This is a pu'erh tea with the typical Xigui characteristics which is special selected by TeaVivre, you can taste and enjoy it according to the product introduction.

On the west bank of the Lancang River, there is a small mountain village called Xigui. Not only does it have a nice name, it also produces a very famous Pu'erh tea - Xigui Ancient Tree Tea. It is said that Xigui tea is rich in endoplasm and can brew multiple steeps. The tea liuid is full of taste, the aroma is high, the cha qi is strong but the taste is soft and delicate, accompanied by strong sweetness and fluid production, and the fragrance lasts for a long time.

Indeed, we were attracted by its long-lasting aroma when we drank it for the first time, even the last few steeps, it still exists. The first three steeps are soft and sweet, the fragrance gradually spreads in mouth; from the forth steep, we may feel a bit astringent on the tip of the tongue, but it will dissipate soon, and followed with a strong sweet aftertaste, producing a copious secretion of saliva. The next few steeps become mellower, with a hint of rock sugar flavor. In the end, it will become sweet and soft again. After drinking, the fragrance of tea has been lingering in our mouth and nasal cavity; even drinking plain water we will feel it has a sweet aftertaste.

Xigui Village lies in the eastern area of the Bangdong region. Bounded by Lancang River on the west, this village sits along a large altitude gradient of 3,300 meters at its western boundary to only 800 meters at its east. This is uncommon in Yunnan province, and as a result establishes the village as one of the most precious and treasured production areas for pu-erh tea. The average temperature here is about 21℃, and it receives about 1200mm of rainfall a year. All of these conditions are favorable towards crop growth.

Most of the ancient tea trees in Xigui are grown in the old forest here, with some trees up to 200 years old. By 2012, Bangdong Township had more than 3,570 acres of tea gardens in total, including 1,275 acres of precious ancient tea gardens. 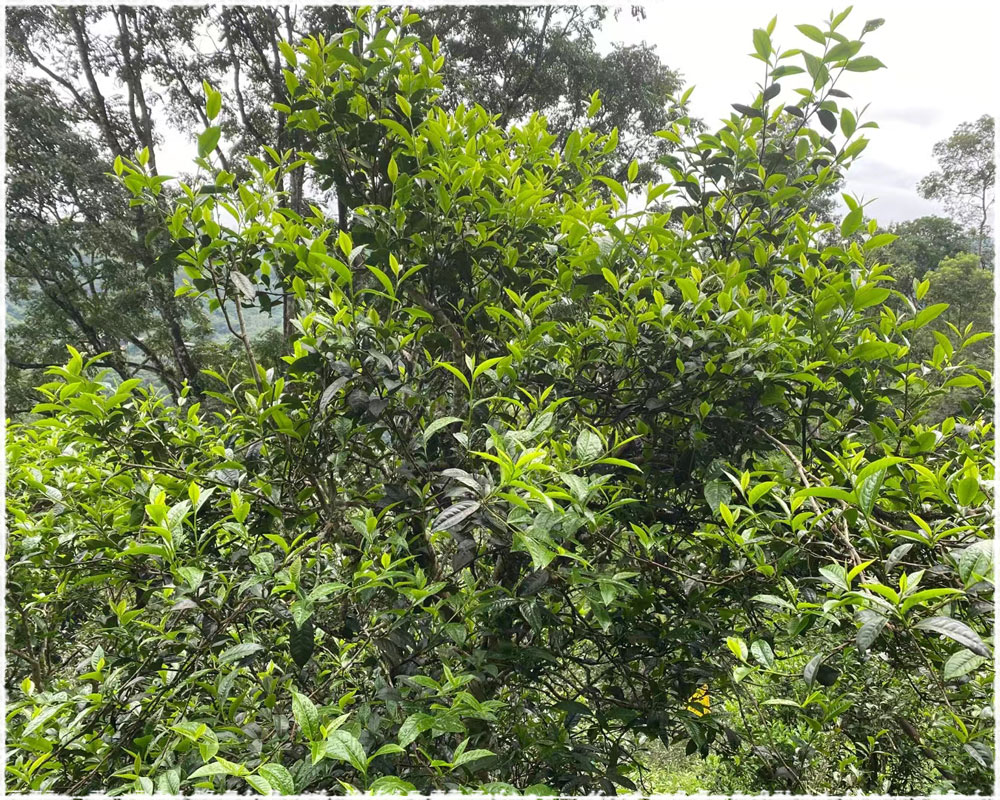 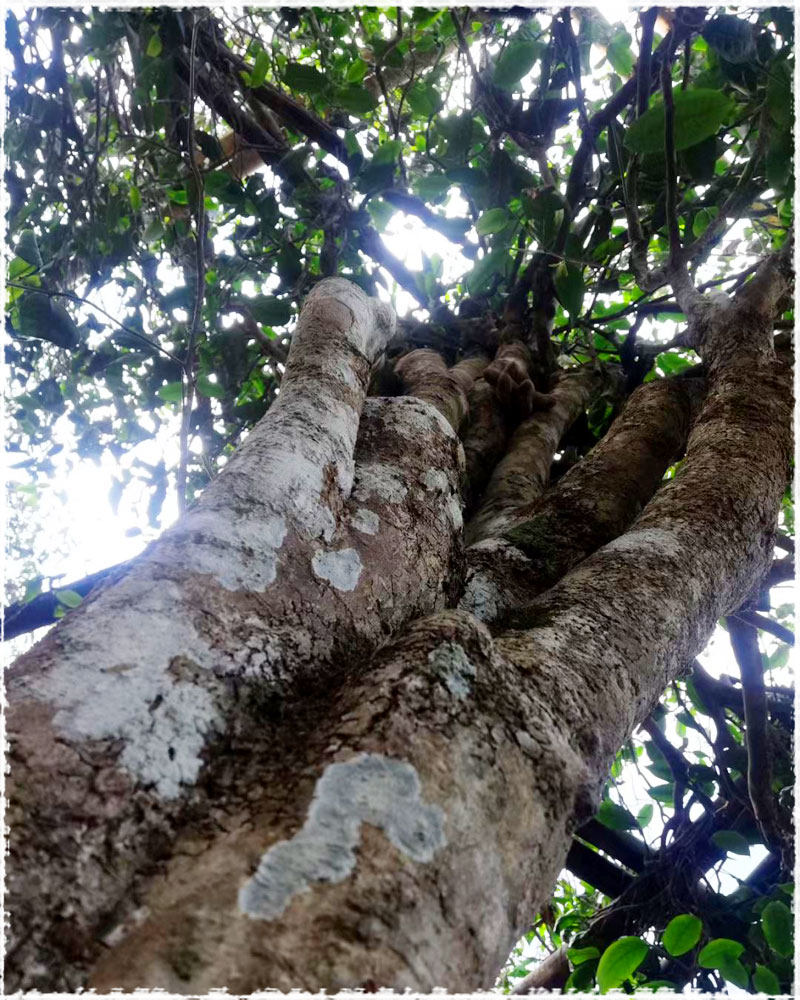 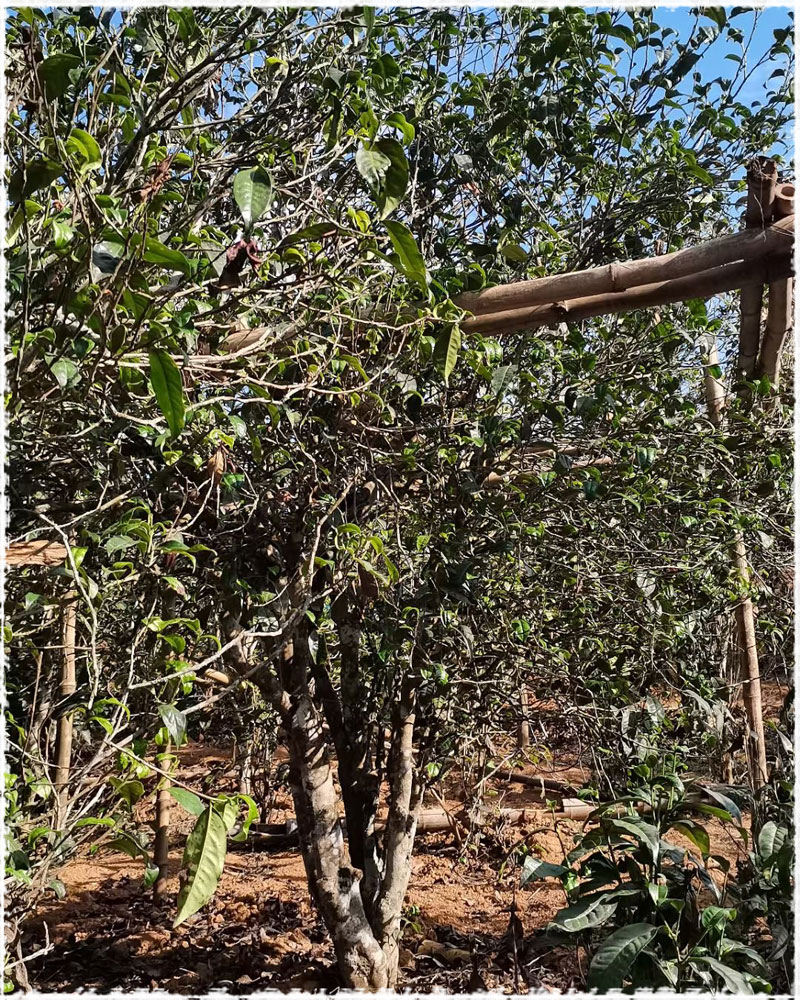 Xigui Village is a small village in the mountainous area of Bangdong Township, Lincang, Yunnan Province at the eastern foot of the Bangdong Snow Mountain chain. Unsurprisingly, there are tea gardens located in these mountains at elevations of over 2,000 meters above sea level. With a sea of clouds always hanging over the lower parts of these mountains, sunlight is often unable to penetrate to the ground until past noon: this means that the tea trees are hazed by mist throughout most of the day, and absorb the essence from the clouds. Lu Yu once said in his work The Classic of Tea: “Better mountains, better mist, and better tea.”

The Bangdong large-leaf species is an arbor type of tea tree, and is quite large. Originating in Bangdong County, Lincang, these trees can grow up to 9 meters high, and contain a high amount of tea polyphenols and catechins. The spring one-bud, two-leaf tea contains 2.8% amino acids, 28.3% polyphenols, 4.4% caffeine, 18.5% catechins, and 46.4% water extractives.

The tea leaves used to make this cake were carefully selected and picked from trees of this variety, about a hundred years old. These trees are grown entirely naturally, without any fertilizer or pesticides used and only manual trimming and care techniques. 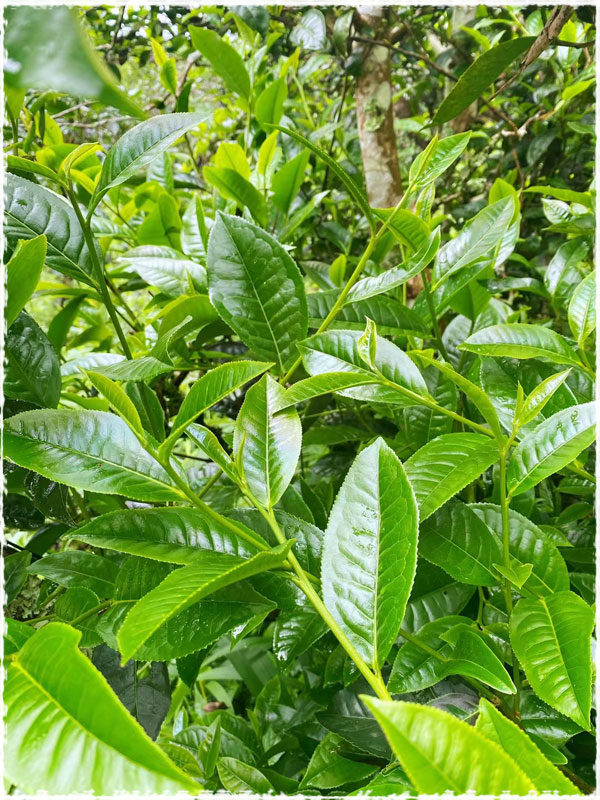