A gaiwan is convenient for multiple reasons, as it allows the tea drinker to observe the color of the liquid, smell its aroma, taste its flavor, and see the tea leaves while they brew, as well as being easy to clean afterwards. The material enhances all of these attributes of the tea as well, with TeaVivre’s Yixing Zisha gaiwan combining all of these advantages into one. Because of the clay’s good heat retention, it is suitable more for brewing tea at higher temperatures, such as oolong and pu-erh. 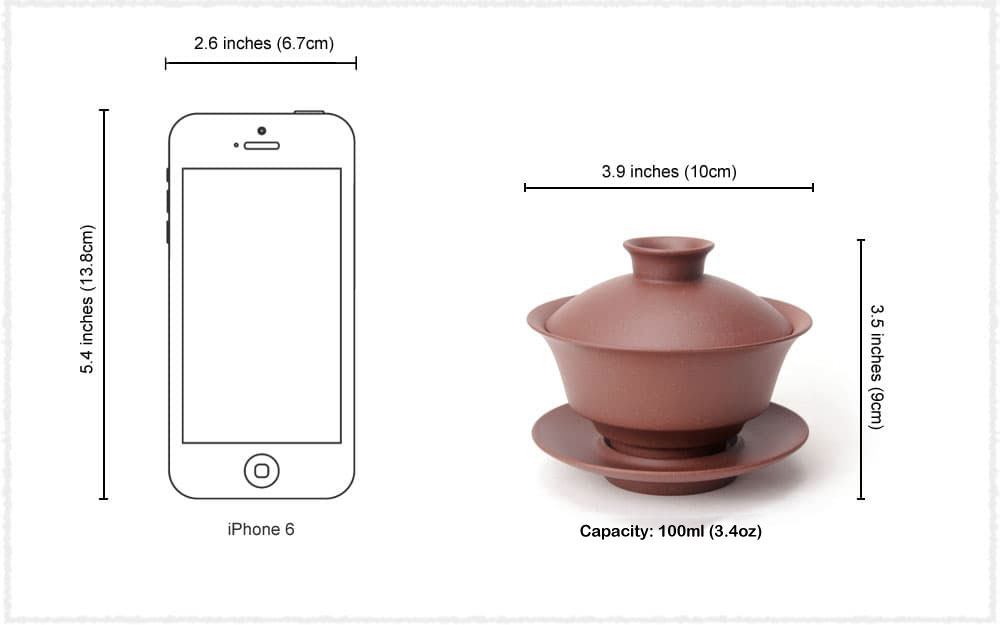 Di Cao Qing was originally produced in Huanglong, Dingshan, Yixing, in Jiangsu Province, widely used by teapot makers early in history; now, however, it is extremely rare. The turquoise Ben Shan particles, known as “corn” or “cat’s eye”, are unevenly distributed in the original ore - when the clay is mixed and then fired, it becomes mild and exquisite, purple with golden speckles and with the surface taking on a ruddy and somewhat oily texture.