This tea has strong rice crust aroma with full-bodied taste, commonly known as the coffee of tea.

Huang Da Cha Yellow Tea is one of the famous teas in Anhui Province. The plucking standard of this yellow tea is one bud with two or three leaves, characterized by brownish yellow leaves that mixed with leaf stalks. The production process of Huang Da Cha is strictly in accordance with the production process of yellow tea. But different from ordinary yellow tea, like Huo Shan Huang Ya, this Huang Da Cha has been heavily roasted, which give this tea a rich fried fragrance, in China, we call it “rice crust aroma”. This fragrance often reminds people of coffee, so the tea also been called “coffee of tea”.

Shi Gu Tea Garden, located in Guihua Village, with the average altitude above 800 meters. There is a 1200-year-old osmanthus tree, which is the oldest osmanthus tree in China. Every year during the blooming season, a faint smell of sweet-scented osmanthus flowers will pervades in the whole village. Meanwhile, there also has a long history of tea growing. With high mountains and dense fogs, the air humidity here is relatively high, which provide a good ecological environment for the growth of tea tree. 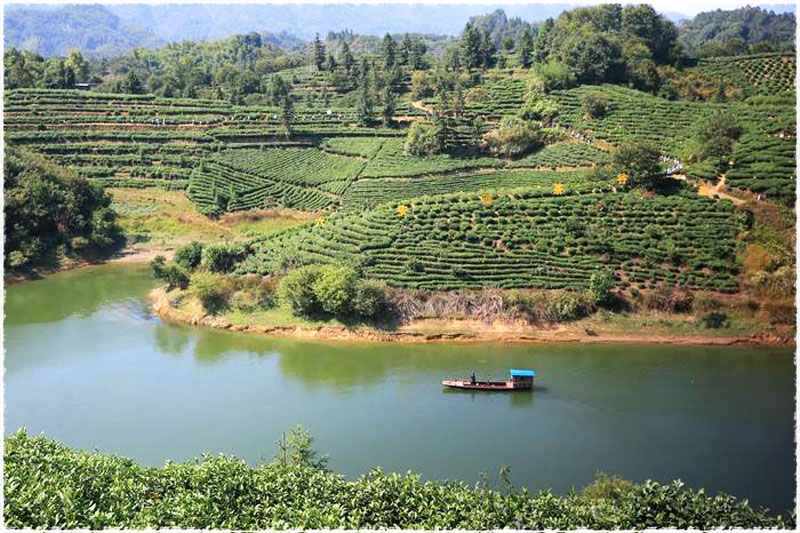 Jinzhai County, belonging to Liu’an City, is located in the hinterland of the Dabie Mountains. It is also one of the core production areas of China's top ten tea Liu An Gua Pian Green Tea. Jinzhai has long tea history, people started to cultivate tea in the Han Dynasty. The large scale of red soil here provides an excellent growth condition for tea trees; warm climate and abundant rainfall provide a very favorable natural environment for the growth of tea trees. 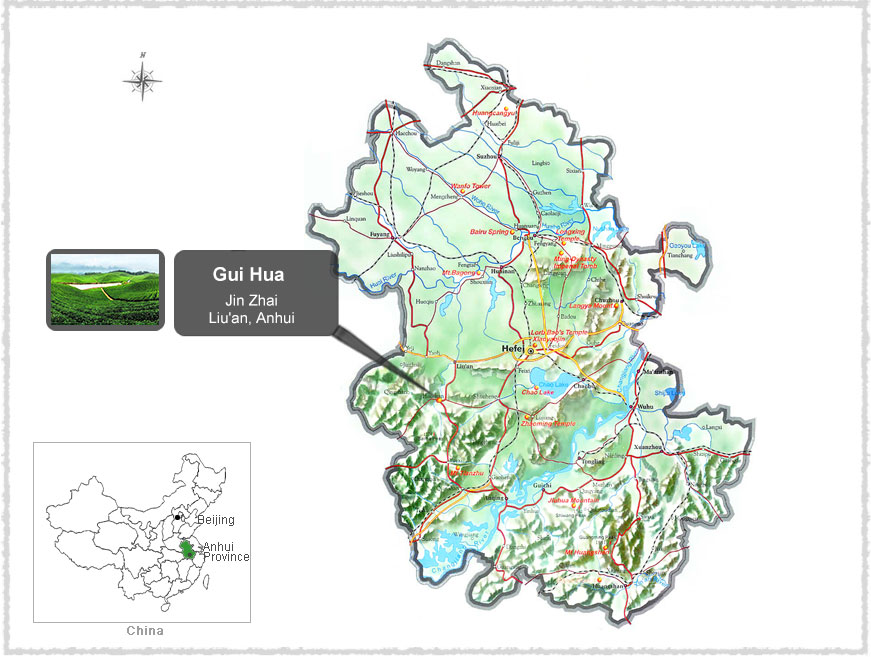 The tree species that produces Huangda Tea is shrub-type tea trees, which are mainly long elliptic leaves, soft and dark-green in color. Tea leaves picked in spring contain 29.3% of tea polyphenols, 14.0% of catechins, and 4.5% of amino acids. 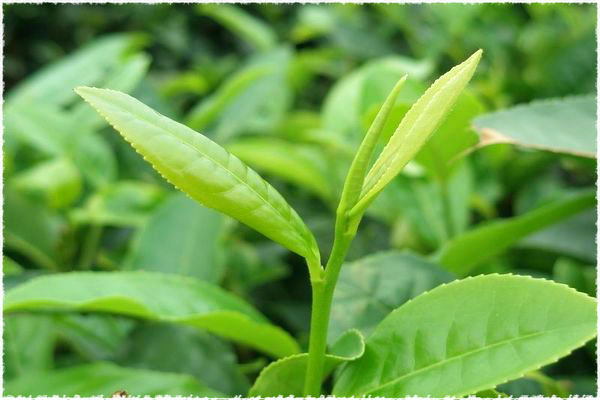 Yellow tea can be classified into Huang Ya Cha, Huang Xiao Cha and Huang Da Cha according to the size of its fresh leaves. Huang Da Cha was firstly produced in the Longqing period of the Ming Dynasty, which has a history of more than 400 years and is also a peak period of yellow tea production development. The appearance of Huang Da Cha is a strong evidence for the evolution of Yellow Tea from aristocratic tea to civilian tea. At that time, Huo Shan Huang Ya is very expensive for ordinary people to drink due to its extremely complicated production process; while the Huang Da Cha adopts a relatively simple production method and can be mass-produced which is more acceptable for ordinary people.