Just like our Bi Tan Piao Xue Jasmine Green Tea, this tea uses a traditional scenting process to combine the Mao Feng green tea leaves from Sichuan with Hengxian jasmine, bringing out the freshness of the tea and the aroma of the flowers. In contrast to the final Ti Hua process used with other jasmine teas, this one uses a unique Chao Hua pan-frying step after the final scenting process. This is to better mix and fry the scented tea with the flowers in proportion, both increasing the aroma and sharpening the appearance of the finished product.

When brewed, this tea is sweet and rich; it is a good daily drink choice for tea lovers who prefer strong, long-enduring teas.

He Ling Tea Garden is located in Yibin City, the “Hometown of Early Spring Tea”. It sits at an average elevation of about 1000m, with fertile soil in a mild climate. Clouds surround the garden year-round, aiding in the growth of the tea trees; the garden’s distance from cities and pollution along with its nearby bamboo forest also provide a superior natural environment. 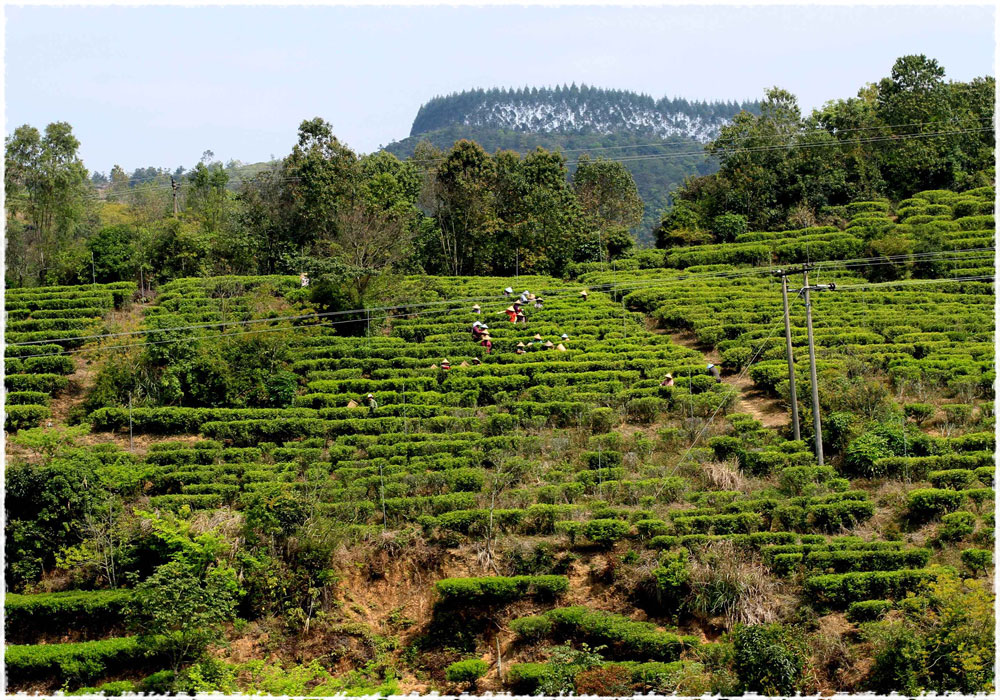 Mr. Chen has been learning how to make tea since he was 15 years old, and with jasmine tea specifically for more than 40 years total; it has become very familiar to him, and he does it in his own special style, which has earned a reputation among tea lovers.

He told us that “jasmine tea is among the most complicated varieties in all of teamaking. With more scenting steps the process becomes steadily more complex, and so too does the risk of ruining the tea increase. But, on the contrary, it also results in a higher grade of end product if the scenting is successful. The buds picked in spring must be immediately processed and frozen until the jasmine starts to bloom in the summer; because the blooming and peak aroma of the jasmine occurs at night, it is important that the scenting is done overnight as well. This often exhausts the tea workers; the entire process is tough, but if you love it, the hardship is worth it.”

Yibin City sits along the intersection between the Jinsha, Minjian, and Yangtze Rivers. Since ancient times this area has served as a hub of transportation and trade between the mainland and southwest, especially as an important port to transfer tea between Sichuan and the Jiangnan region. The climate is humid with abundant rainfall and rich soil, and is overall suitable for growing tea trees. 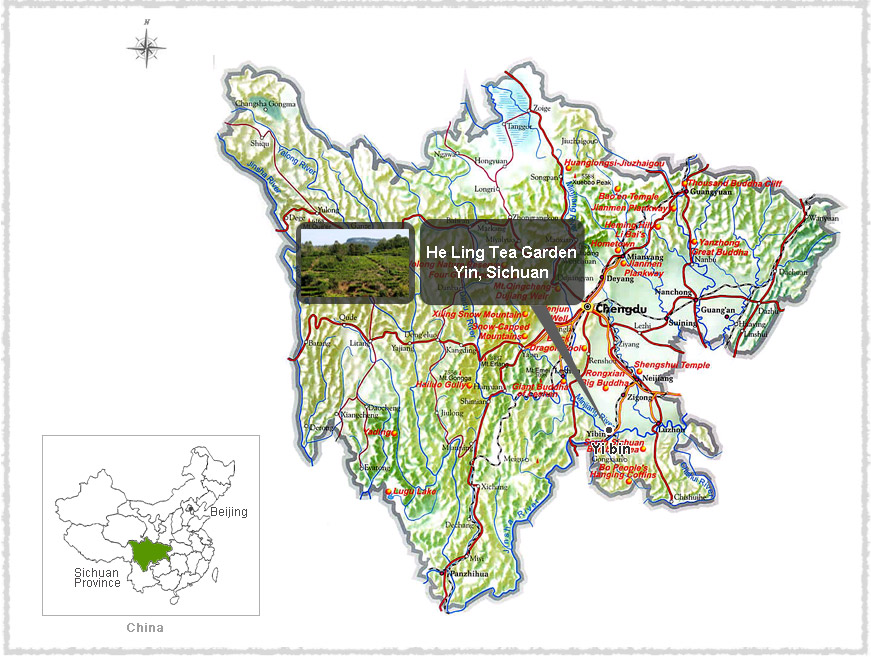 The jasmine used to scent this tea originates from Guangxi, where it has earned its reputation nationwide. Hengxian, known as the City of Chinese Jasmine, is the most notable area of production - and earned its name for its ability to produce jasmine flowers of both high yield and high quality. 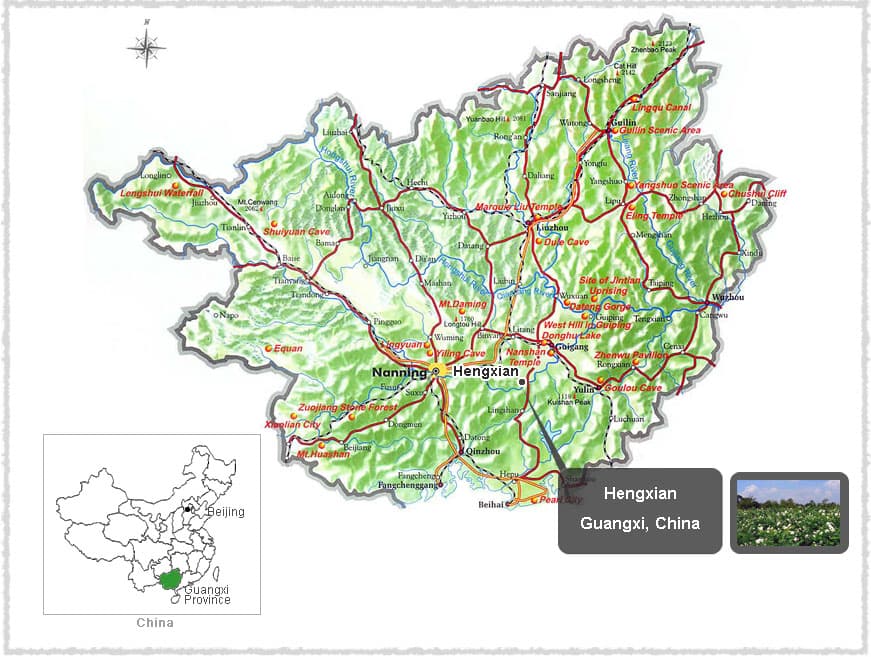 Scented green tea has a history stretching back over a thousand years, to the first innovation of adding spices and flowers to tea during the Song Dynasty around 960 AD. During the Ming Dynasty in the 1500s, the modern method wherein flowers are added to the tea prior to drying was introduced; however, at this time jasmine tea was quite rare, due to the complexities of the steps needed. Then during the mid-1800s in the Qing Dynasty, the production methods were perfected and as a result the number of tea farms rapidly increased, leading to higher volumes and lower prices. This in turn led to a surge in popularity, which the tea has retained to this day.