Classic shape of teapot combine with the delicate embossed lotus, it is absolutely an artwork no matter where we place it.

This teapot is modeled by the Fanggu teapot, with even and complete lines. The teapot body and lid are embossed with a lifelike lotus blossom on one side, while the other side is bright and clean, with little design, giving it a refreshing, just-right aesthetic that is highly unique. 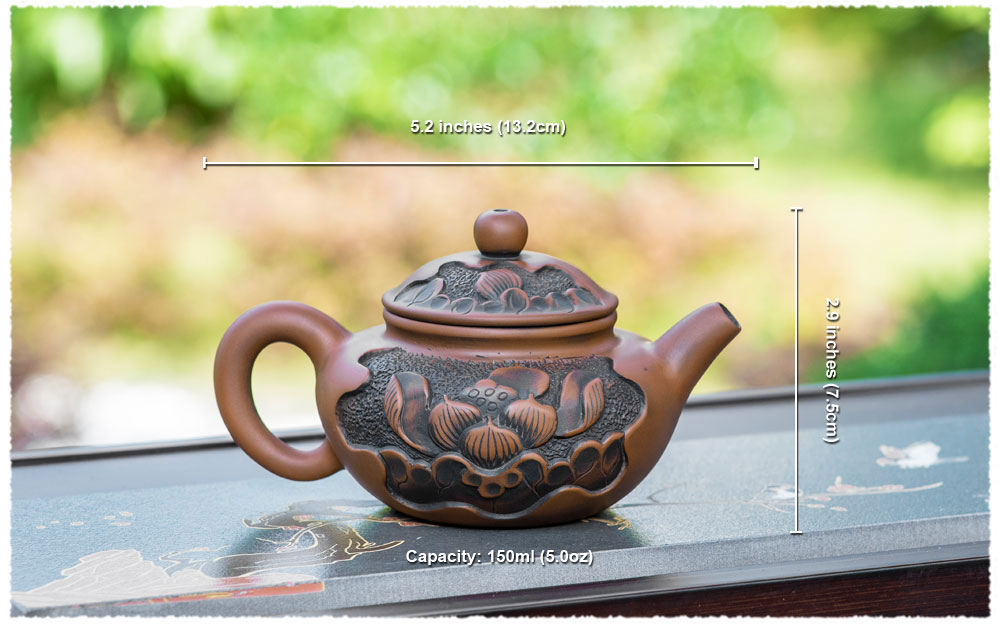