This Pu-erh tea, with organic tea’s unique natural sweet taste, is the best choice for people who are looking for organic Pu-erh tea, and it has large transform space in the future.

The origin bushes for most pu-erh teas usually grow in high-altitude mountains, where the environment is natural and ecologically sound, far away from pollution and other artificial intervention. Because of this, usually we don’t need to concern ourselves about the organic status of the tea but this can be torture for people who pursue and seek real organic quality. It is not very often that pu-erh teas can earn and wear the organic certification. So, TeaVivre specially selected two kinds of organic pu-erh to satisfy these tea lovers.

This organic Yunnan palace-ripened pu-erh tea comes from organic high-mountain gardens in Cangyuan County at an altitude of about 1800 meters, right in the core of one of the main pu-erh production areas. The farmers choose the highest grade (palace or superfine grade) raw materials to make this tea, meaning it has a high proportion of tea buds, and both the raw materials and origin bushes have passed the tests for many organic certification agencies.

Because this is a new tea just produced in 2016, the first few steeps may be a little rough and turbid, but the taste will even out and become sharper and clearer after the third steep, and take on a charming red wine color. The aroma of the tea is like sweet rice, and it has a delicate, soft taste, thick in the mouth and with a rich rice-sweet aftertaste. Also because it is relatively young, the taste is a bit light and not as full and complicated as other older pu-erh teas; this is more suitable for people who are newer to pu-erh.

The leaves of this tea come from the Tuanjie Dazhai tea garden at an elevation of about 1800 meters, in Cangyuan County. The mild, humid climate and the mountainous geography lead this garden to be shrouded in clouds and mist year-round, and under the nourishment of sufficient water, the leaves from the tea plants here can be kept tender and fresh for a long time. Meanwhile, the abundant rainfall gives this tea its rich color and luster, and superior taste. 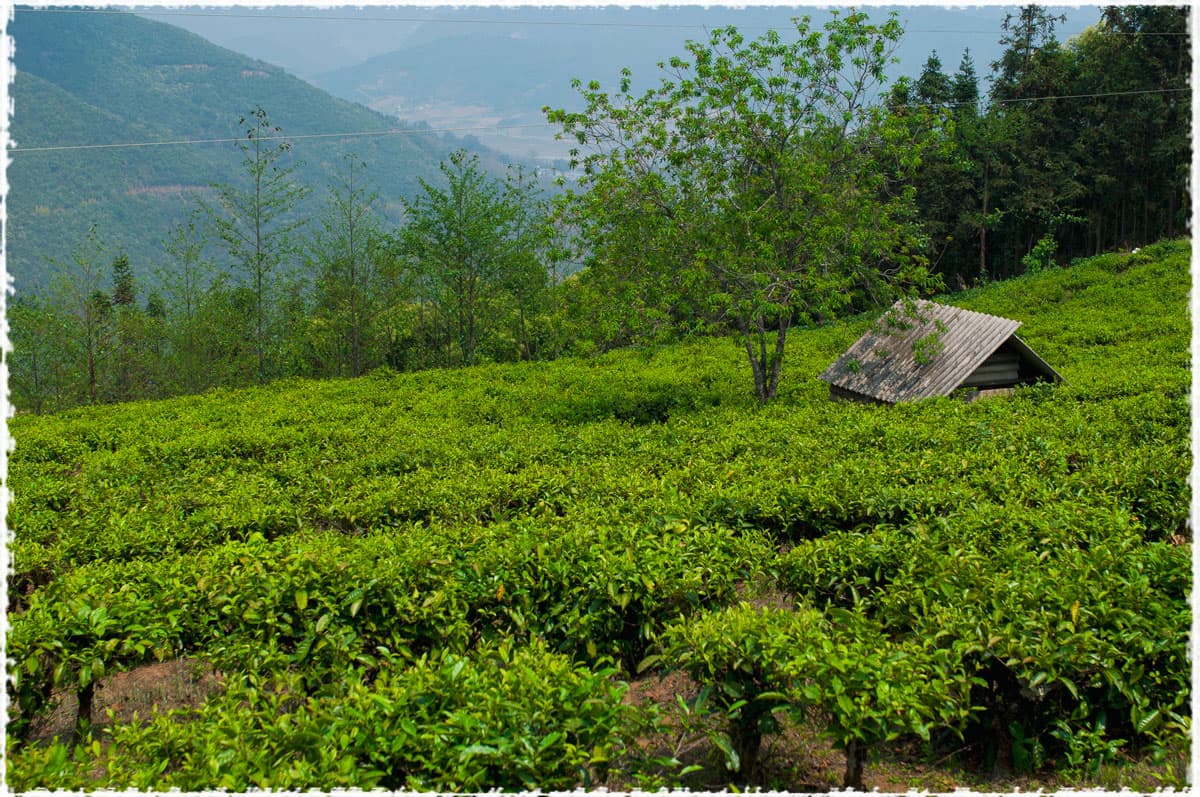 Along with the superior natural geography, the managers of this tea garden apply the concepts of modern scientific management - as in, they control the distances between the growing trees, they weed the garden at regular intervals, and the prevent and cure pest infestations by using physical insecticidal methods and lure boards. 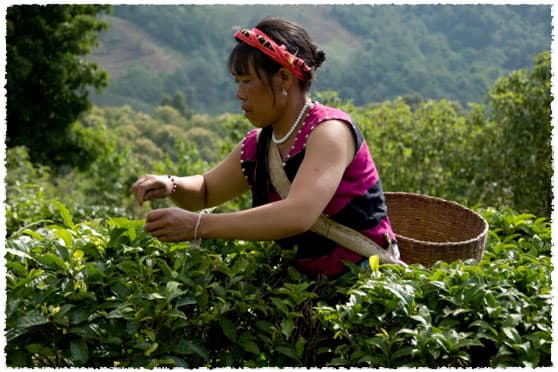 The head of this tea garden told us that they have been planting tea here for thirty years, and the trees are now in their stable growth period. This garden also provides a haven for some types of birds, which in turn further lower the threat of pests. Because of all of these traits, this garden is certified by the organic designations of the EOS, NOP, JAS, and China, and can provide high-quality and organic tea.

Do you know anyone who has devoted themselves to doing one thing, purely out of love? Ms. Tan, the producer of TeaVivre’s Organic Yunnan Palace-Ripened Pu-erh tea, has dedicated herself to her craft for thirty years.
When asked about ripened Pu-erh tea, she says that the most important stage of production is the “moisten heaping”, or secondary fermentation. Ms. Tan told us, “The fermentation conditions of pu-erh are very strict. First of all, there must be a suitable workshop and surrounding environment for fermentation, since only in a good environment will the tea not have a sour, bitter, rancid, or otherwise strange smell. In addition, a good pu-erh tea requires large-scale fermentation, and the regular ‘moisten heaping’ needs at least two tons of tea for this. If there is not enough tea, the contact area between the leaves and the air is too small, and the humidity and temperature cannot meet the requirements - so the taste will not come out as well.”
When we ask why she remains making ripened pu-erh tea after more than 30 years, she told us that pu-erh is both her favorite tea as well as a way of life itself. She thinks deep in her mind that it is a true good, and she wants to share it with ever more people. She crafts the tea herself and aims to make it the most authentic, so that people will discover the real taste of pu-erh. Year after year, she has been making her tea for more than three decades by holding this simple and pure thought. 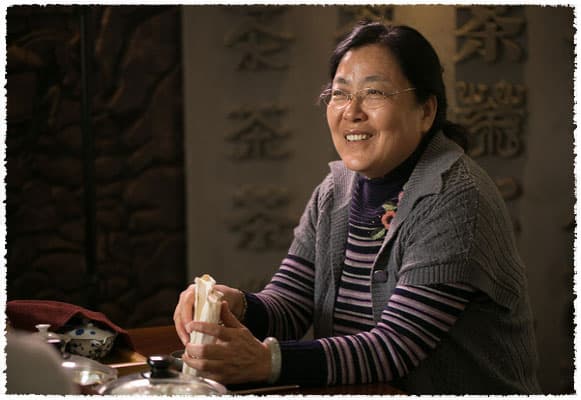 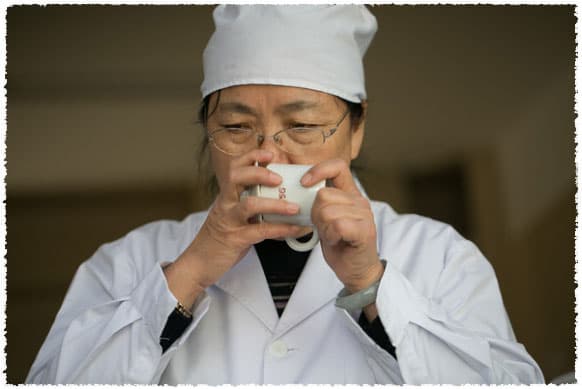 Cangyuan County lies in the southwestern part of Lincang City. It is not a large area, but many people of the Wa ethnicity live here, as one of the earliest people to engage in tea cultivation. Cangyuan is also one of the homes of the original ancient tea trees, and has many regions where these trees flourish hidden in the mountains. According to national records, the best-preserved community of ancient trees in Cangyuan is over 50 acres in size, and contains more than 200 trees all around 400 years old. People here also grow walnuts, sugar canes, and other crops high on the mountains; the superior natural environment and climate provide abundant opportunity to grow high-quality crops. 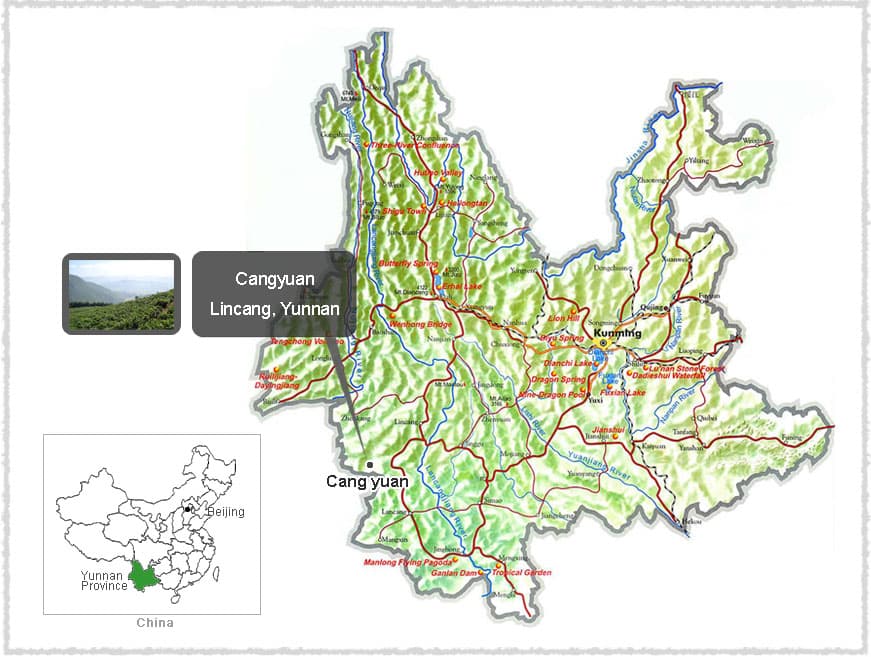 The Yunnan large-leaf tea tree is a rare variety in the world. Yunnan has a unique advantage when it comes to geography, as its abundant rainfall and prime temperature are perfect for planting these types of large-leaf trees. The leaves from these trees are abundant in polyphenols, catechins, amino acids, and caffeine. 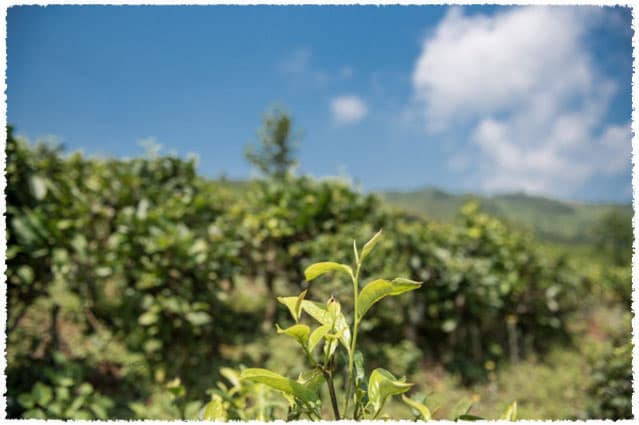