The tea liquid is soft but rich, worthy of the name: Qian Qiu Sui.

Fengqing County is very rich in ancient tea resources. Wild and cultivated ancient tea trees are formed into forests and can be seen everywhere. Among them, the world’s recognized strongest and oldest tea tree "3200-year-old Jin Xiu tea ancestor" grew on this land. The raw materials for this Qian Qiu Sui Pu-erh cake come from this group of ancient trees, which give the tea a unique wild charm of ancient tree tea. As soon as the package is opened, the sweet and honey fragrance of the dry tea comes to our face. The tea liquid is refreshing and clear, and the taste is rich, with a lingering fragrance and strong sweet aftertaste in mouth after drinking

There are fifteen towns in Fengqing that cultivate old tea trees, including Xiang Zhu in Xiaowan Town; Xinyuan; Dashi Village; Mengyou Village; Yongxin; and others, all in all totalling around 31,000 mu. Mengyou in Yunnan is an area thick with wild tea trees, half wild and half cultivated. Many of the old trees here are aged to a few hundred years, while a rare few are a thousand or more. The ancient tea plantations here in Mengyou establish a special cultural landscape, giving great vitality to this place.

The raw materials for this Qian Qiu Sui were sourced from several locations across Mengyou, with the major raw material coming from Xiangzhuqing in Xiaowan Town. It's also home to the 3200-year-old Jinxiu tea ancestor. Angel and Chris have also paid a visit. 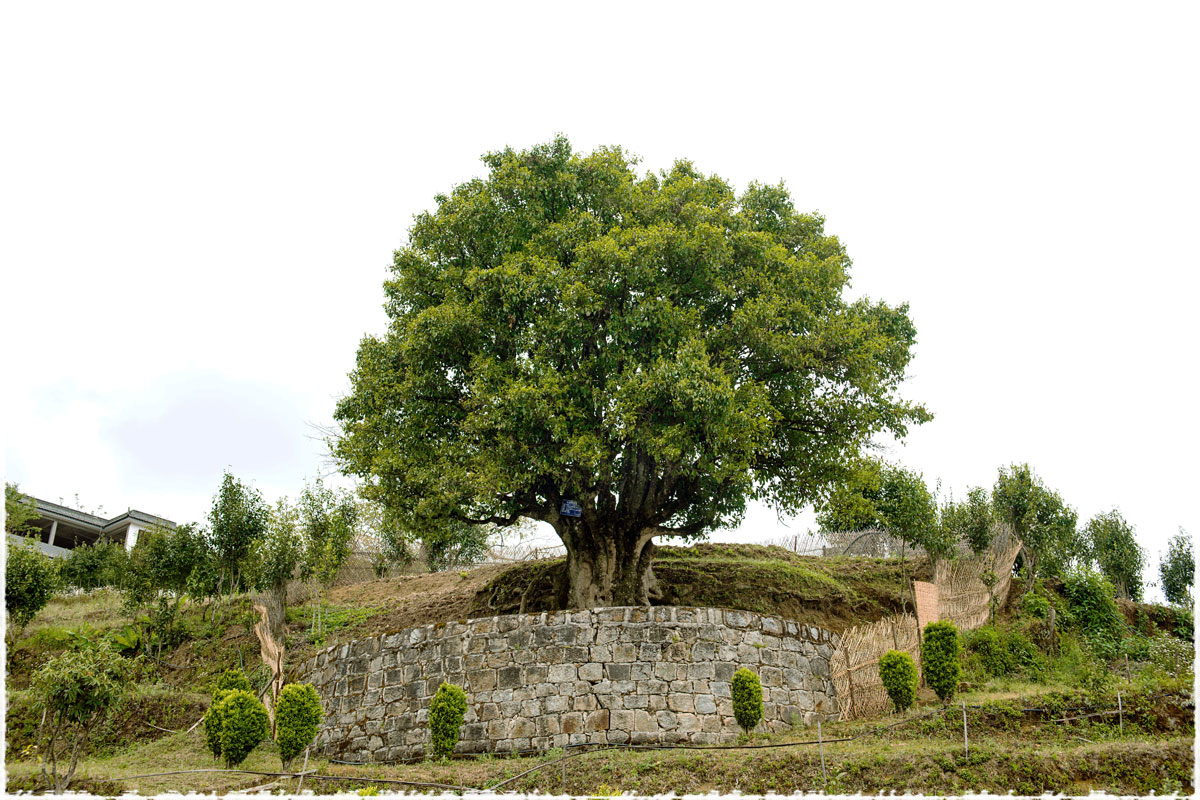 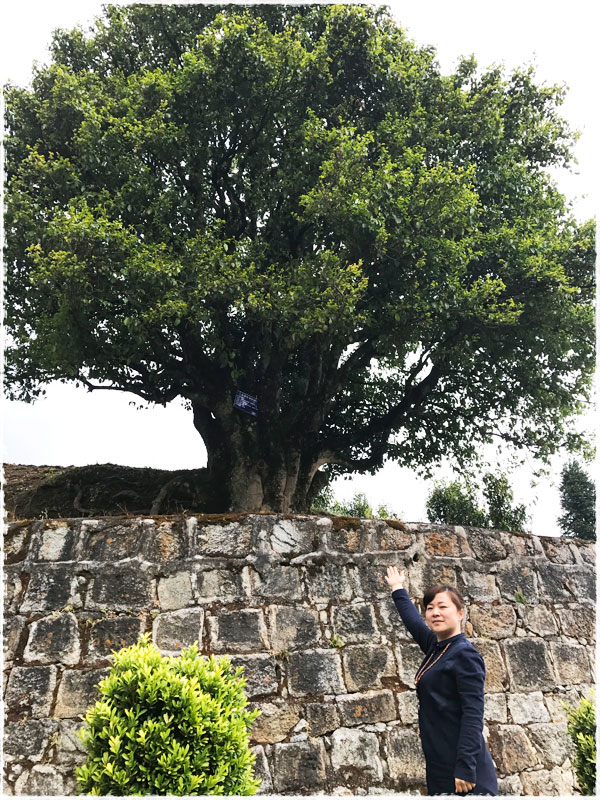 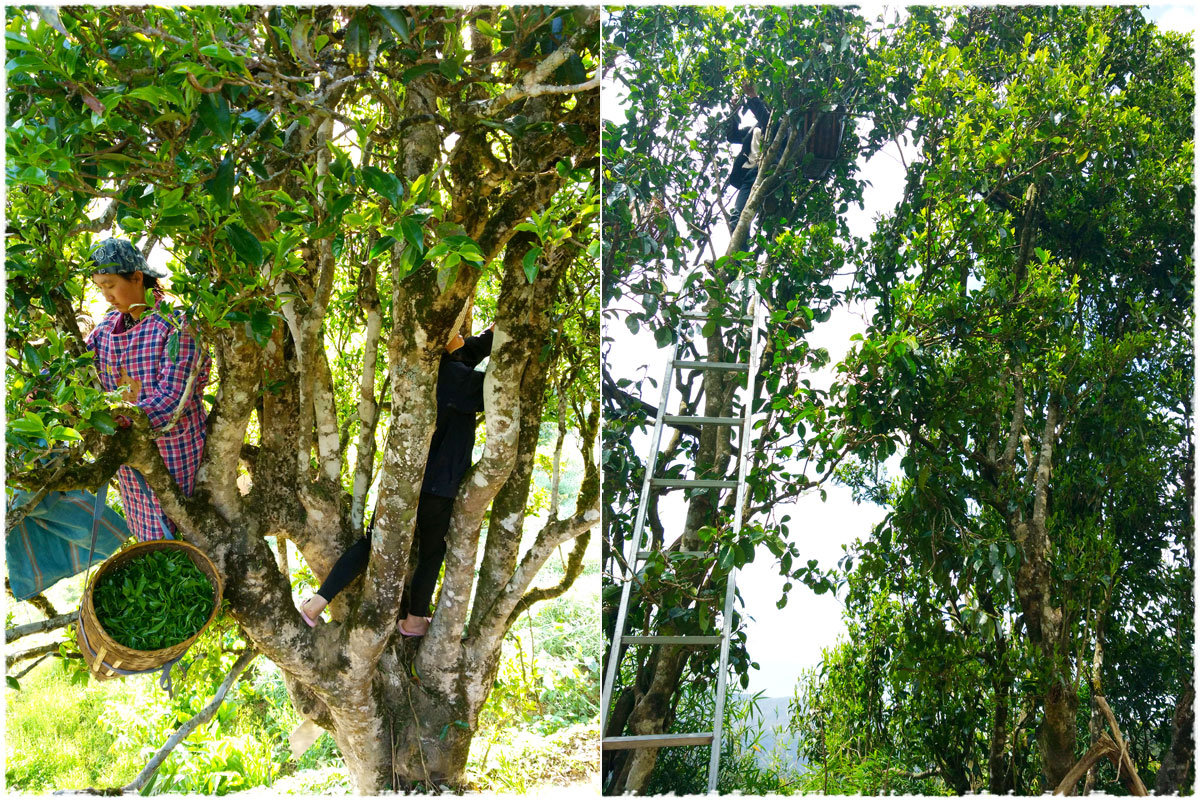 This pu-erh cake comes from the representative pu-erh production area, Fengqing, in the southern part of the Dianxi Longitudinal Valley. Fenging is a county in the northwest of Lincang, one of the four famous pu-erh production areas (among Xishuangbanna, Pu’er, and Baoshan), and is one of the first birthplaces of tea in the entire world. It is also famous as the hometown of Yunnan black tea in Lincang. Fengqing has a long history of planting, producing, and drinking tea, and the land features a throng of mountains webbed with rivers.

This tea is made from the Fengqing large-leaf species, a type of Yunnan large-leaf tea tree which are over 300 years old and mainly over 800 years old. It propagates sexually and takes the form of a super large-leaf arbor, which means that this plant can grow to over six meters tall. In 1984 the Fengqing large-leaf species was certified by the Chinese government as a national grade. It contains an abundant amount of tea polyphenol and catechins, 30.2% and 13.4% respectively, and also contains 2.9% amino acids and 3.2% caffeine. 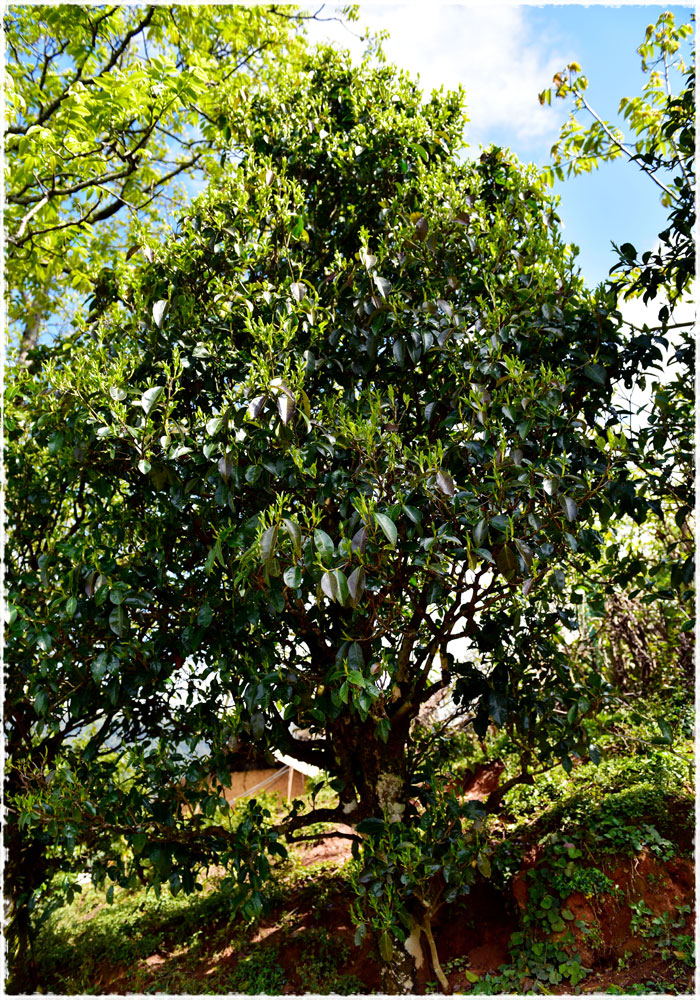