Tea pitcher is an essential part of tea ceremony; this one is practical and versatile. 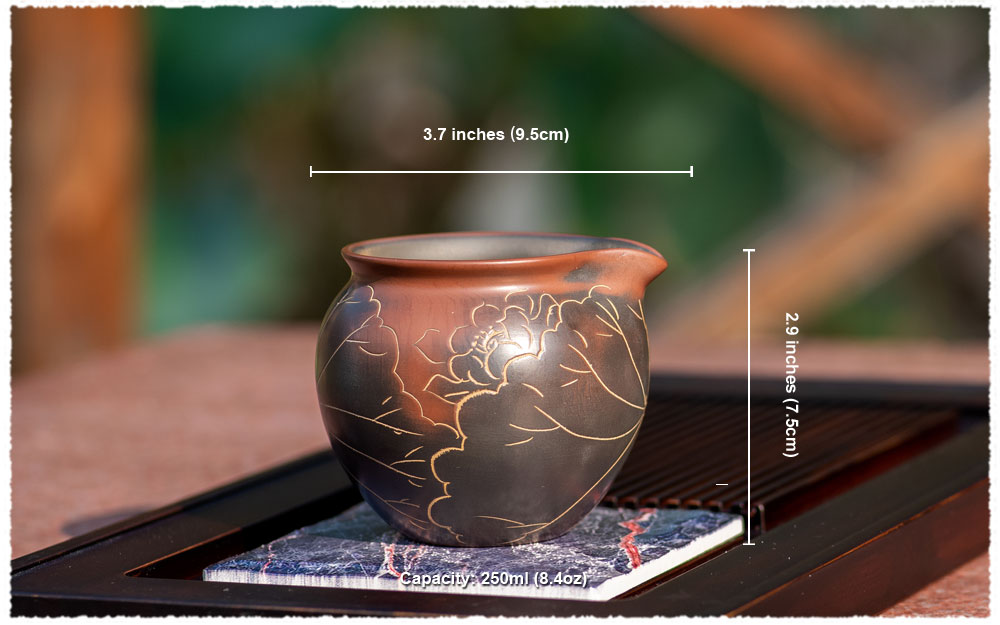 This tea pitcher has simple design. It is craved with two lotus leaves and a lotus flower wrapped around it. The edge of the tea pitcher has a concave design, which is convenient for us to hold, not easy to slip, and can also prevent scalding.