No - the name of this tea is understandably confusing, but in reality this tea is a Hong Qing-process type of green, non-fermented tea. The name contains ‘white tea’, bai cha, because it is made from a special tea species, Bai Ye No. 1. In the month or so of spring each year when the average daily temperature is below 23 degrees, the leaves of this species remain chlorophyll-deficient, resulting in a yellow-white appearance - and tea picked from these bushes during this period will retain that color throughout both drying and brewing. The color is a unique feature of this Anji Bai Cha green tea.

This tea was picked prior to Gu Yu with the one-bud, one/two-leaf standard. Compared to other green teas, Anji Bai Cha is particularly rich in amino acids, lending it both a full-bodied taste as well as a soothing effect on the drinker.

When brewing we recommend using a transparent glass teapot and cup, so that you can watch the leaves stretch and unfurl as they brew. The tea itself is sweet, mellow, and smooth, with a notable umami note as well.

Xishan Tea Garden is located in Changxing County at an elevation of 500-800m. The region has rich, fertile soil and abundant rainfall, providing a prime ecological environment for the growth of tea and accumulation of nitrogen compounds and other important nutrients, further embellishing the taste of the tea.

Landscape of Xishan the tea garden 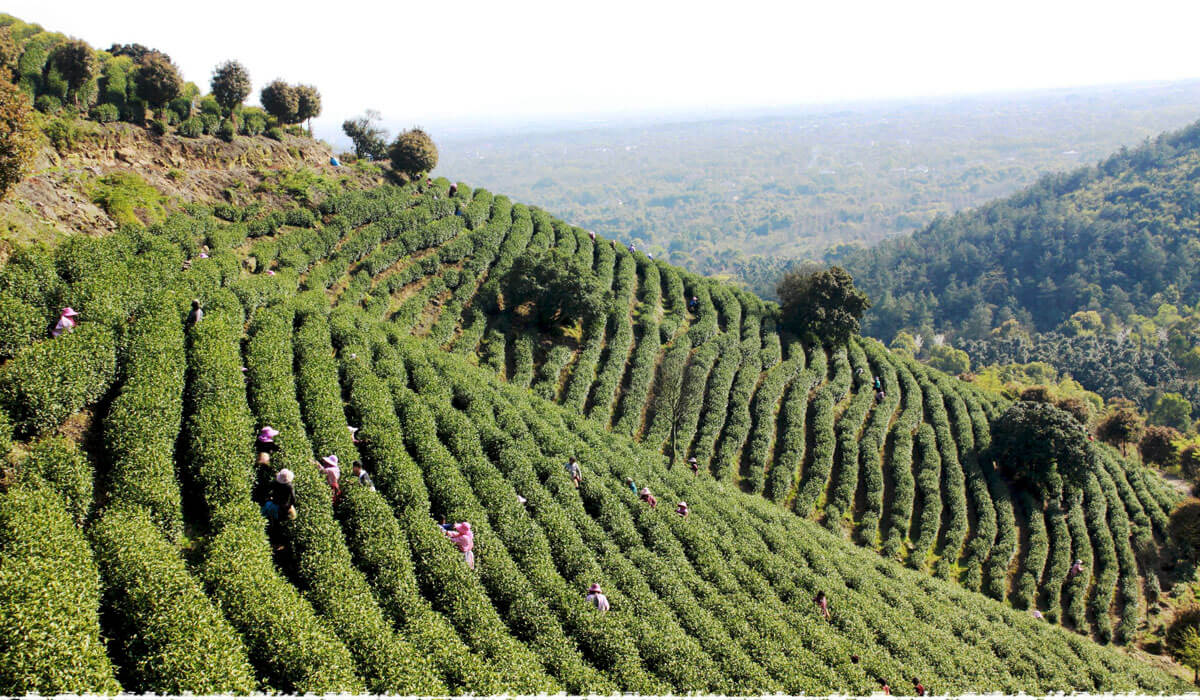 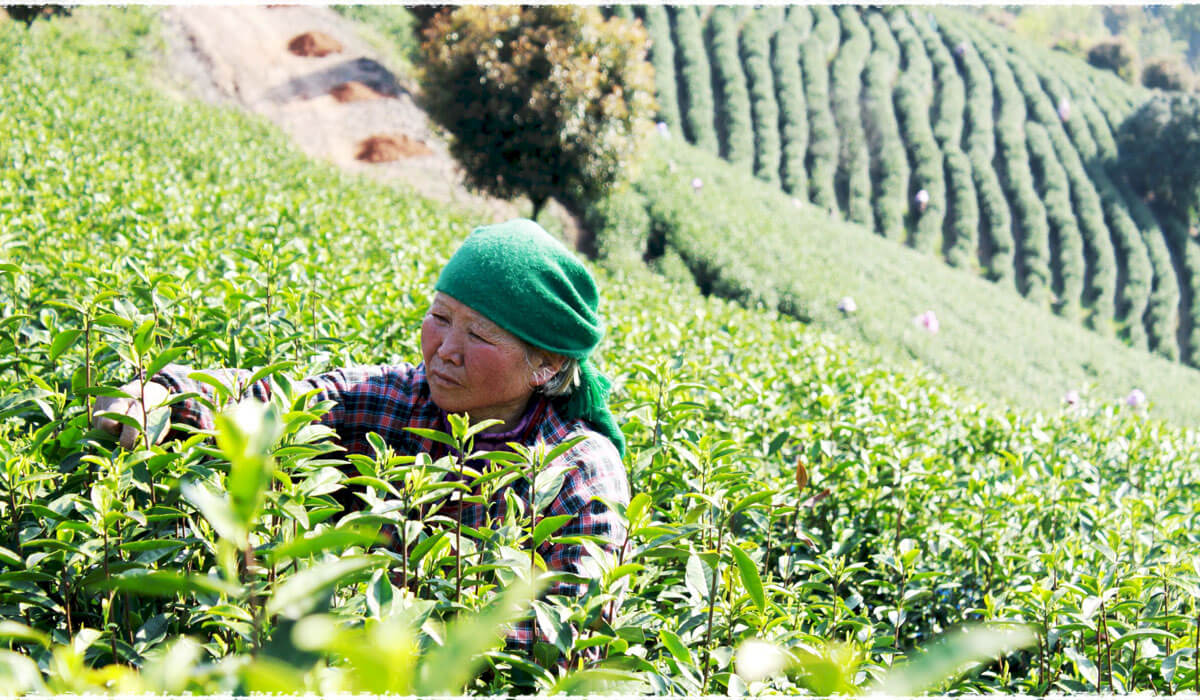 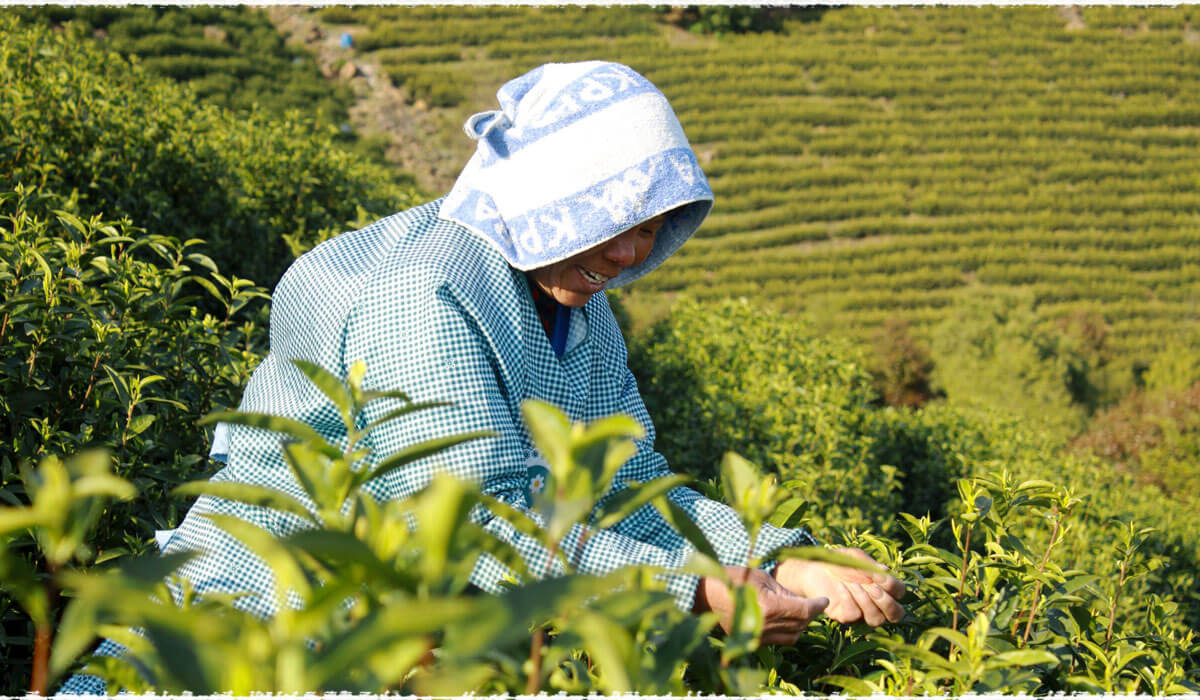 Mr. Xiao was born into a tea family, surrounded by tea mountains and farms with various tea-making tools in the home. He had always been interested in tea, so from a young age his father began to train him in the craft. After graduating from college, Mr. Xiao returned to his hometown and there officially began working in the industry, following in his father’s footsteps.

He said, “My father taught me how to make tea, and stressed that we must always make tea with our heart and great efforts.”

Huzhou is the second hometown of Lu Yu, and has been producing tea since ancient times. This old city with its history of longer than 2,300 years has not only a great humanistic environment but also a rich, fertile ground for tea culture, having once been known as the “tea capital of eastern China” during the Tang dynasty.

Huzhou is close to Taihu Lake, facing Wuxi City and Suzhou City. The fertile soil and warm climate here are excellent for the growth of tea trees. 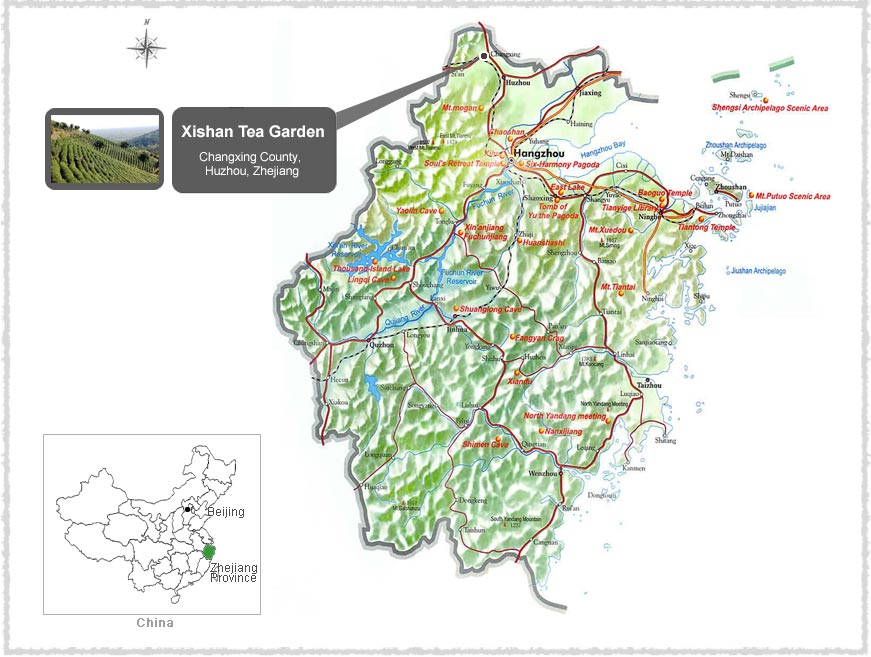 Bai Ye No. 1 is the species used to make Anji Bai Cha, and is mainly planted in Huzhou City in Zhejiang Province. It has been recognized as a rare tea tree variety compared to other types, as a low-temperature sensitive varietal with a staged albino phenomenon - during early spring the leaves lose their chlorophyll and turn a light yellow-white pseudo-albino appearance. Something else notable is that during this period, the amino acid content of the leaves spikes to 6% or more, nearly double that of more common tea tree varieties. 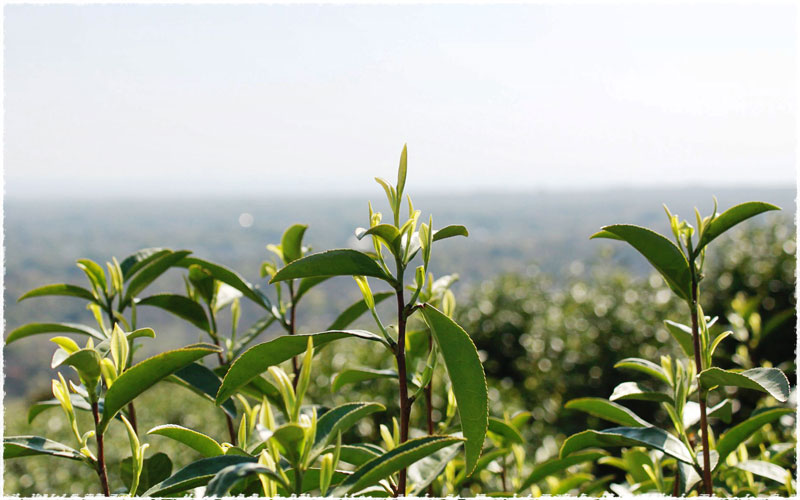 Anji Bai Cha was first produced in Anji, Huzhou, Zhejiang Province longer than 800 years ago. According to records it stood out during the Song Dynasty for its peculiar shape and excellent quality - but soon after it disappeared for many years, until a single plant was discovered in bamboo forest at an altitude of more than 800m. It was discovered by researchers there in the 1970s and was carefully cultivated by clone plants; the Anji Bai Cha we drink today all originated from the asexual reproduction of this single source plant.