Organic Gunpowder green tea is traditionally created by plucking high grade long tea leaves from the tea trees, by hand-rolling them into small tight pellet shapes (also like discoid flower). It is normal that there will be some floating in the liquor because of the processing craftsmanship, which will not affect tea taste. The whole leaf is used in processing, so this tea when brewed allows the pellets to unfurl and dance in the hot water to produce a beautiful yellowish green, even golden color liquor with high aroma, fresh and brisk taste, with hint of caramel aftertaste lingers.

Surrounded by Kwun Tong reservoir (官塘水库), the Baojia organic tea garden where several of our organic teas come from is just located in somewhere in Tianmu Mountains in Lin'an, 800-1000 meters above sea level. At this elevation, superior geographical conditions enable good drainage and moderated sunshine, which are two crucial factors to tea growth.

The average annual rainfall here is about 1, 550 mm. Tian Mu mountains are often covered by cloud and mist, which blocks, to some degree, the direct sun light on tea leaves so that the air humidity and diffuse light can be enhanced. Besides, the soil is high in organic content and has an acidic PH that is suitable for growing tea trees. Therefore, the end teas from this garden are especially tender and pleasant-smelling.

This Organic Gunpowder Green Tea comes from Tianmu Mountain, located in Lin’an, in the northwest of Zhejiang Province, 84 km from Hangzhou. In Chinese, “Tianmu” means “Heavenly Eyes”. Tianmu Mountain got its poetic name from two pools, one on the east peak (elevation of 1480 m) and one on the west peak (elevation of 1506 m). The two pools look like eyes that are gazing at the sky.

With an elevation of 300 m to 1556 m, Tianmu Mountain is well known for its forest ecosystem and landscape which are typical of subtropical regions. 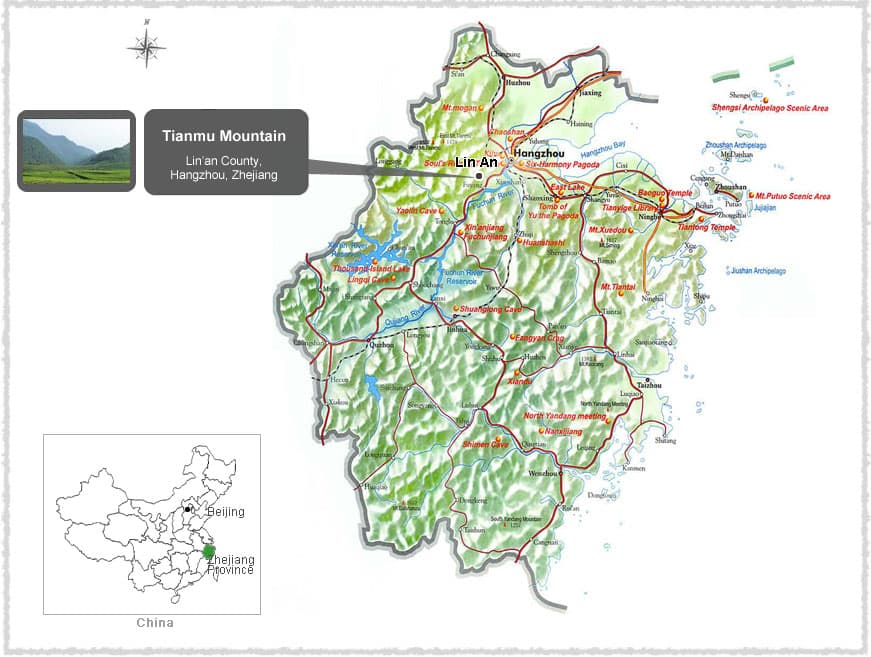 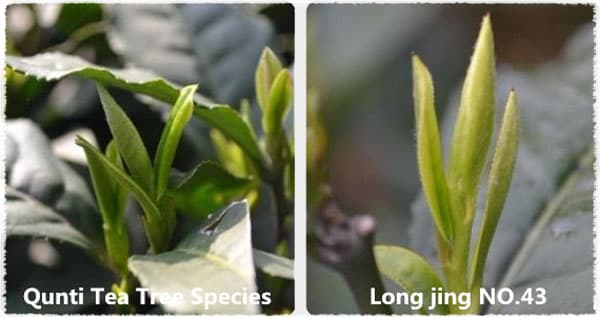 Our Organic Gunpowder Tea is made from the same tea tree species as Longjing, but with different picking time and processing ways which made them of different taste.

Gunpowder green tea has been popular in China since the Tang Dynasty (618-907 AD). It is one of China’s earliest export goods. In the Western world, green tea is just now taking on the popularity that it has in Asian countries, with more people in North America learning about varieties and the manufacturing process of green teas.

At the time of Emperor Kang Xi (1661-1722 AD) of the Qing Dynasty, it became an Imperial Tribute tea. According to historical records, the export of Gunpowder tea reached a peak between 1843 and 1894, but is regaining popularity in modern times with the introduction of the digital age and the occurrence of the internet.

At Teavivre, we hold our standards of production to those which have been used for thousands of years to bring you the best Gunpowder green tea available!