This is one kind of green tea and One of Zhejiang’s “Ten Famous Teas”! The spring tender shoot leaf is white, and from white gradually turn into white green, summer autumn tea become green.

The first record about Bai Cha (white leaves tea) can be traced back to Qingli period (1041-1048 A.D.) in Northern Song Dynasty. In the book It was described as “White leaf tea whose young bud leaves are as thin as paper sheet is revered as the most precious tea by the common people “ . The Bai Cha plant was also noted by the most artistically endowed Chinese Emperor Huizong of Song (1101-1125 A.D.), the most prominent tea connoisseur of his generation, in his famous book called “Da Guan Cha Lun” (Chinese: 大观茶论). “Bai Cha ( white leaves tea) distinguished itself from other common teas for its unique characteristics” he wrote, “The branches of this tea are vimineous and the leaves grown on them are pale yellowish-white in color and very thin. They were serendipitously discovered growing wild in the forests on steep high mountains”. Unfortunately, there was no new Bai Cha tea plants had been found during the 350 years that followed till Ming dynasty. And much later, this tea gradually faded away from people's memory.

It remained a legend until 1980s, when a single ancient white tea bush (now known as the Ancestor of Bai Cha) was found in Da xi village, Anji County (Zhejiang province, China), and experts believed that this variety is the same as the one mentioned in the ancient book. This tea plant is estimated to be over 100 years old and was soon cultivated for commercial purposes. Anji Bai Cha is one of the teas processed from the leaves picked from these tea plants. In fact, all Bai Cha bushes today are descended from this mother bushes.

Anji Bai Cha or Anji White Tea (in English) is so named because its unprocessed tea leaves are almost completely white in color. The common white teas like Bai Hao Yin Zhen tea and White Peony tea are made with tender tea buds/leaves which are green and picked from white tea plants. But Anji Bai Cha derives from white leaf green tea plants and need to undergo the way we make green tea . Anji Bai Cha itself is actually a green tea. From this point, the name Anji Bai Cha here not only refers to a kind of tea but also a tea plant variety which once was on the edge of extinction. 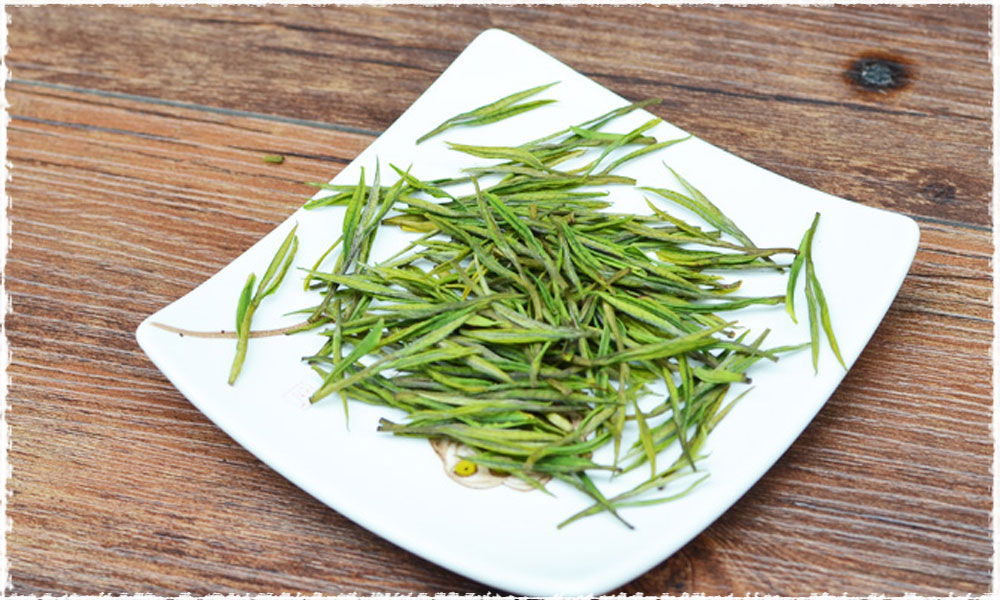 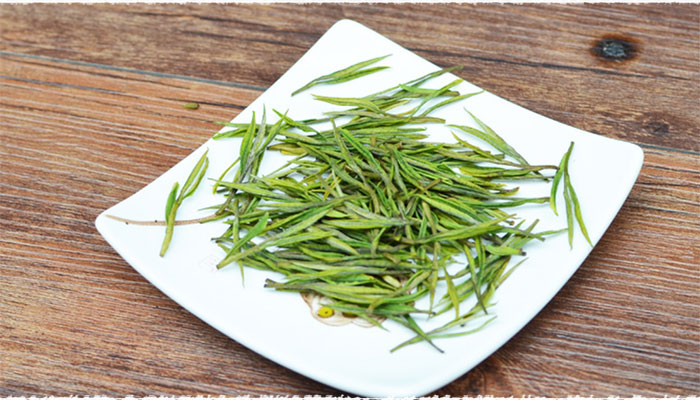 Characteristics of An Ji Bai Cha

The picking season of Anji Bai Cha is very short, around 30 days in early spring season as once the temperature increases, the leaves would start to turn green. A special characteristic of Anji tea plants is that they produce very little chlorophyll in low temperature conditions during the winter and early spring days. So the buds newly grown in before Qing Ming Festival, a Chinese season in early April, are typically white. With the temperature increases, they gradually turn from jade white to whitish-green till glossy green when summer begins. Since less theanine is converted to chlorophyll during the picking and processing season, once infused, the tea leaves starts to turn whitish-green in color. This characteristic is unique to Anji Bai Cha.

Research found that the Bai Cha tea plant has low chlorophyll and polyphenols content (which explains the whitish-green tea leaves) but is very rich in. It has almost quadrupled the amount comparing to other green teas, this is the reason why Bai Cha has extremely nice aroma and rich “umami” from the aspect of biochemistry. Amino acid in tea leaves helps suppress cortisol and reduces stress. To sum up, Anji Bai Cha is reputed to represent the tree values of the green tea, nice appearance, healthy, and high cost-effectiveness.

Today, scientific research in both Asia and the west is providing hard evidence for the health benefits long associated with drinking green tea. For example, in 1994 the Journal of the National Cancer Institute published the results of an epidemiological study indicating that drinking green tea reduced the risk of esophageal cancer in Chinese men and women by nearly sixty percent. University of Purdue researchers recently concluded that a compound in green tea inhibits the growth of cancer cells. There is also research indicating that drinking green tea lowers total cholesterol levels, as well as improving the ratio of good (HDL) cholesterol to bad (LDL) cholesterol. 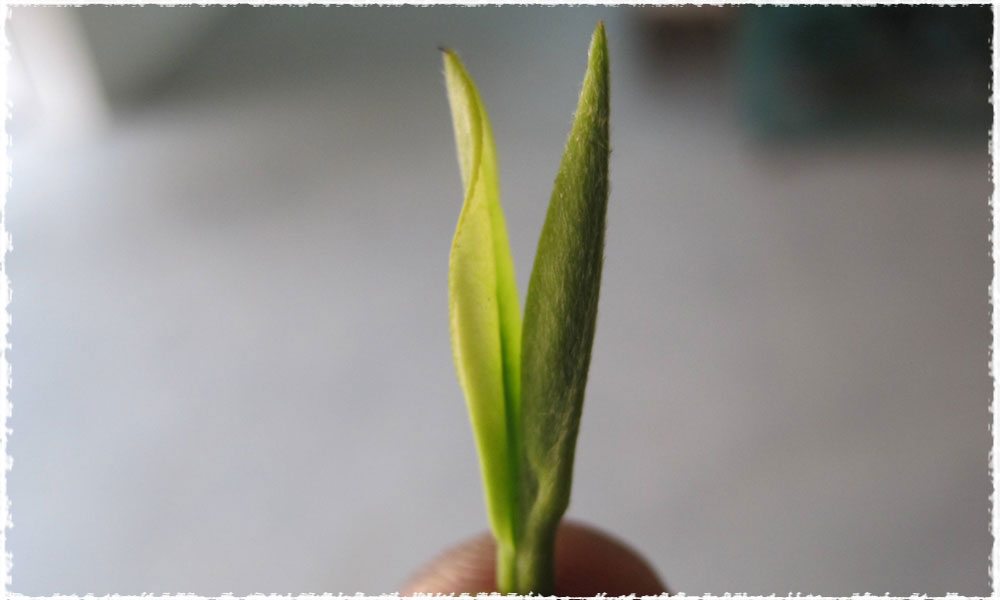 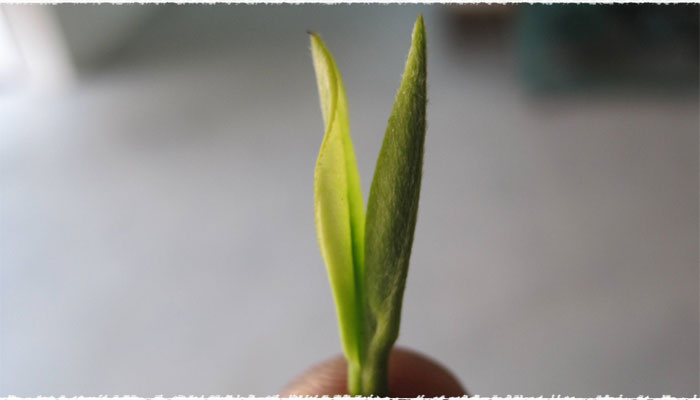 Anji county is situated in the northern slope of Tianmu mountains of Zhejiang province. Anji Bai Cha is grown high in these mountains in a spectacular area where there are heavy mist and vast forests of bright green bamboo. The abundant rainfall, fertile soil and fresh air here make this land got a famous title “bamboo town of China” (中国竹乡). Teas grown in the mountains forest often enshrouded in mist are less affected by the strong cold mountain wind and the scorching sun light. In fact, it is exactly due to this relatively secluded growing condition with humid climate and small temperature between day and night contribute to the good quality of Anji Bai Cha. The high-quality Anji Bai Cha is characterized by its thick leaves, abundant nutrients (rich mouthfeel), and durable infusing resistance. One interesting phenomenon about this tea is that the tea grow near bamboo forest has a natural aroma akin to chestnut or bean curd flower flavor, the closer to bamboo forest, the more evident they tend to be. 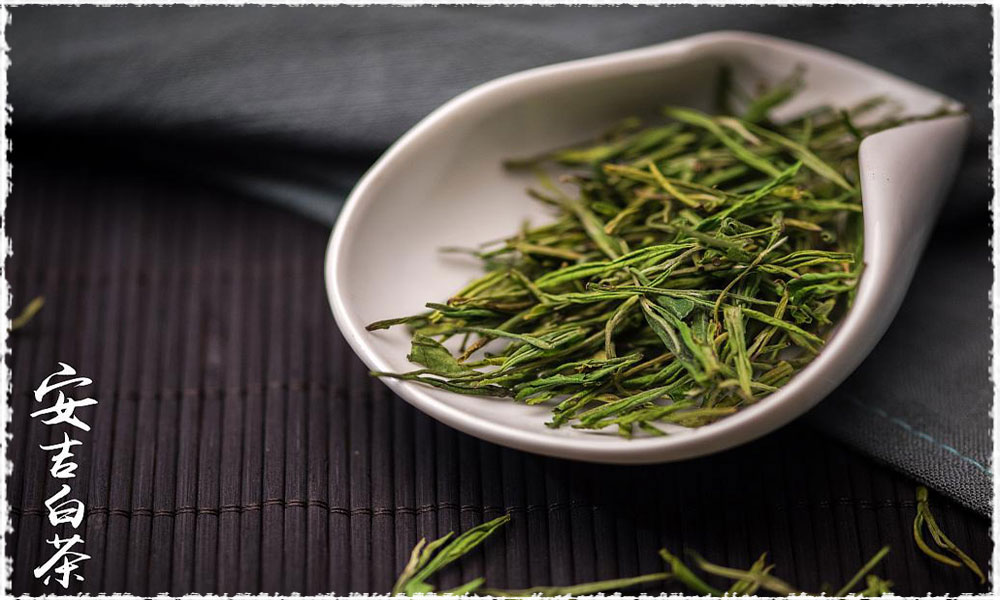 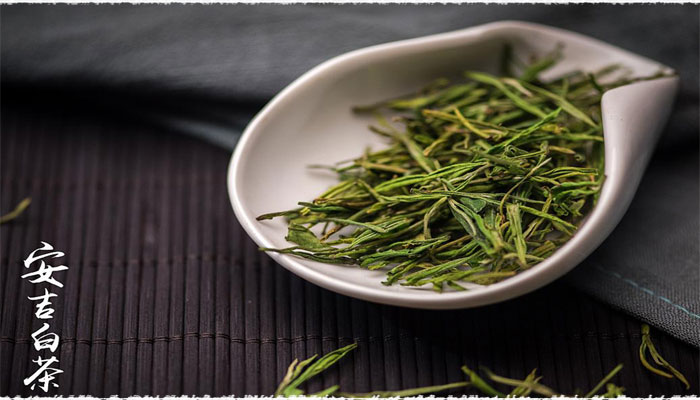 The picking standard of Anji Ba cha can be summarized as picking early (早采) , picking tender buds and leaves(嫩采), picking frequently(勤采), picking thoroughly (净采). Only those buds attached with one leaf can be allowed to make Ming Qian Anji Ba Cha which is the first picking of the year, representing the most pure and distinctive representation of the variety’s character. Those leaves which are robust and well grown with even length and appearance can remain. Gentle movements are necessary when picking and transporting them using bamboo basket.

The newly picked leaves need to be moved into a ventilated place without direct sun light. Then spread them evenly (not too thick or thin) in a flat round split-bamboo basket till they have soft hand feeling, the stirring movements are not allowed during this step. The aim of spreading is to improve the tea quality and make them easier to dry.

3. De-enzyming
De-enzyming also called kill-green is done to stop the tea leaf oxidation at a desired level. This process is accomplished by moderately heating tea leaves, thus deactivating their oxidative enzymes and removing unwanted scents in the leaves, without damaging the flavor of the tea. For Anji Bai Cha, the required temperature for de-enzyming should be controlled at 250－300℃. Be careful not to use excessive heat which can lead to red or black stalks. Generally, those seasoned tea makers can adjust the temperature to a desirable level by hearing the sound. If the “pi pi pa pa” sound (like the crackling sound of roasting sesame seeds) can be heard in the frying wok, it says the temperature is just right.

4 .Shaping/ rolling
The damp tea leaves are then rolled to be formed into wrinkled strips, by hand or using a rolling machine which causes the tea to wrap around itself. This step needs lower temperature and lasts 3 minutes.

5. Drying:
This process consists of two steps – first drying and second drying (re-drying).
First drying: Leaves need to be dried using drying machine at 100℃ for 10 minutes then spread for cooling for 15 minutes.
Re-drying：Dry them again with temperature at 80-90℃ for a more longer time.

6. Storage:
The moisture content of dry leaves should not exceed 6% and need to be stored in low-temperature environments such as freezer or ice storage room ( 0-5℃). Then take them out of the fridge and pack them after 3 hours. 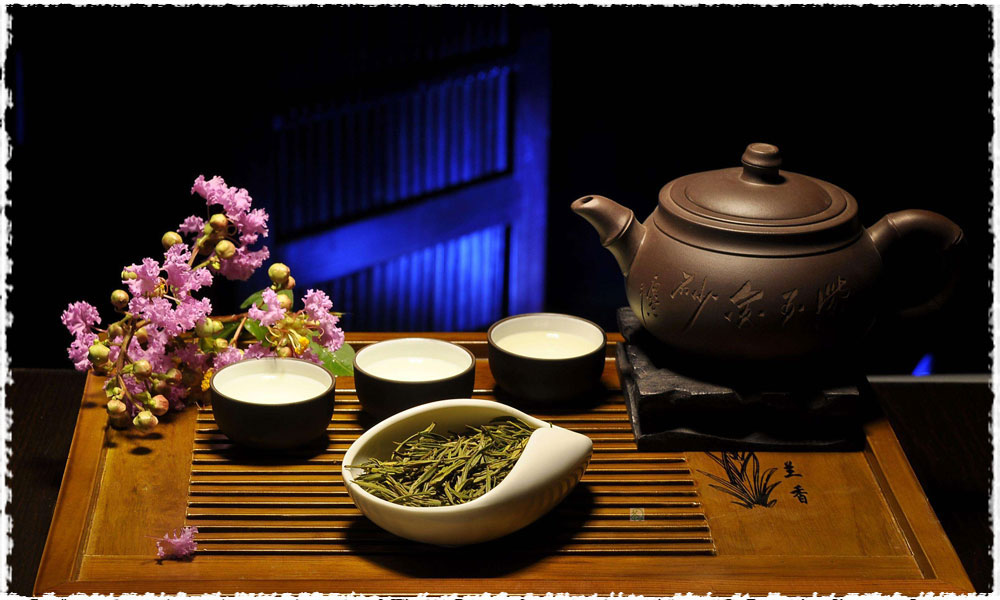 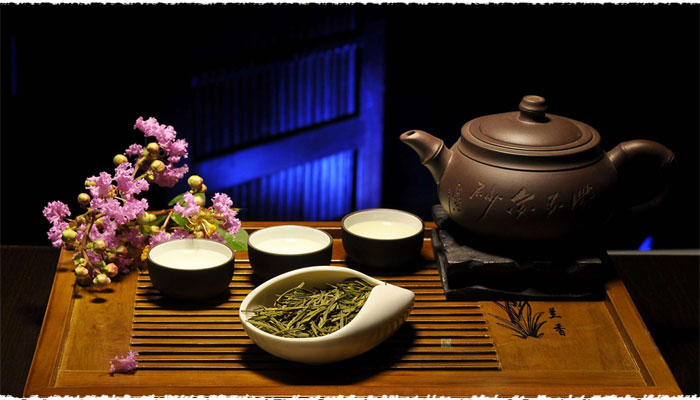 Pu’erh Tea — the Aged the Better?
The Four Sub-categories of Green Tea
What is the connection between Anji White Tea and White Tea?