As one of the world’s largest and most trusted food and drink awards, the Great Taste, organized by the Guild of Fine Food, has been described as the food-world equivalent of the Oscars and the “epicurean equivalent of the Booker prize”. Teavivre is honored to be a part of this prestigious competition and we are ecstatic to announce that our Premium Lu Shan Yun Wu Green Tea has won 3 Star at the 2022 Great Taste Awards.

The judges’ overall comment on this tea: ‘A fine, delicate, twisted leaf, nicely tippy. The liquor has a flavour of fresh cob nuts and fresh, raw asparagus and is indeed mellow, bright and elegant with gentle astringency. A deeply pleasing tea.’

The first infusion: sniff the tea, the obvious stir-fried bean aroma and floral fragrance slowly hit, along with unique sweet aroma, which makes us comfortable. Drink it, the refreshing taste spreads immediately in the mouth.

The second infusion: the aroma remains the same and after stretching, the taste is richer. Unlike other green teas with light and elegant aroma, this tea is strong and with a sense of thickness.

The third infusion: the aroma of the tea liquor gradually weakens but the taste is sweet and mellow.

The fourth infusion: as the taste and aroma fade, the sweet aroma of the tea begins to emerge. Till the fifth infusion, the tea is still sweet and refreshing.

Besides, this Premium Lu Shan Yun Wu Green Tea is especially suitable for grandpa style, especially for the tea lovers who have no time to enjoy Gongfu brewing, which you can enjoy its mellow and sweet taste too.

Dongjin Tea Garden is located in the middle of Xiushui County. The soil here has good air permeability, contains abundant minerals and has the characteristics of a large diurnal temperature variation and short sunshine, which provides very good conditions for the growth of tea trees. Furthermore, the tea gerden has passed the Jiujiang Tea Association's evaluation, satisfied the standards stated by the special logo of "Lu Shan Yun Wu Green Tea" for geographical identification of agricultural goods, and has been permitted to use the unique logo of "Lu Shan Yun Wu Green Tea." 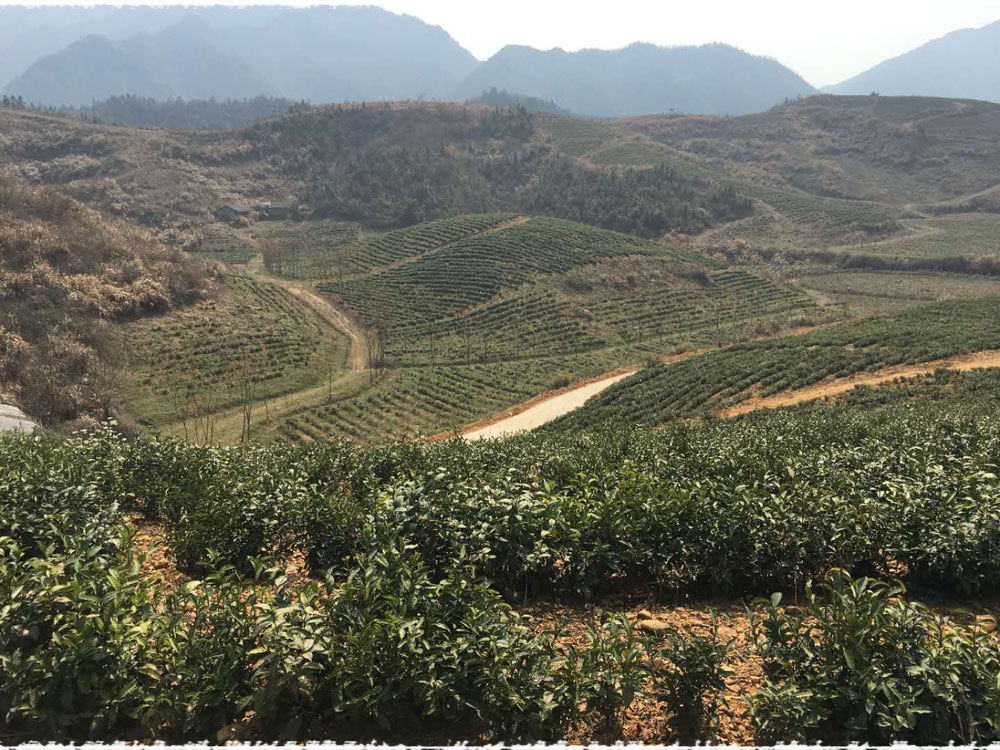 Mr. Liu was born in Jiujiang City, Jiangxi Province's Xiushui County. Generations of Mr. Liu's family have been involved in the planting and production of tea, and Mr. Liu's father has been producing tea for more than 30 years. Since he was a young boy, Mr. Liu had a keen interest in and love for tea. He went back to his hometown following college and began his career in tea production. Seven years have passed since then. In order for all tea enthusiasts to experience it, he hopes to use his efforts and the information he has gained to disseminate both the tea from his birthplace and Chinese tea throughout the entire world. 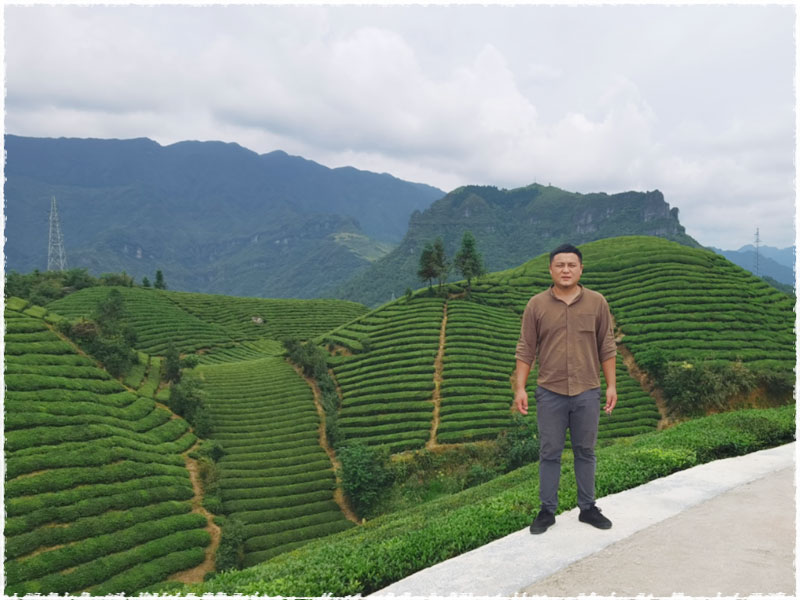 Xiushui County, located in the northwest of Jiangxi Province, has been a famous tea production place since ancient times. Xiushui Ning black tea, known as the origin of Chinese black tea, is produced here. The geographical environment of Xiushui County is excellent, surrounded by mountains, which provides the most advantageous natural conditions for the growth of tea. In addition, its soil is red sandy soil, so it is most suitable for the growth of tea, and thus the tea from here is also unique. 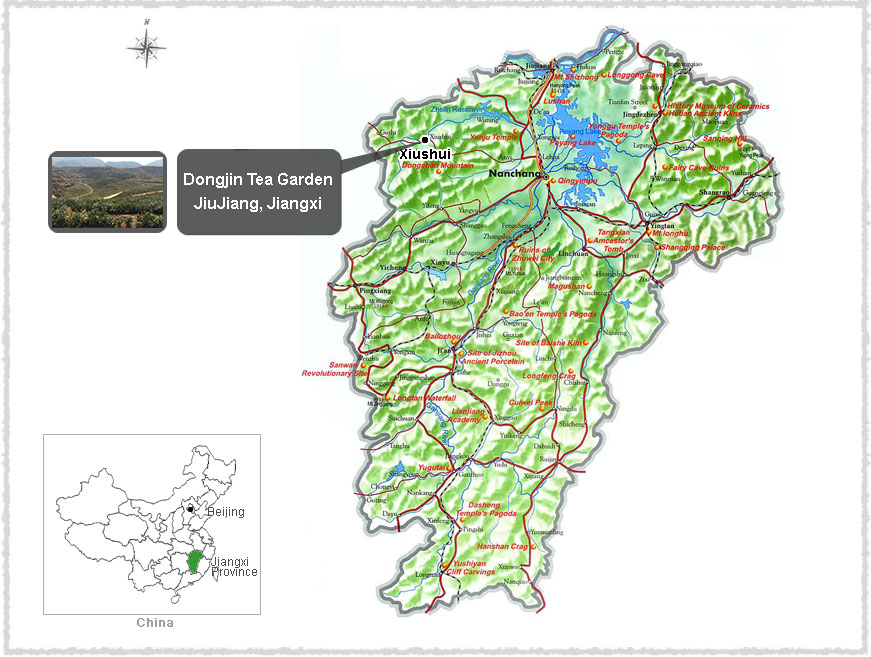 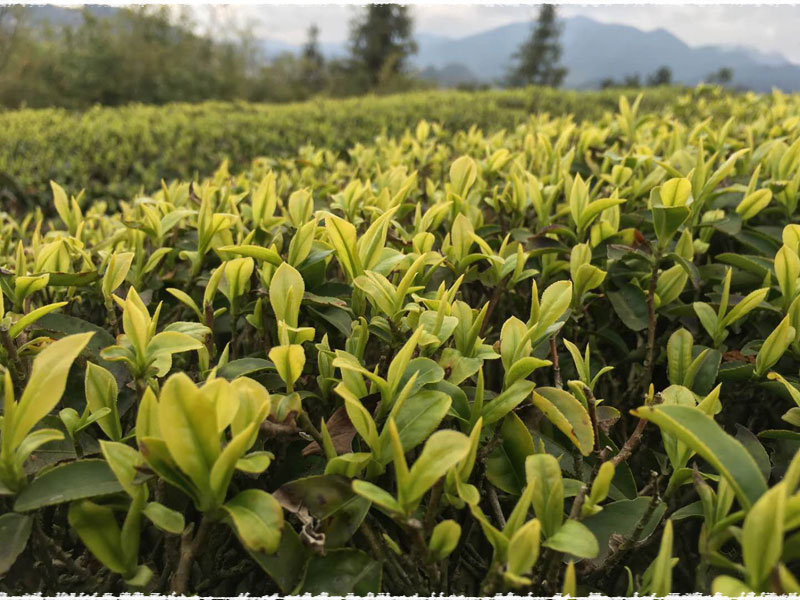 The Lu Shan Mountains have a long history of being a tea-growing region. This history can be traced back to the Eastern Han Dynasty, around 25-220 AD; it was recorded that the monk Hui Yuan lived in these mountains for over thirty years, during which he gathered other monks and Buddhists, spread the religious ideology, and planted tea trees on the mountain. Lu Shan Yun Wu itself did not appear until the Ming dynasty, and Including this period, it has been in production for over three centuries.