It is sweet and can be resteeped, which is a strongly recommended daily green tea.

Ming Qian tea refers to the leaves picked before the early spring Qing Ming day, April 4. Ming Qian tea has a richer texture and stronger freshness with a noticeable chill from the early spring; the taste is a bit cold yet elegant, with an amazing essence, surging aroma, and a sweeter, mellower experience overall.

This tea is picked before Qing Ming in Yibin, which bears the title of “the hometown of early tea”. Due to its unique geographical position and environmental advantages, tea from Yibin is one of the earliest batches of spring tea compared to other Chinese regions at similar latitudes, about 20 to 30 days earlier than Zhejiang, Anhui, or other major tea-producing provinces.

Upon opening the package, the fragrance of the dry tea billows right out - and when the tea is drunk, the first sensation is soft and fragrant, with a mixing between the liquid and the scent. The taste turns sweet and mouthwatering afterwards, and lingers in a soft aftertaste. Because it is grown at high altitudes, this tea has a rich taste that endures through many infusions.

Mt. Tiangong Tea Garden is located in the town of Juexi in Yibin City, at an average elevation of 900-1350 meters and about 100km from the nearest city. The forest cover here is over 80%, and the soil is rich in abundant matter. Clouds and mist drift through these mountains throughout the whole year, and suitable temperature and humidity provide excellent natural conditions for the growth of tea plants and formation of natural nutritional inclusions in the leaves. 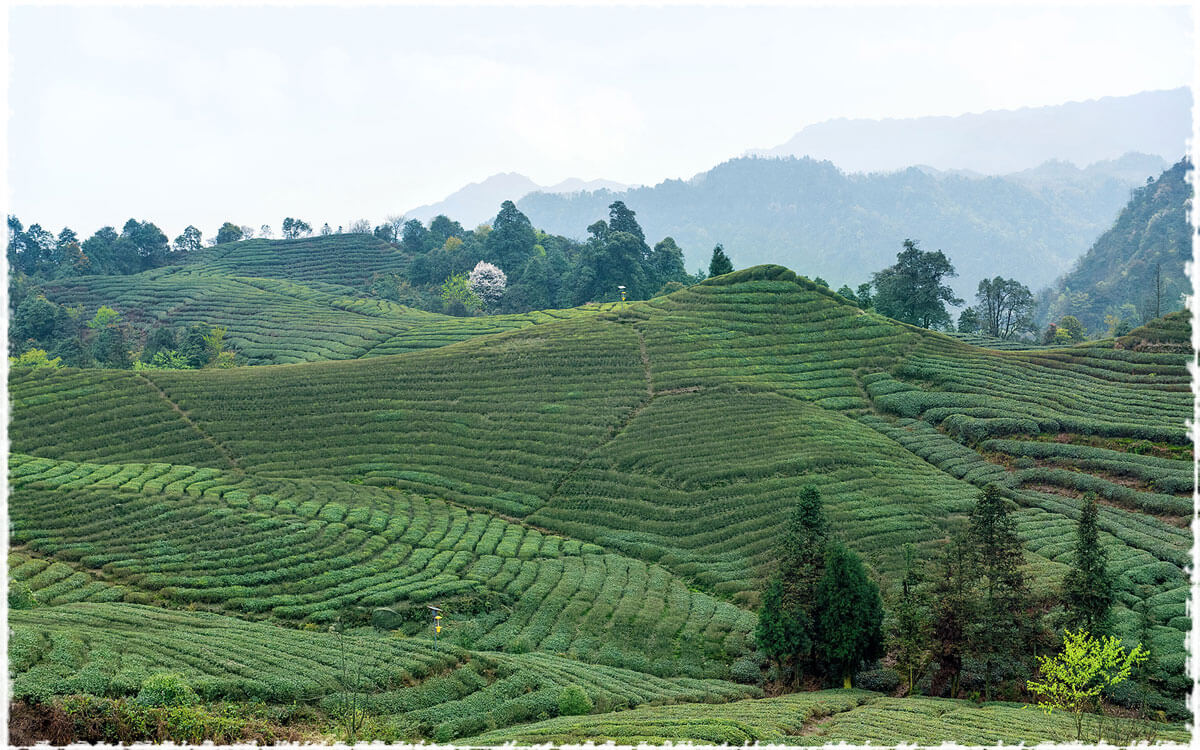 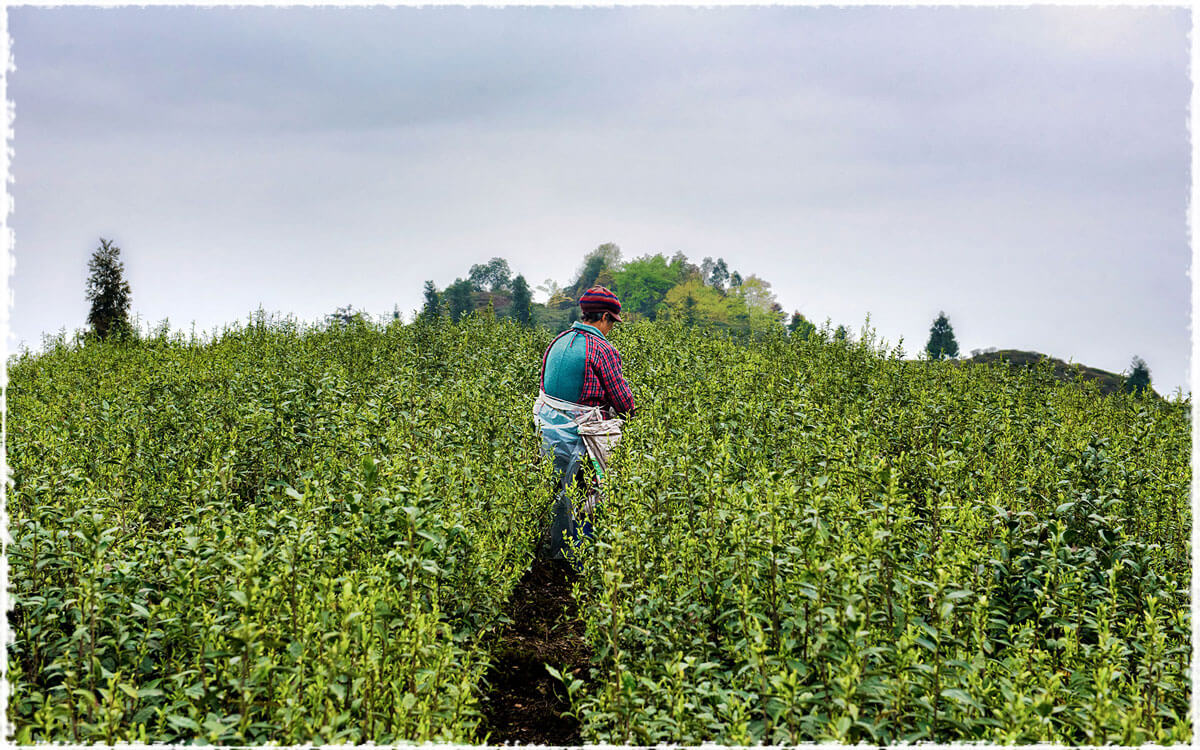 Yibin City sits at the intersection between the Jinsha, Minjian, and Yangtze Rivers. Since ancient times this location has served as a transportation hub between the mainland and the southwest, and is also an important port to move Sichuan tea to the Jiangnan region. The climate here is humid with abundant rainfall and fertile soil, suitable for healthy tea tree growth.

In the 1950s thousands of wild tea plants were discovered in the Tiangong Mountain Tea Garden and other nearby areas; the Sichuan Tea Institute identified these trees to be as old as the wild trees found in Yunnan, confirming the fact that Yibin is one of the hometowns of tea. 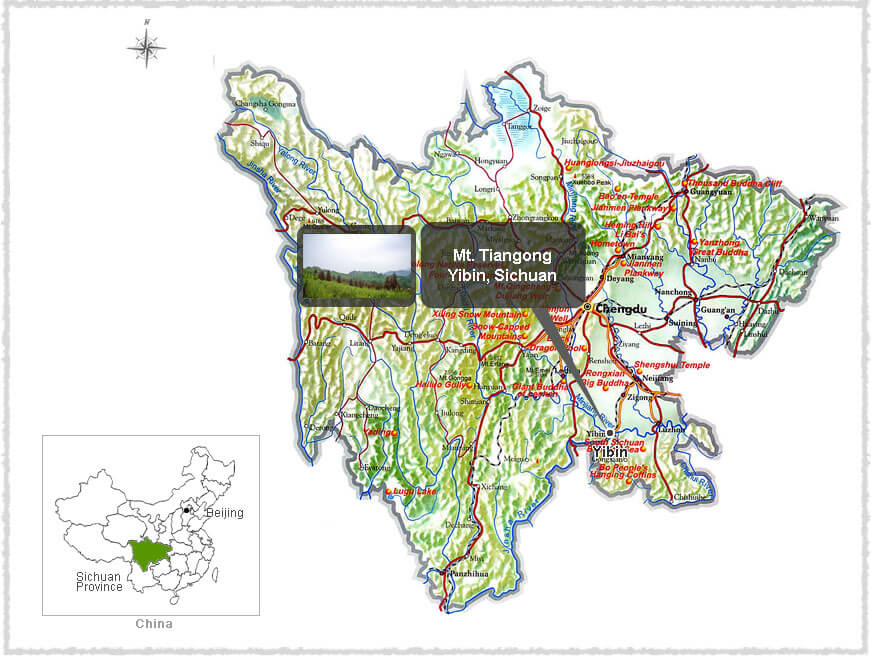 Ming Xuan 131, also known as Mingshan Baihao 131, is the second national improved tea variety bred by the Sichuan Tea Industry Bureau. It is drought and frost resistant and maintains a strong adaptability for multiple environments. The green tea made from this bush is compact in shape, bright green in color with fine white hairs, and a refreshing taste and pure aroma. 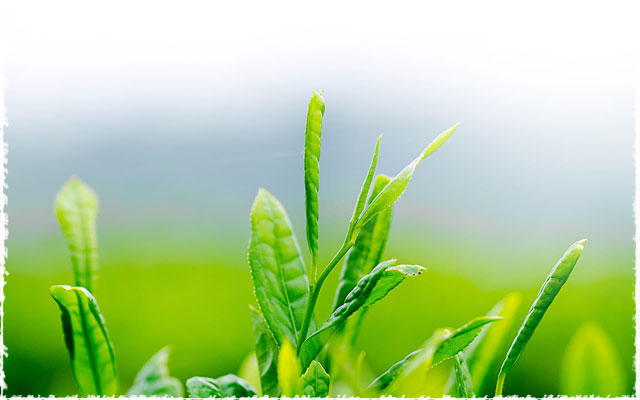 Yibin City, located in the middle south of Sichuan Province, bears the title “The First City on the Great Yangtze River”. The history of tea production here can be traced back over 3000 years, and this place is not only an important tea production for Sichuan, but also one of the first places where tea was cultivated in all of China.

According to historical records, during the prosperous Tang and Song dynasties, for Sichuan’s special geographical location the “Tea-Horse Trade” was particularly prosperous. The tea industries in Yibin were developed and expanded so that tea could be traded for horses, salt, and other daily necessities, establishing this so-called “Tea Horse Trade”.

The varieties of teas offered gradually increased, and rarer varieties such as Junlian’s yellow buds as well as other Yibin teas enjoyed a notable reputation in the market. As an important station along the Tea-Horse Road, Yibin tea spread far and wide and quickly earned its reputation.