Learn the history and legend of Tai Ping Hou Kui, and know more knowledge about the nonpareil green tea.

In the ancient times, on the beautiful Huangshan Mountain there lived an old monkey couple, who raised a little monkey. After the little monkey grew up, he went out alone to play. He wandered to Taiping County in the north of Huangshan, but suddenly heavy misty rose. The little monkey lost direction at the first time he went out, and never made to return home.
One of the old couple went downhill to search for their kid. The other stayed at home to look after the house. The old monkey searched every corner in Taiping County but failed to find the child monkey. The tiredness and anxiety finally made the old monkey sick and died of burden in a hole on Huangshan Mountain. 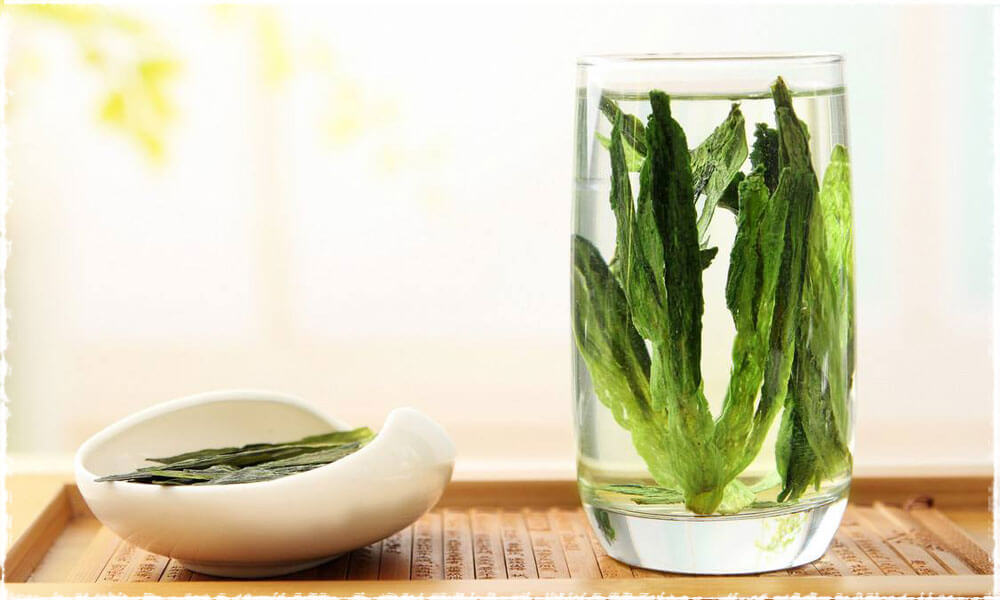 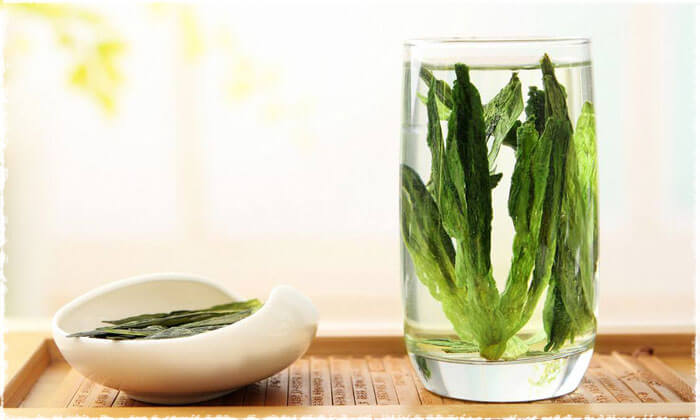 Near the hole there lived an old man named Wang Laoer. Wang is a kind-hearted man, who made a living by picking wild teas and digging herbs. On the day the old monkey died, Wang went to pick teas on the mountain. By accident, he found the body of the old monkey. He was so kind-hearted that he buried the monkey on a hillock nearby, and planted a wild tea tree and an orchid he digged beside the grave. At the time he was about to leave, a voice came from nowhere sounded:” old man, I must repay you.” Yet seeing no one but only hearing the voice, the old Wang didn’t keep this thing in mind. 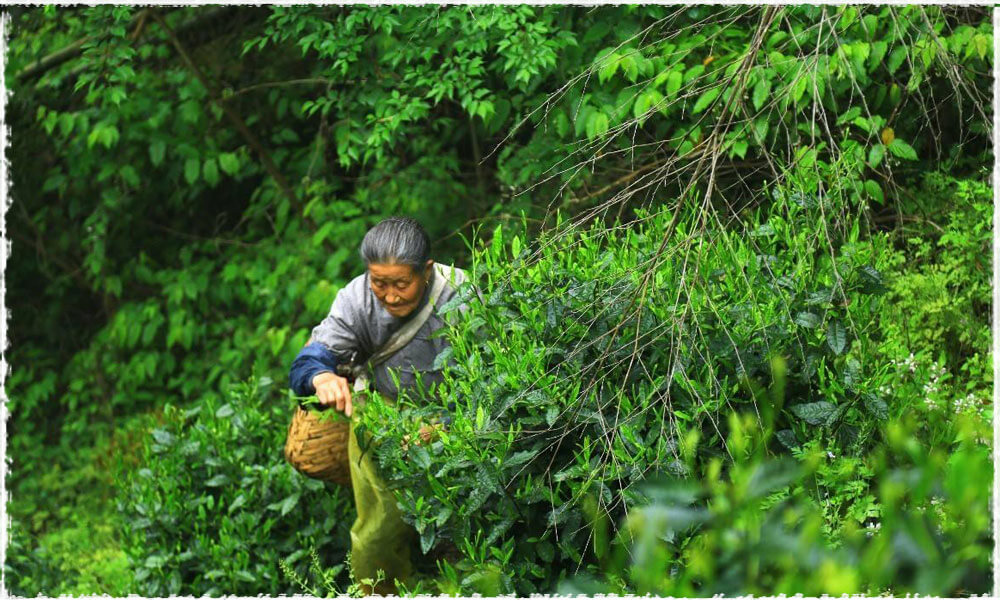 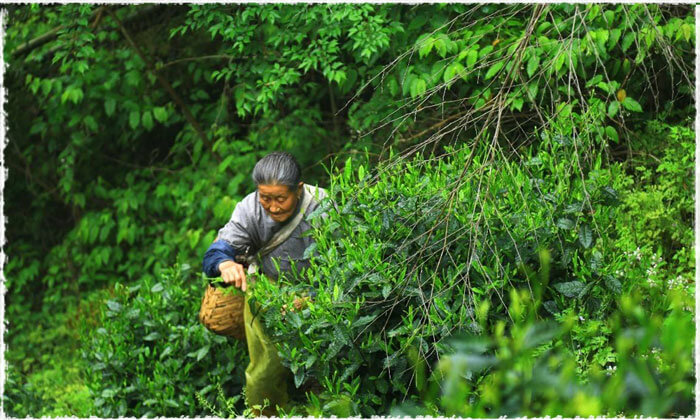 A year passed and spring came, Wang Laoer came to this hill again to pick wild teas. Amazingly he found the place changed a lot. Green and arborous tea trees grew beside the grave and everywhere on the hillock. Suddenly he heard a voice in the mountains saying:”old man, I give you the tea trees. Look after them carefully. You shall live well in the future.” Till then old Wang realized the old monkey was not an ordinary monkey. It must be the old monkey who granted the tea trees to him. From then on, Wang Laoer had a nice tea garden.

In order to memorize the old monkey, Wang named the hillock as Hou Gang (猴岗, means monkey hill), and the teas picked from the tea trees in Hou Gang as Hou Kui (猴魁). 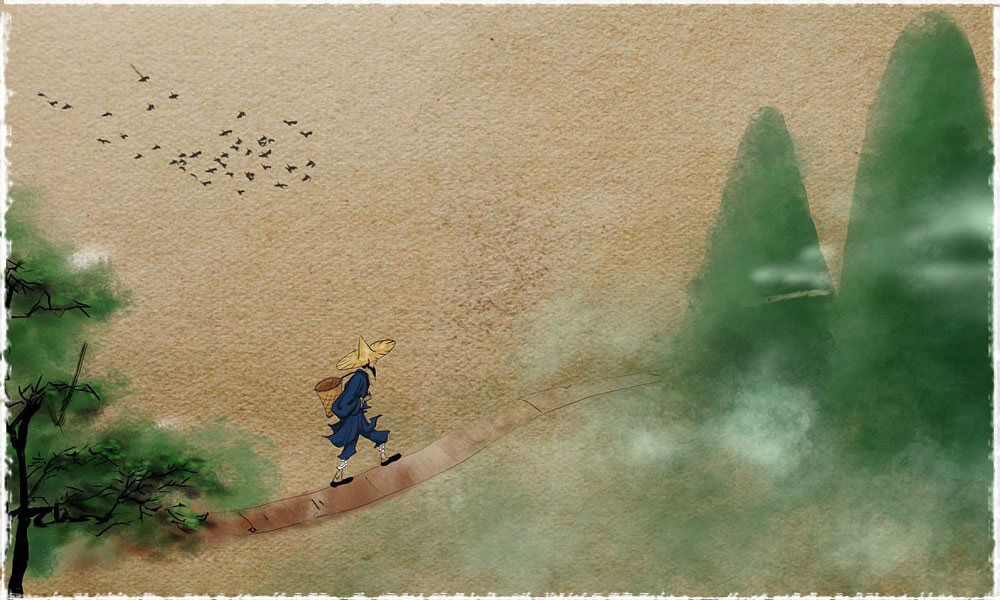 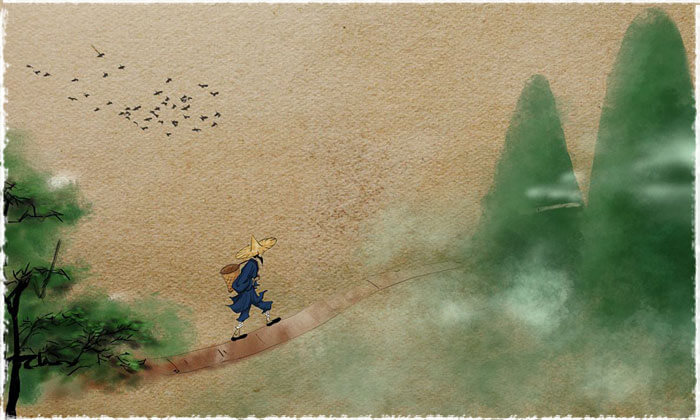 The other old monkey at home sit on the top of Huangshan Mountain and looked at Taiping County in a far distance, and kept waiting and waiting for her child to come back. However, a long, long time passed, the little monkey didn’t return. The old monkey finally turned into a piece a rock, still sitting on the peak and looking at the direction of Taiping County. The Rock was then called “Monkey looking at Taiping (猴子望太平)” .Nowadays it was named as “Monkey viewing the sea of clouds (猴子观海)”.

Pairing Tea with Mooncake to greeting Chinese Mid-Autumn Festival
What is the connection between Anji White Tea and White Tea?
Celebrate The Spring’s Arrival with a Jasmine Tea Treat