The long pot, a traditional chinese featured teapot, is named by the long lenth of its spout, aslo called long spout copper pot, long spout pot, long stream pot and so on. Most of them are made of copper.

The long pot, a traditional chinese featured teapot, is named by the long lenth of its spout, aslo called long spout copper pot, long spout pot, long stream pot and so on. Most of them are made of copper. 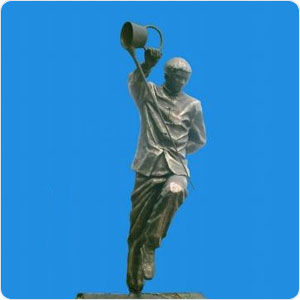 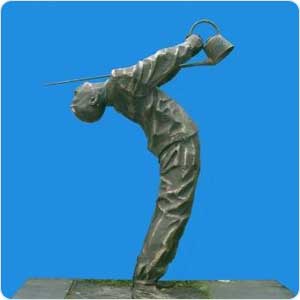 To see is to believe. Teavire is lucky to watch a long pot art performance in Chengdu Pujiang Tea House. The performer is long-term trained.

The History of Long Pot 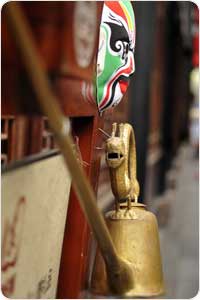 Long pot in northeast China was firstly used for drinking alcohol instead of water. Due to the cold weather, people often gathered together around a bonfire and drank wine for warm. When pouring liquor for a person two seats or more away from you, it was more convenient to use a long spout pot as there was no need to stand up or to step aside for making space to pour liquor.

Another story is about boat trackers in Bashu (now is Sichuan and Chongqing). In this area boat trackers burdened heavy work. They liked to have alcohols for refreshing and fun during break. Those trackers were close with each other in harmonious relationships. They loved to share wine with boats nearby. As people had to stay on their boat for security, yet the space between boat and boat was too large to pass their wine pot, someone clever then drilled through the joint inside the bamboo, made a bamboo spout for their pot that is long enough to pour liquor for fellows on another boat. 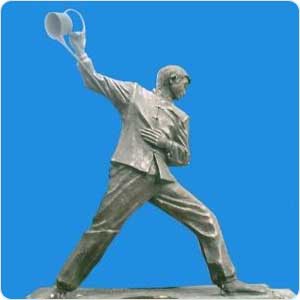 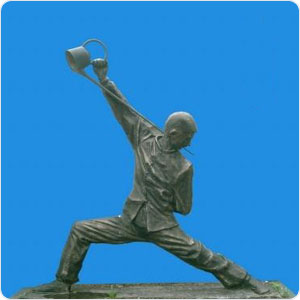 Tea culture has being more popular nowadays. As a part of chinese tea culture and tea ceremony, the performance of long teapot art is loved by the masses. It is practical and highly ornamental. Hot water cools down naturally when flowing through the long spout, and reaches to the temperature suitable for brewing Gaiwan. 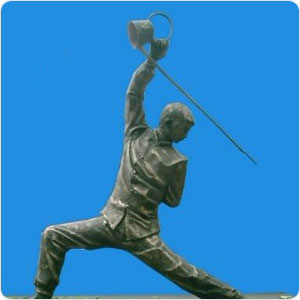 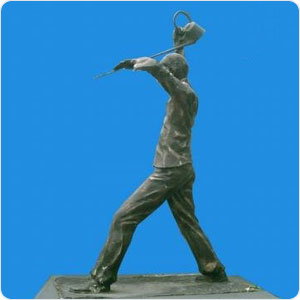 However, the natural and smooth show requires the performer’s earnest study, hard working and frequently practice as an apprentice. The performers need to endure the heating water, remember varieties of pouring gestures, be capable of strong arm and wrist, all need years of training. Thus they could stand alone on the stage, which in chinese is called “Chu shi” (finishing one’s apprenticeship). 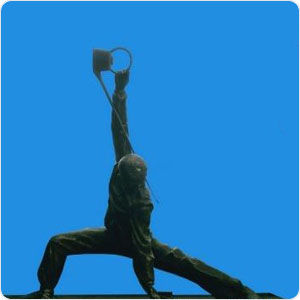 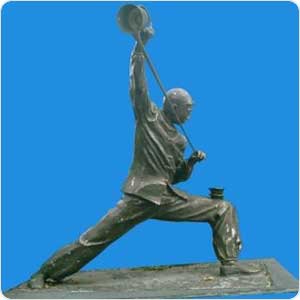 At first the long spout is created for making more convenience for pouring tea, then it developed to become featured service of some restaurants. And now it has been advanced to be a art performed on the stage. Long pot has many advantages. As we know, to brew green tea the water should not be too hot. Copper is able to transfer heat very fast. Even we pour hot water into copper pot, it will cool down when running out from the long spout. Besides, as the spout is narrow enough to give the water pressure, the small stream can push tea leaves to roll freely in the tea bowl. Therefore the green tea will taste richer with better aroma when using long pot to brew.

How to Properly Use a Gongfu Ceremonial Tea Set