Tea is one of the healthiest and delicious beverages you can have on a daily basis. There are so many different types of teas available and they have varying ranges of caffeine in them. The average caffeine amount in tea can be affected by brewing method, parts of the tea plant, fermentation and roasting process, blends, and of course the kind of tea you are drinking.

I. The Effect of Caffeine to Our Body

Caffeine has a positive effect on our body. It can make us energetic, stimulate metabolism, and promote the brain to secrete dopamine. Therefore, it is often used as one of the energy drinks, or to help weight loss.
Caffeine usually reaches the brain through the blood within ten minutes after drinking beverage that contain caffeine, thus it makes people feel refresh. Dana Hunnes, a nutritionist at the Medical Center of University of California, Los Angeles (UCLA), said that caffeine will disturb adenosine in the brain. Adenosine is a neuroleptic that inhibits brain activity and promotes hypnosis. When adenosine is disturbed, its effect on the brain will be diminished, which makes us feel excited. Moreover, caffeine directly stimulates the colon muscles, which promotes bowel movements. At the same time, caffeine also stimulates the gallbladder muscles and reduces the possibility of gallstones problem. 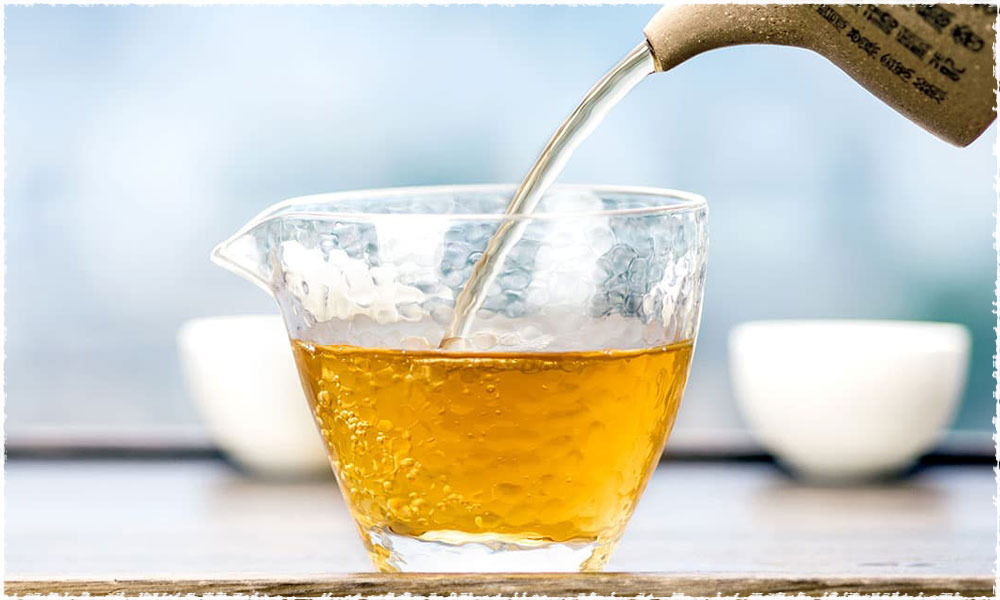 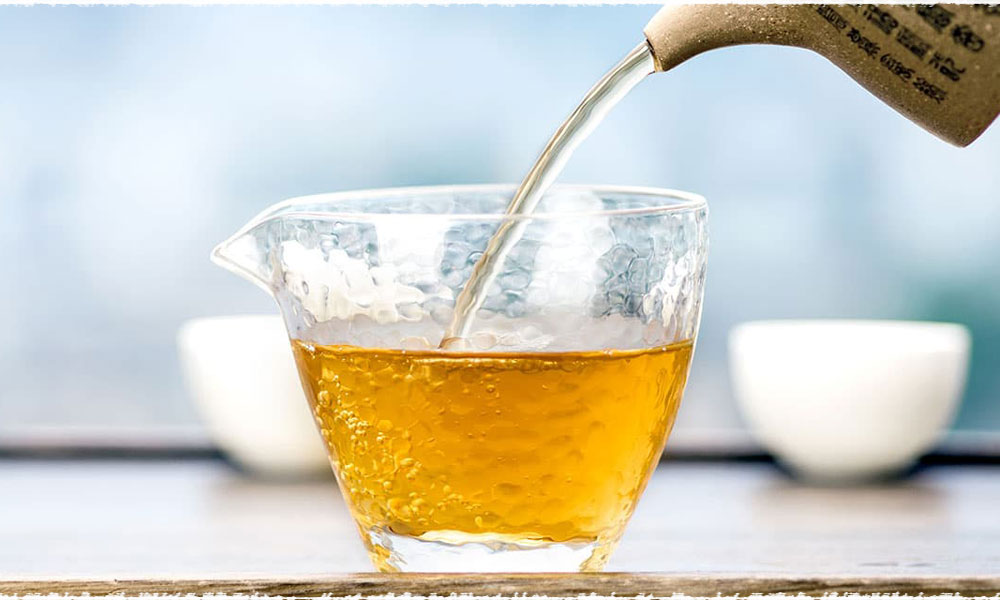 How Much Caffeine is Safe Each Day

For adults, Health Canada recommends a daily intake of less than 400 mg. While for children of 12 years age and younger, they recommend a maximum daily caffeine of 2.5 mg per kilogram (“It’s Your Health – Caffeine”. Health Canada. March 2010. Retrieved 8 November 2010.) What’s more, according to the suggestion of the American Medical Association of Obstetricians and Gynecologists, pregnant women should take no more than 200 mg caffeine. In clinical practice, it is generally suggest caffeine intake between 200mg and 300mg for pregnant women. If exceeding 500mg, it is bad for health, may cause miscarriage, or low weight of the new baby.

Speed of Excretion Caffeine in the Human Body 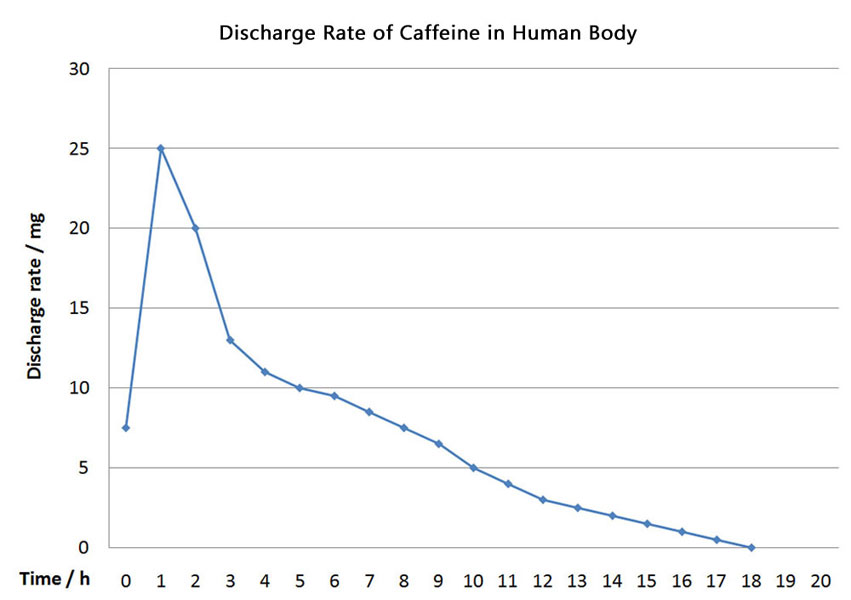 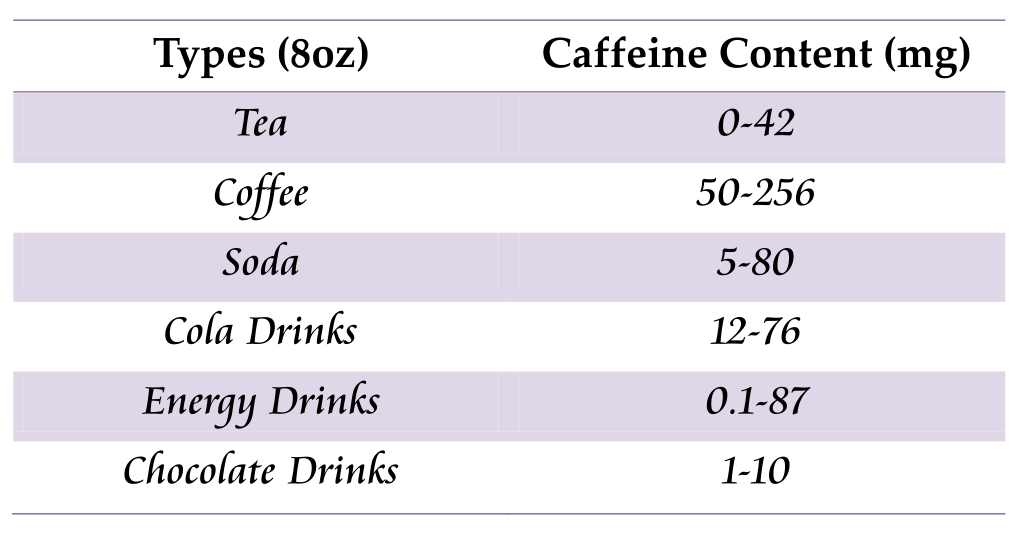 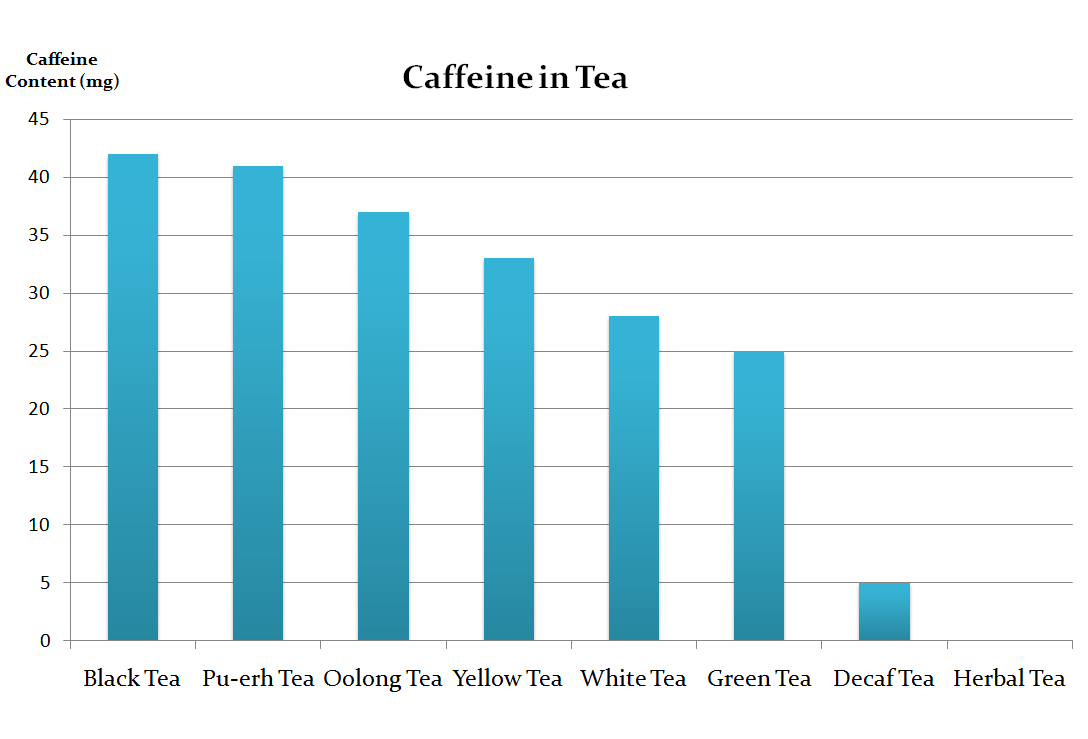 The word “decaffeinated” refers to teas that once contained caffeine and went through a process to remove it almost entirely.

You can also make decaffeinated tea by discarding the first infusion. The caffeine content in following infusions will be decrease. 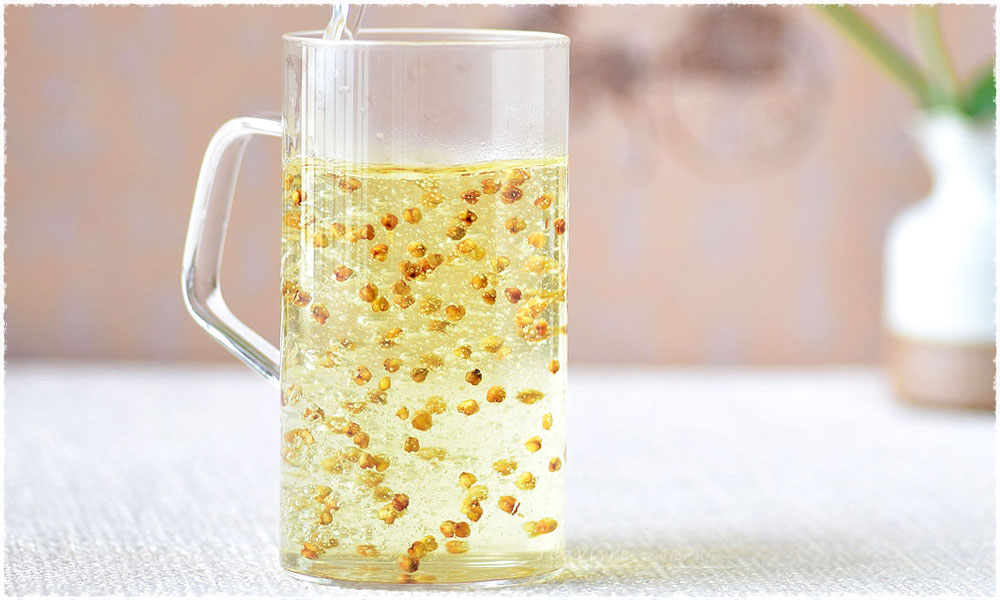 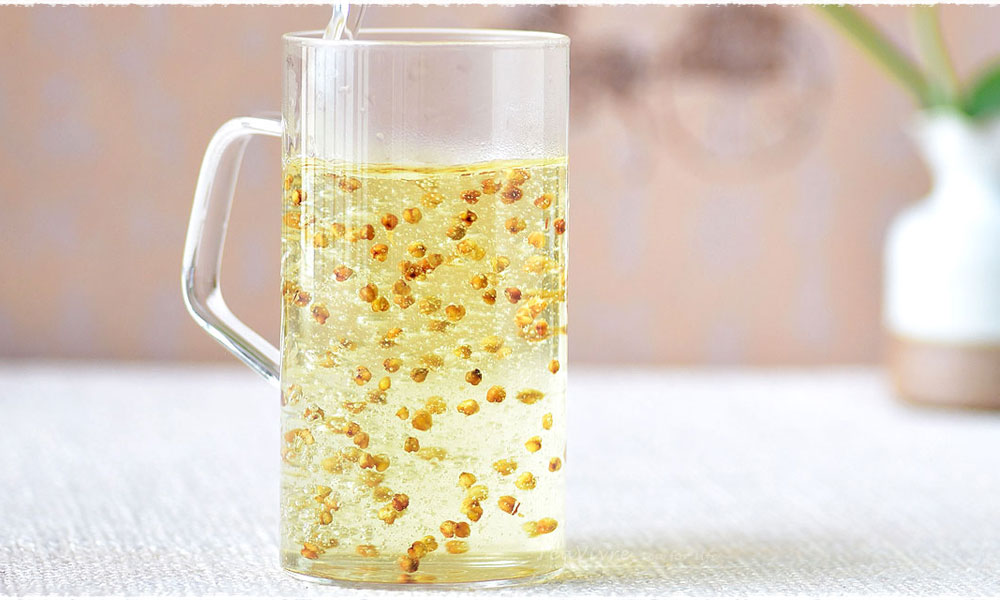 Caffeine-free tea refers to teas that are made of flowers, herbal, fruits etc. which do not contain any caffeine. Herbal Teas and Fruit Teas do not come from the camellia sinensis plant as black, green, oolong, puerh and white teas do, but they are naturally caffeine-free.

Tea can made from different parts of the tea plant, which contain different level of caffeine. Younger leaves and buds contain more caffeine per weight than older leaves and stems. It is commonly known that tea buds and younger tea leaves are higher in antioxidants and nutrients than older tea leaves, but few people know that tea buds are higher in caffeine. (Y.S. Lin et. al., Factors affecting the levels of tea polyphenols and caffeine in tea leaves, Journal of Agriculture and Food Chemistry, Vol. 51, No. 7, Mar. 26, 2003 Mar 26, pp. 1864-73.) Take white tea for example, teas made from buds as Silver Needle White Tea is higher in caffeine than large leaf tea Shou Mei White Tea Cake.

Broken and tea powder are usually very high in caffeine because people consume almost the entire powder rather than just infusions of tea leaf. 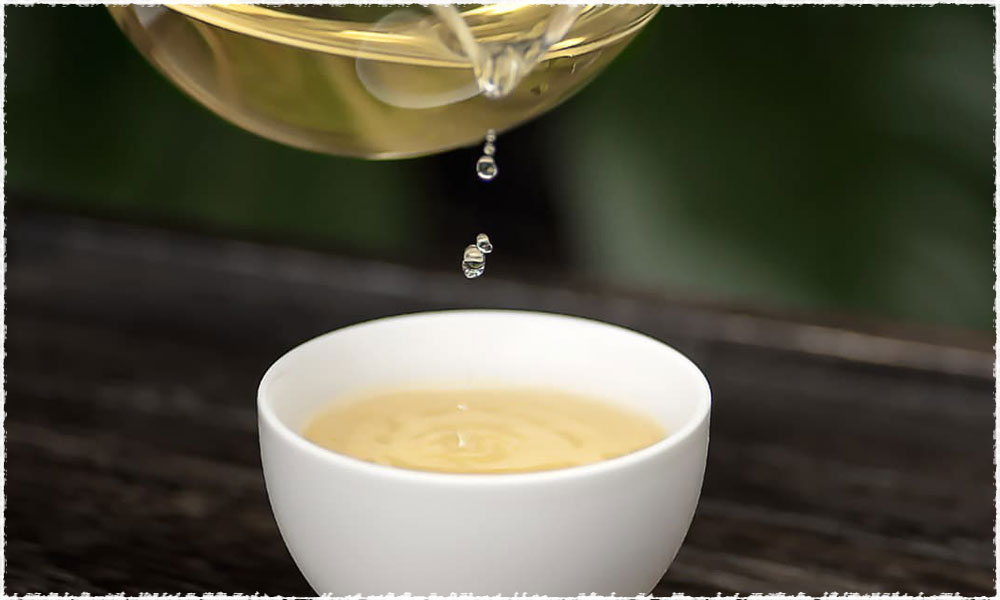 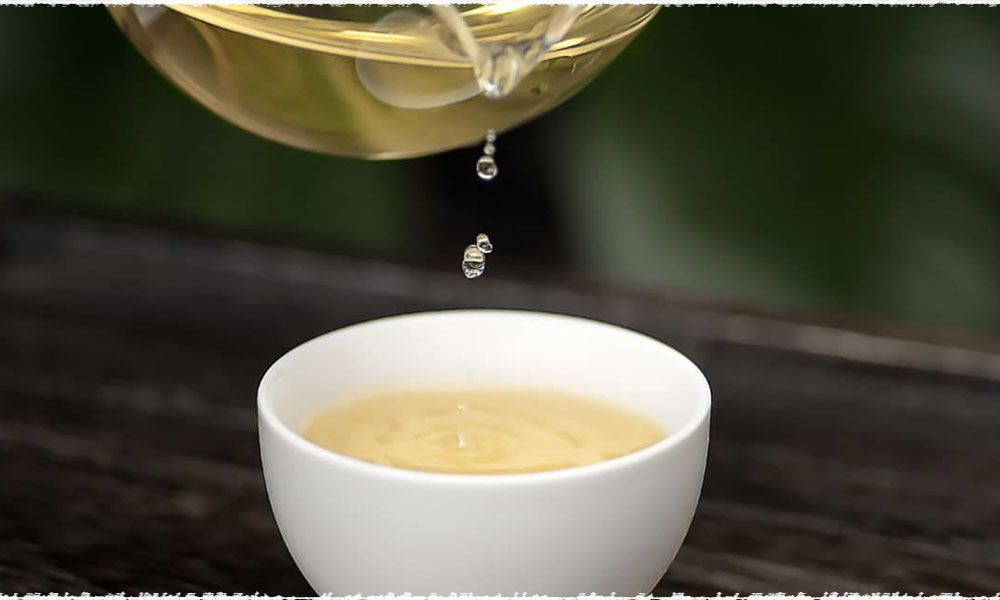 When brewing the same amount of tea, the higher water temperature and longer time for steeping will both increase the caffeine content.

From studies made by Department of Polymer Science and Engineering, University of Science and Technology of China, Hefei, Anhui, to explore more economical methods of acquiring natural caffeine, they adopted a microbial fermentation technique to increase the caffeine content of tea leaves. Their studies showed that the caffeine content in tea leaves increased reasonably after treating leaves with microorganisms for a period of time (i.e. orthodox pile-fermentation), and the amount of caffeine content increase varied significantly between black and green teas (27.57% and 86.41%). These results suggested that the change of caffeine content in tea leaves during the pile-fermentation depended not only on the growth and reproduction of microorganisms, but also on the tea composition. (Agric. Food Chem., 2005, 53(18), pp 7238–7242) 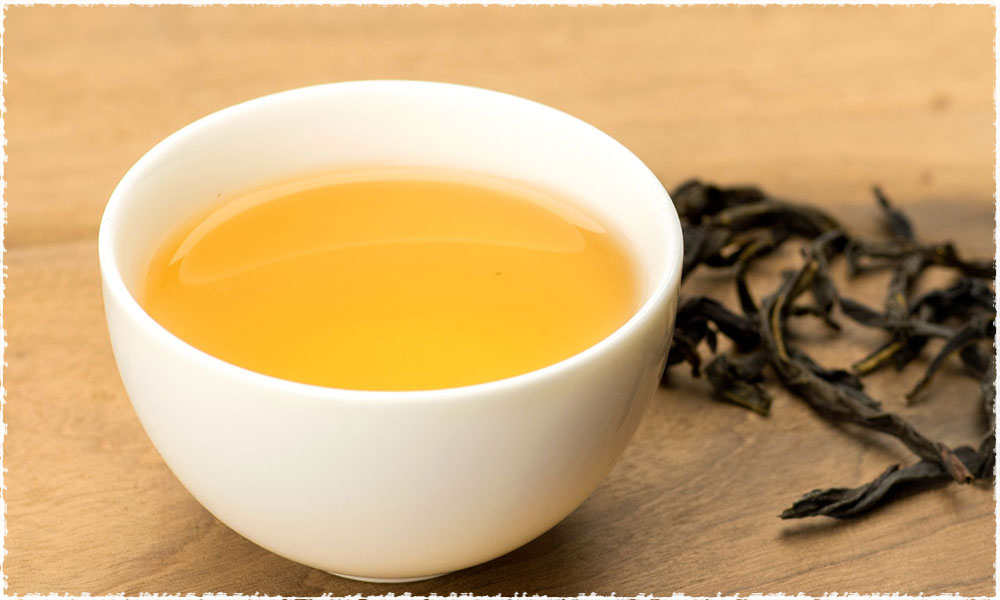 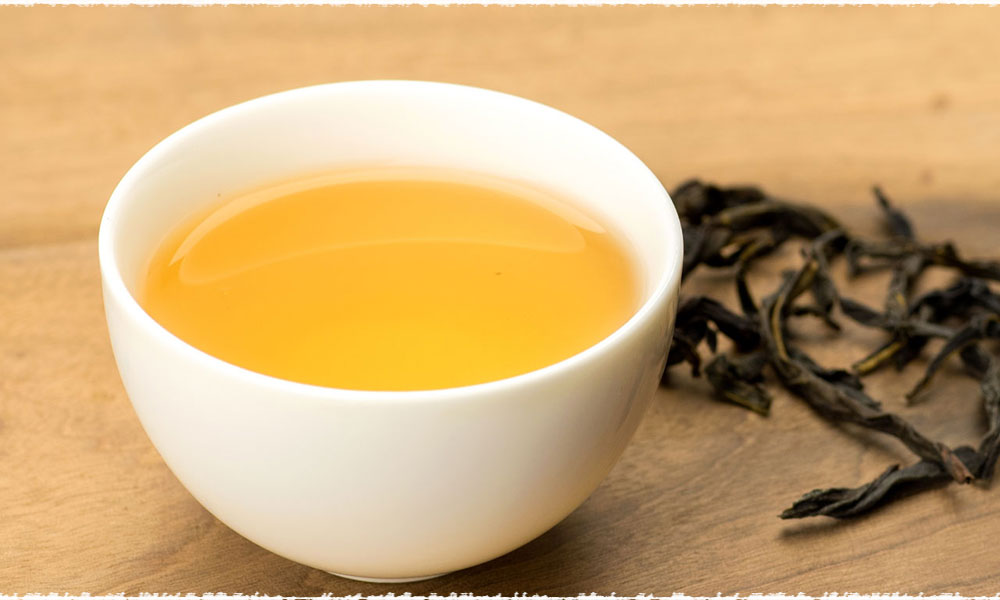 In a study published in 2005 in the Journal of Food Science listed, one particular sample of Hojicha, a Japanese roasted green tea, was found to have less caffeine even than some decaffeinated teas. (Ben Desbrow et. al., An examination of consumer exposure to caffeine from retail coffee outlets, Food and Chemical Toxicology, Vol. 45, No. 9, Sep. 2007, pp. 1588-1592.)

Just as the same with the houjicha, oolong tea that is roasted or baked is also low in caffeine.

If you enjoyed this article on tea and caffeine, you might also like to read the following articles: