Fermentation is an indispensable process for making some types of tea. Many tea lovers may know that fermented tea, like black tea and pu-erh tea contains higher caffeine than unfermented tea like green tea. In this article, we will further verify this conclusion by analyzing some experimental data.

However, the effects of fermentation on tea not only show in its appearance and taste. It also has different degrees of influence on the content of internal substances in tea, such as caffeine.

Caffeine is a natural alkaloid found in everyday foods and beverages such as tea, coffee, cocoa, and chocolate. About 87% of the world’s people are consuming caffeinated products.[1] Caffeine content accounts for 2% – 5% of dry substance in tea leaves [2], which is an important functional ingredient of tea.

Here are some data of caffeine content in different teas which are measured by experiment:

PS: The experiments applied HPLC (High Performance Liquid Chromatography) method. The test target is a dry powder made of 20g tea in a ratio of 1:10 of liquid to material, then use 20mg/ml tea powder to make up 15ml of solution. 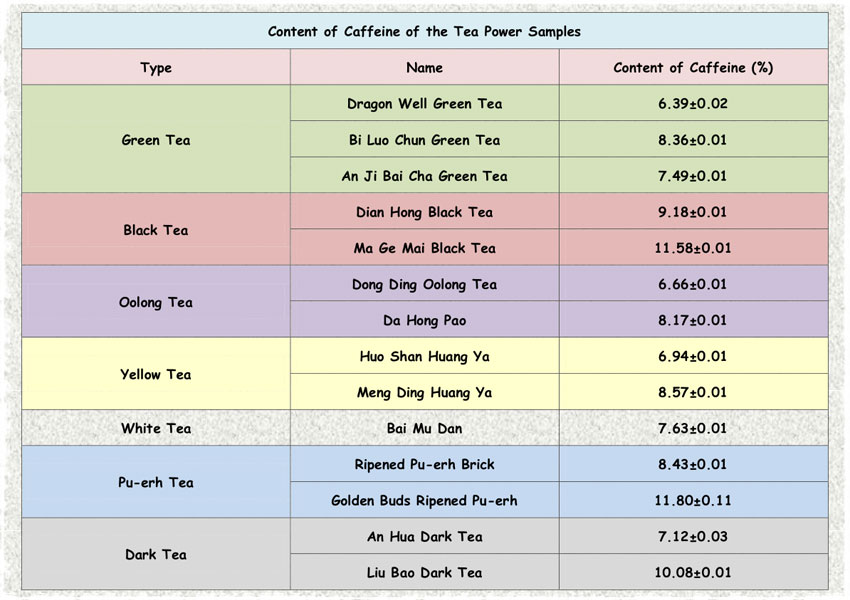 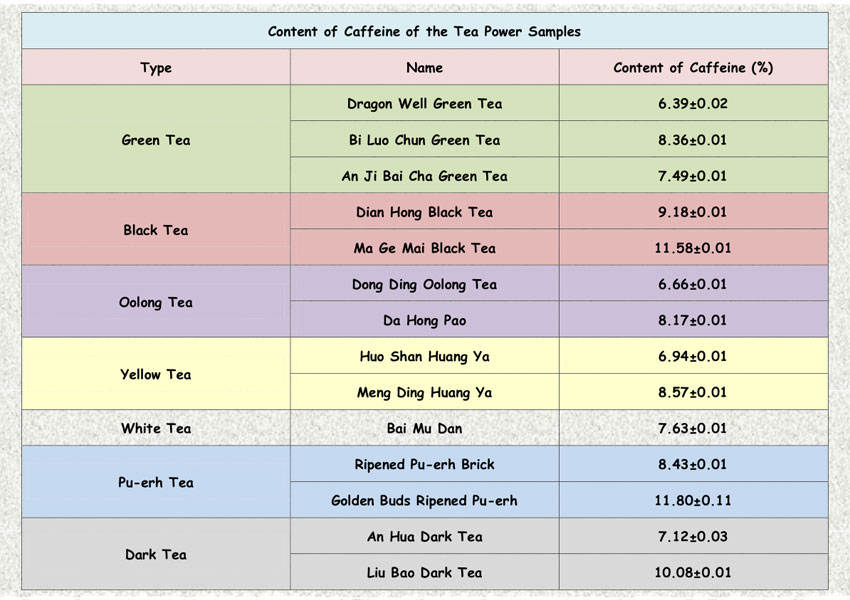 According to these data, it’s not hard to find out that the unfermented green tea, light-fermented yellow and white tea contain less caffeine, while the black tea and pu’erh tea, which were fully-fermented or experience a longer fermentation period contains higher caffeine. That is to say, the fermentation process does have effects on the caffeine content in tea to some extent.

Of course, the amount of caffeine in tea does not depend entirely on the degree of fermentation. Different origins, species, even different part of a tea leaf all have little differences. For example, tea buds have more caffeine than leaves. Of course, our brewing way will also affect the intake of caffeine — the longer we brew a tea the more caffeine it will contain. To learn more about caffeine tea, you can also refer Tea and Caffeine Content 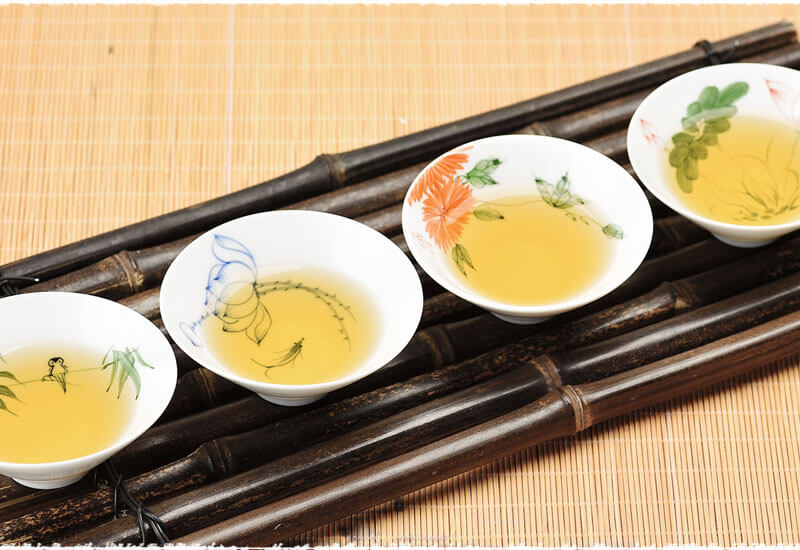 Although fermented tea contains more caffeine, but it has benefit to our stomach, and also a positive effect on lowering lipid, blood pressure, blood sugar and so on. The main reason is that during the fermentation process, a lot of transformations of chemical substances have taken place in tea, so that tea properties have gradually became milder and have less irritation to the stomach. Unfermented tea, on the other hand, preserve more natural substances of tea, such as green tea, that have anti-inflammatory, antiseptic, anti-aging and other effects. However, without fermentation process, the content of tea polyphenols in unfermented tea is much higher than that of fermented teas, so they will have more irritating properties and may stimulate our intestines and stomach.

In a word, although tea contains caffeine, the amount is far less than that of coffee. So no matter fermented tea or unfermented tea, they all have good efficiency to our body. We need to choose drink our tea according to our own needs and physical condition. Some caffeine-free herbal and fruits tea is also a good choice if our body cannot accept caffeine. 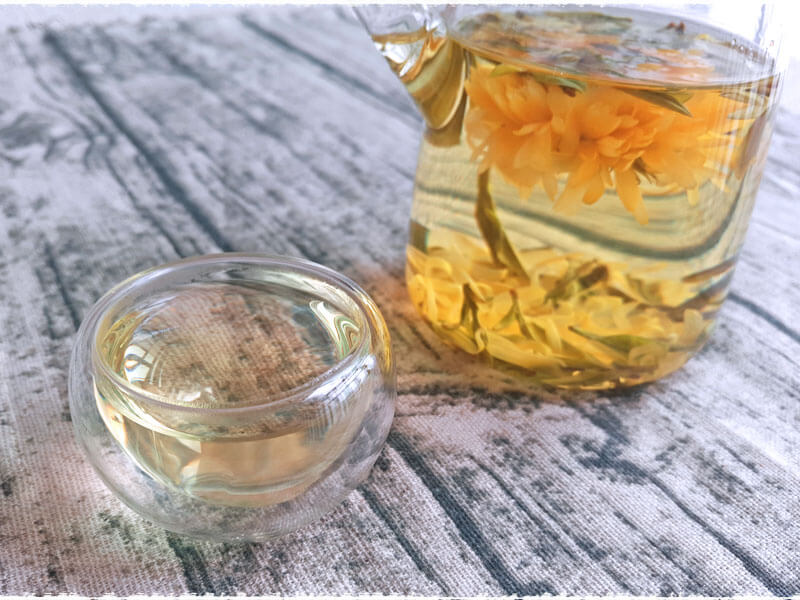 If you enjoyed this article on tea and caffeine, you might also like to read the following articles:

An Introduction to Teapot Shapes Ⅰ
Pu’erh Tea — the Aged the Better?
Yerba Mate Tea — the Past and the Present