A teapot is a vessel with a spout used for steeping and pouring tea. Teapot usually has an opening with a lid at their top, where the dry tea and hot water are added, a handle for holding by hand and a spout through which the tea is served.

Teapot is a vessel with a spout used for steeping and pouring tea. The teapot is made up the cover, the finial, the body, the foot, the spout, the handle and so on. When steeping tea, the size of the teapot depends on the number of people drinking tea. Due to the subtle differences in the handle, lid, foot and shape of the teapot, there are about 200 basic forms. And this article introduces some commonly used teapot shapes.

Xi Shi teapot, the inspiration of making this teapot comes from Xi Shi. Xi Shi was one of the four beauties in ancient China. Xi Shi teapot has round body, short spout and upside-down handle, formed the popular Xi Shi teapot, simple but rigorous and natural. 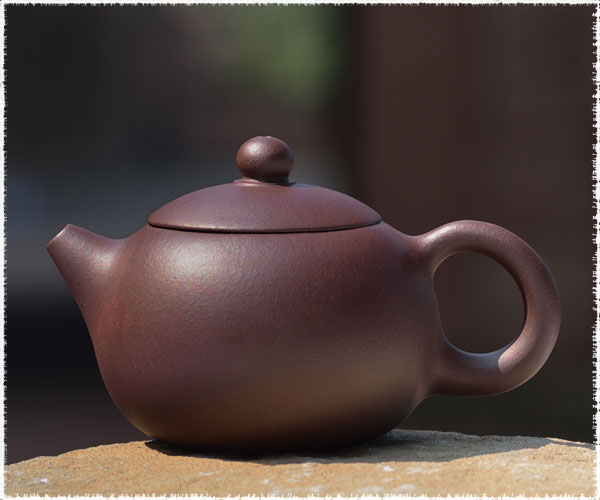 The body of Shi Piao teapot is trapezoidal, the curve is soft and smooth, and the shape is simple. It has a straight spout, an arched bridge shaped knob, and a triangular-shaped handle. The trapezoid body and the inverted triangle handle wonderfully complete the geometric aesthetics of this teapot in perfect harmony. 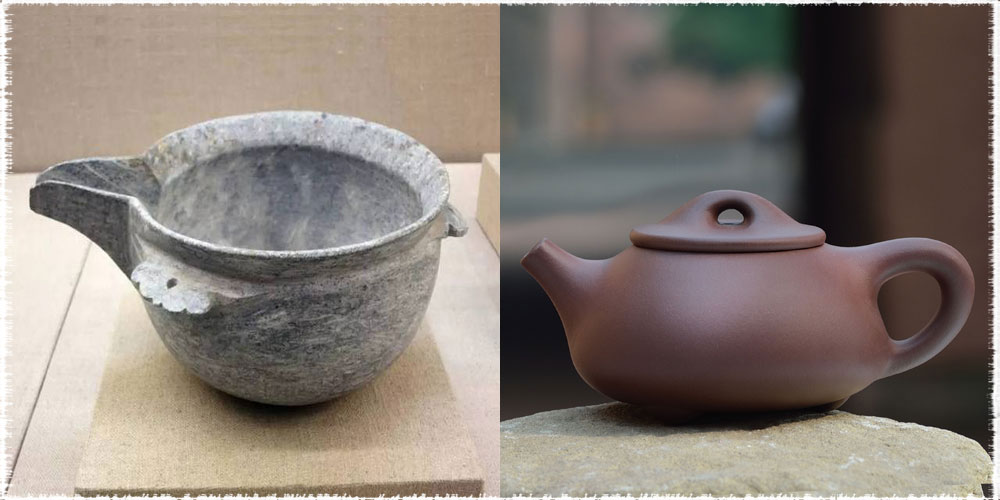 Fang Gu Teapot, drum shape, is also named Drum Shaped Teapot. The drum shape was inspired from the drum which was used at the ancient war to inspire and encourage the soldiers. It has a large bold belly and large flat lid, simple, elegant and dignified. All parts are balanced and naturally untied as a whole, which is easy to use and comfortable to hold. 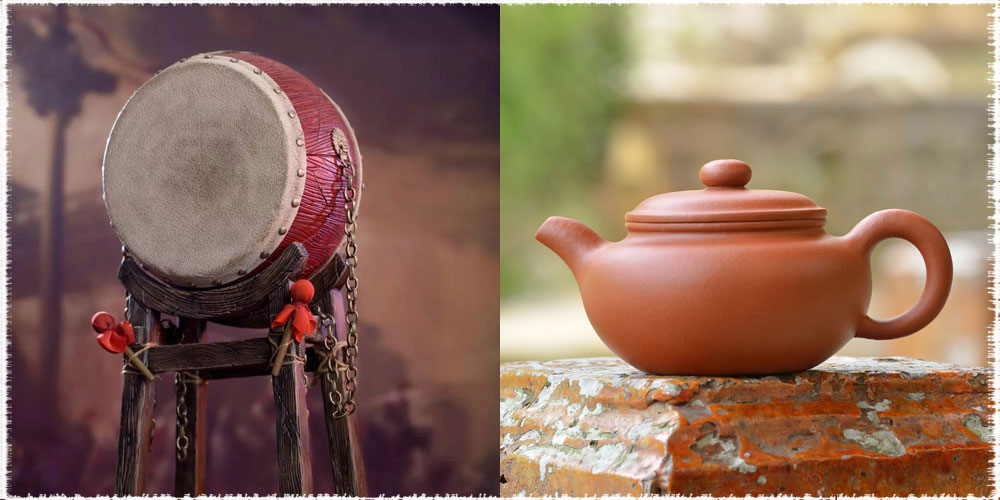 Jing Lan Teapot is made in the form of the stone fence of Chinese Water Well. Jing Lan is the fence of the water well, which is taller than the well, mainly for protection. The cylindrical body of Jian Lan Teapot is made of the stretch and elegant arc, round and powerful, revealed a little square meaning. 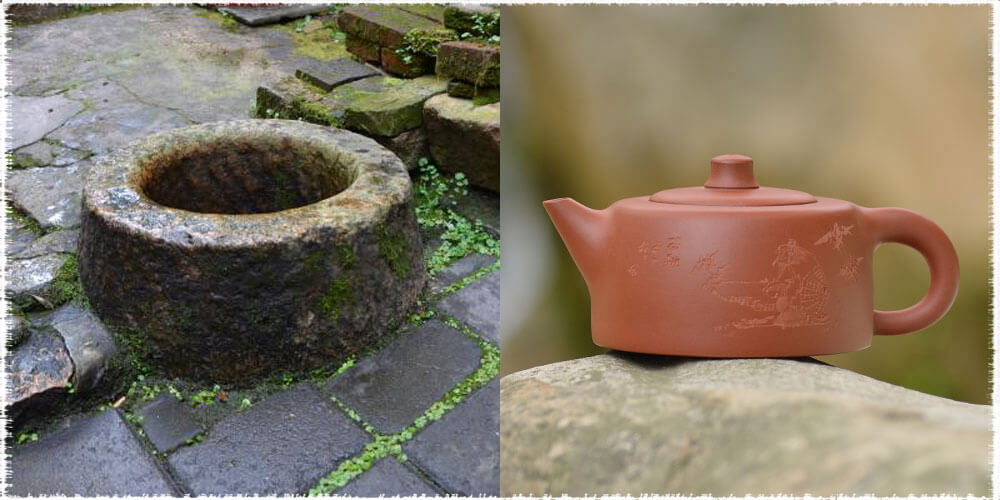 Qin Quan Teapot comes from the very common weighing tool, which is called “quan” (权) in ancient China. The reason why the character “Qin” (秦) is added in front is because Emperor Qin Shihuang unified the weights and measures, so that the weighing tool is based on the ” weight ” of Qin Dynasty, therefore people call it “Qinquan”. The shape of Qinquan Teapot gives us a sense of stability. Its lid is like an “arch bridge”, which is very similar to the part on the top of the weight. The line of the teapot body is concise and plump, giving a sense of simplicity and calmness. 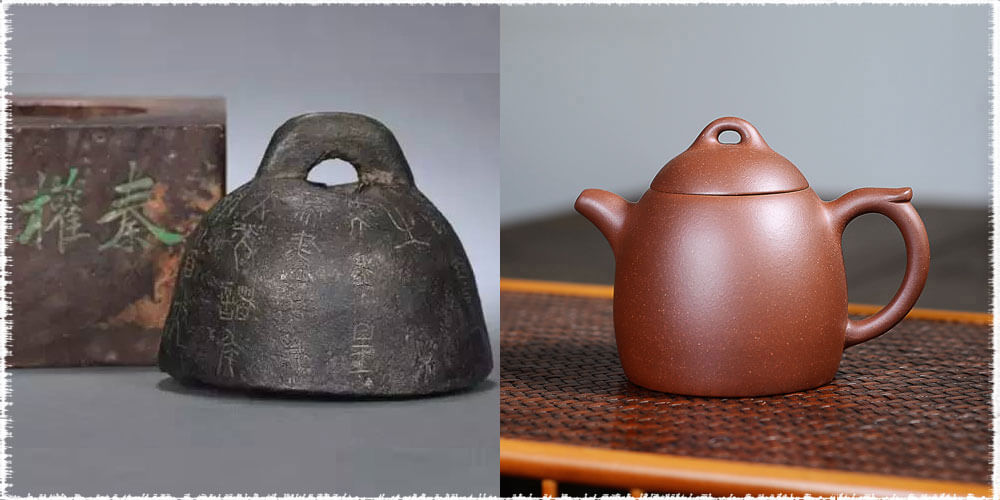 Long Dan Teapot, or Dragon Egg Teapot, is named after its shape resembles a dragon egg. It has round and lovely shape, auspicious and beautiful meaning, and a short and straight spout. In Eastern culture, dragon is also a supreme auspicious totem, named after the “dragon egg”, which is a kind of good wishes and sustenance. 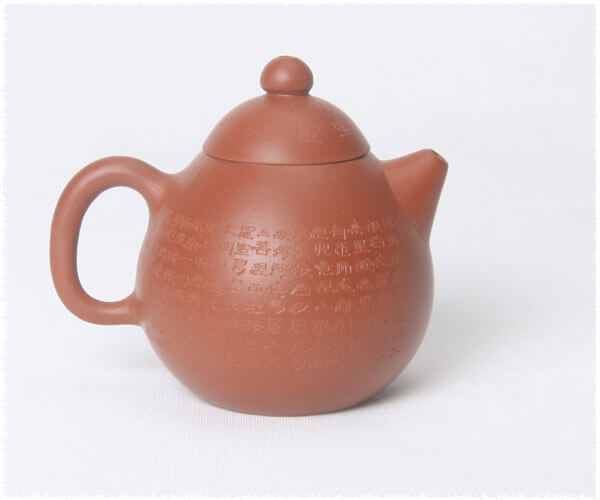 He Huan Teapot, joined together by the upper and lower halves, is named after the small cymbals. In traditional Chinese culture, He Huan, “合欢” in Chinese means good luck and harmony, harmony and joy. He Huan Teapot is elegant and exquisite, which has round and smooth lines, especially the round body, round finial, and round lid. 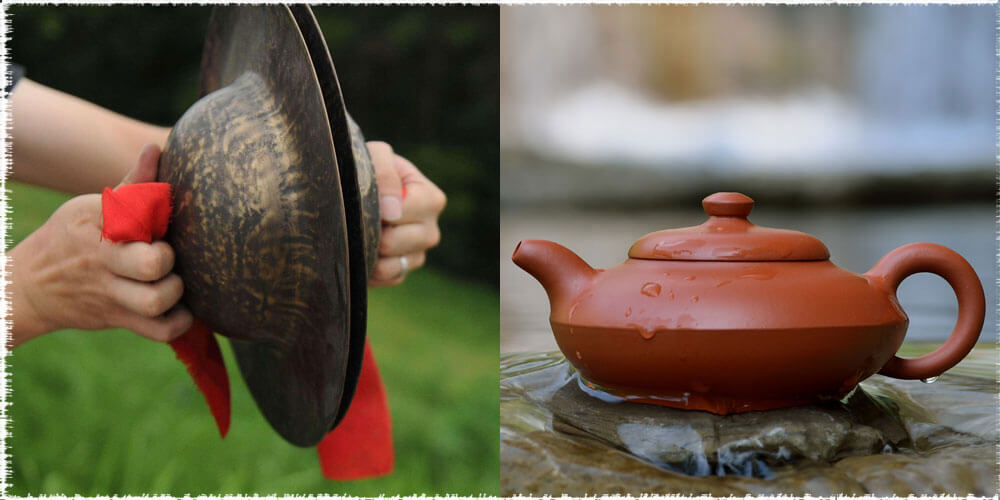 Mei Ren Jian, “the beauty’s shoulder”, is like ancient women, dignified and lovely, with a bit of grace and nobility of the court. Full and decent shape mainly reflects the round body, and the lid of teapot seems to be integrated with the body and no gap. Touching it with your hands, you can feel its warmth. 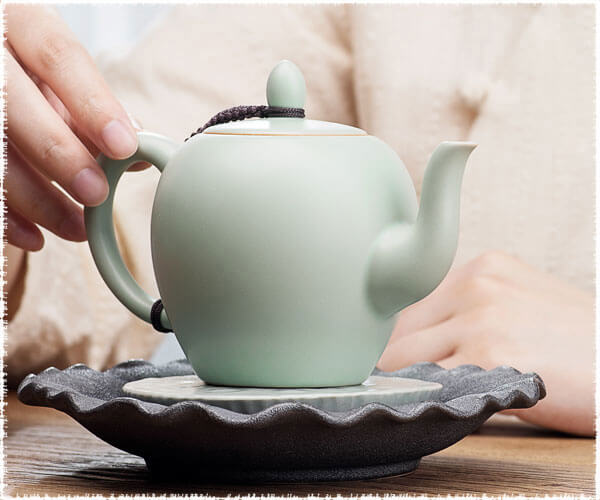 Rong Tian Teapot comes from the Big-belly Arhat in Buddhism, whose large belly is said to hold the world. A slightly low neck is on this teapot’s full body, and the lid is made into a hemispherical shape, which adding a simple and childlike charm. The teapot pours smoothly and is really convenient and comfortable to use. 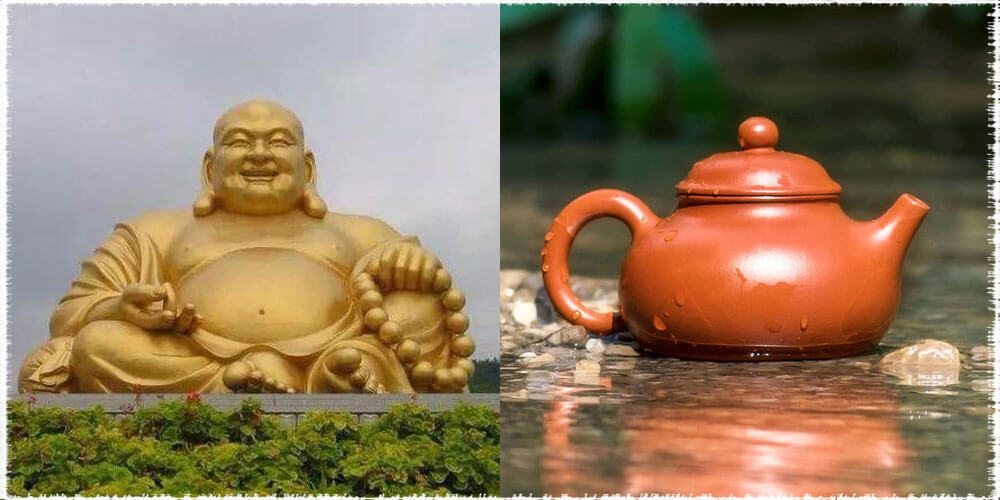 Pear shaped teapot, started in the Yuan Dynasty, popular in the Ming Dynasty, gets its name from its pear shape. Pear is a kind of fruit that is juicy and sweet. But in Chinese pronunciation, pear is “Li”, which has the same pronunciation with the word “离 Li”. So usually we say a pear cannot be split between two people, that is “分梨, 分离 Fen Li”, “separate” in English. Then while making the teapot, the maker made a pear shaped teapot, which symbolized that two people in love can never be separated. 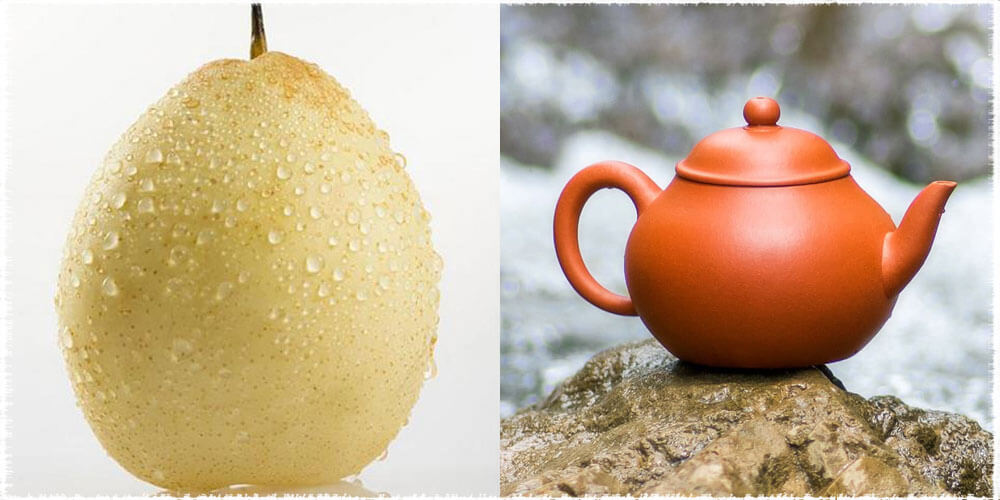 To Be Continued…
If you enjoyed this article, you might also like to read the following article: