One of the standards for determining the quality of a Zisha teapot is how well it pours water. The water-pouring effect could be influenced by a wide range of variables. This article will summarize some main factors to help tea lovers make some simple judgments and conclusions.

I. The Filter Hold of Zisha Teapot (Single hold, Mesh hole and Ball-shape hole)
II. The Spout Shape of Zisha Teapot
III. Factors That May Influence the Water-Pouring Effect

What would you do if you got a new Zisha teapot? I’m sure some of you must instantly fill it with water to test the water-pouring effect! Our criteria for determining whether a teapot is good include whether the water pours smoothly, whether the sealing is effective or not, and whether there is water leakage. However, we cannot solely use this to assess a teapot’s quality. The craftsmanship of the teapot itself, as well as several outside variables, is the additional aspects that influence how water pours from a teapot. These two features will then be introduced and summarized in this article.

I. The Filter Hold of Zisha Teapot

Filter hole is an important part of Zisha teapot. It serves as both the initial level of exit for the tea liquid and, to a certain extent, a filter for the extra tea residue. The Zisha teapot’s filter holes can be broadly categorized into three types: single, mesh, and ball-shaped.

Single Hole — as the name implies, the teapot just has one hole. This type of hole is more common in ancient teapots in the Ming and Qing Dynasties. It has the greatest channel for water flow, but the filtering function is weak, and if the pouring action is too large or there are too many tea leaves, the blades will clog the hole, resulting in unsatisfactory or interrupted water pours. 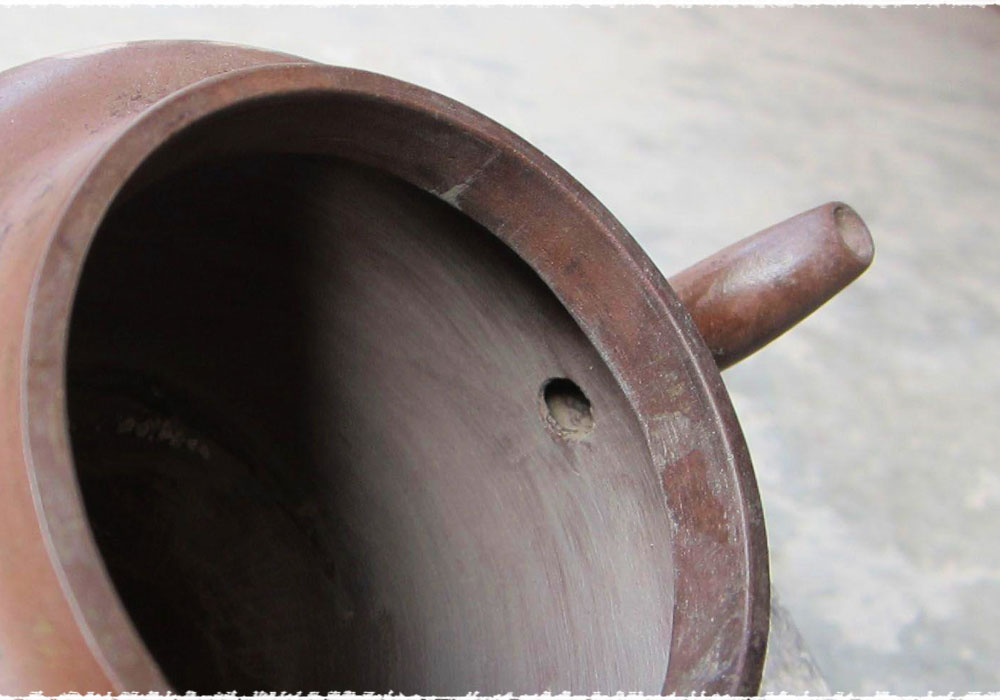 Mesh Hole — which mostly consists of seven, nine, and fourteen holes, initially appeared in the late Qing Dynasty. It has been utilized till nowadays and is the most typical filter hole shape because it can efficiently filter tea leaves as well as guarantee water pouring. 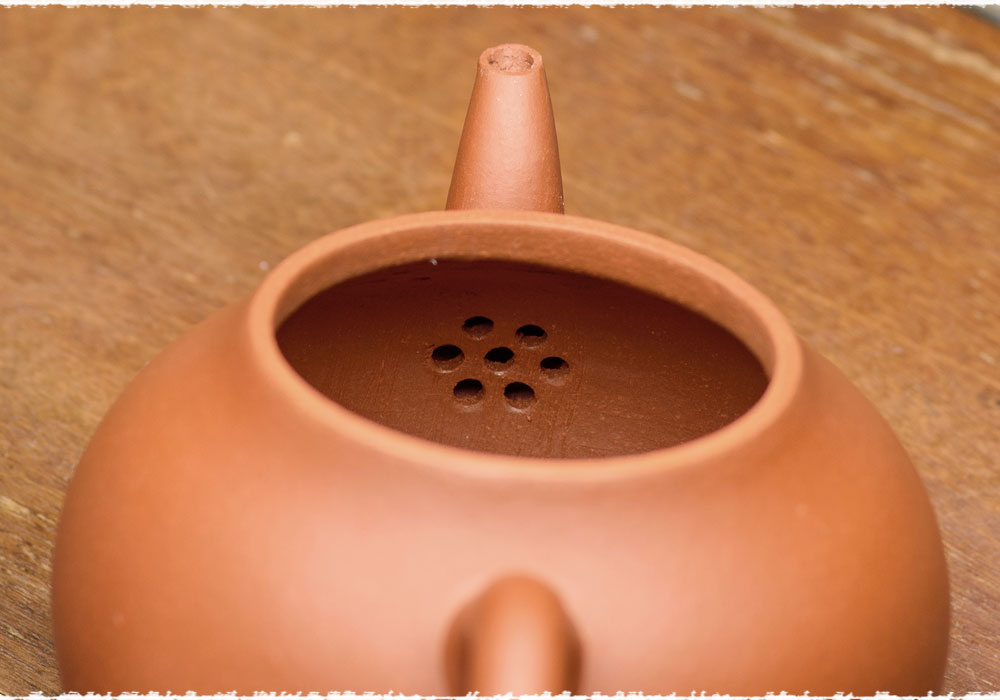 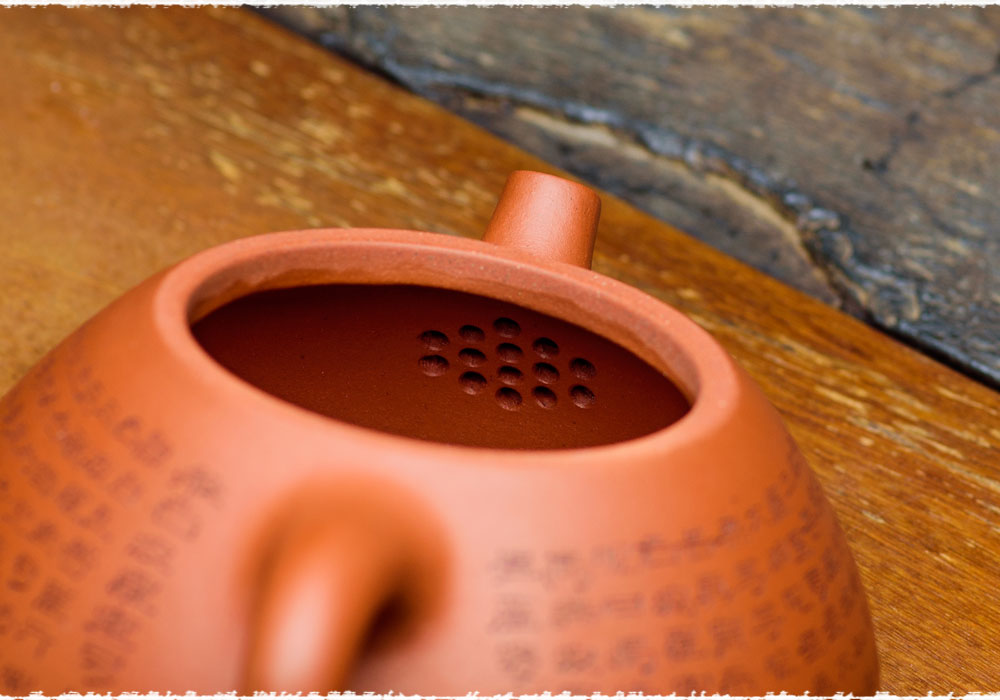 Ball-shape Hole — this hole type first developed in the 1970s, and it consists of a hemisphere filled with small holes that is attached to the inner wall of the spout section. The fine filter and convex spherical surface not only improve tea filtration but also provide a greater water flow area. 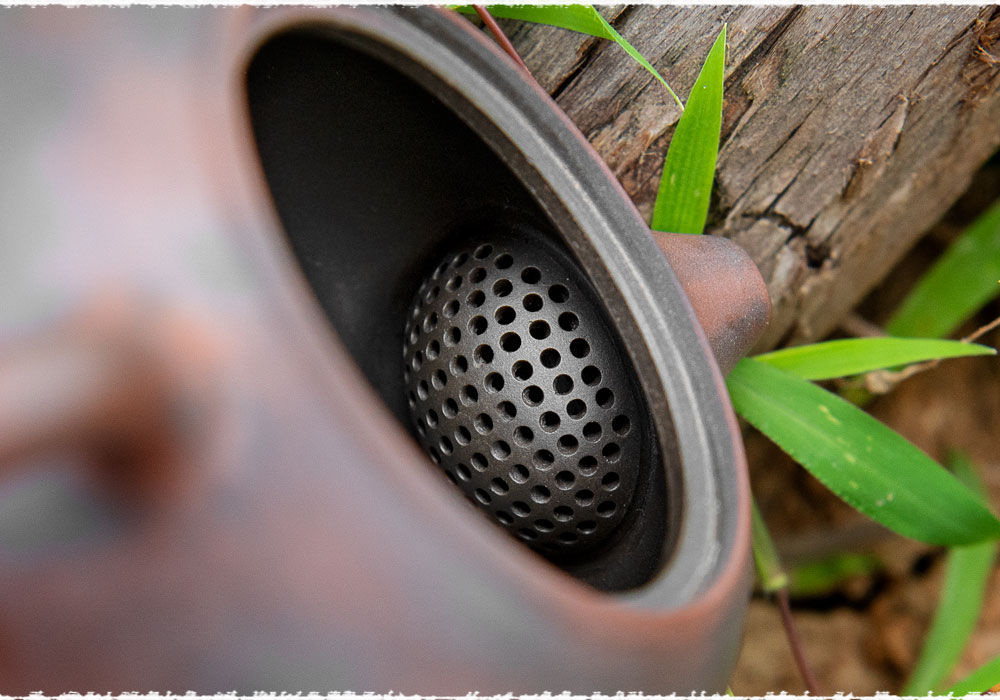 The spout of the Zisha teapot is also a significant component of the teapot, since it is the key link that impacts the water pouring. Spouts are loosely classified into the following categories based on their shape:

Straight Spout — As the name suggests, teapots like Xi Shi or Shi Piao are all applied such simple straight spout, which allows the tea liquid to flows directly and smoothly. 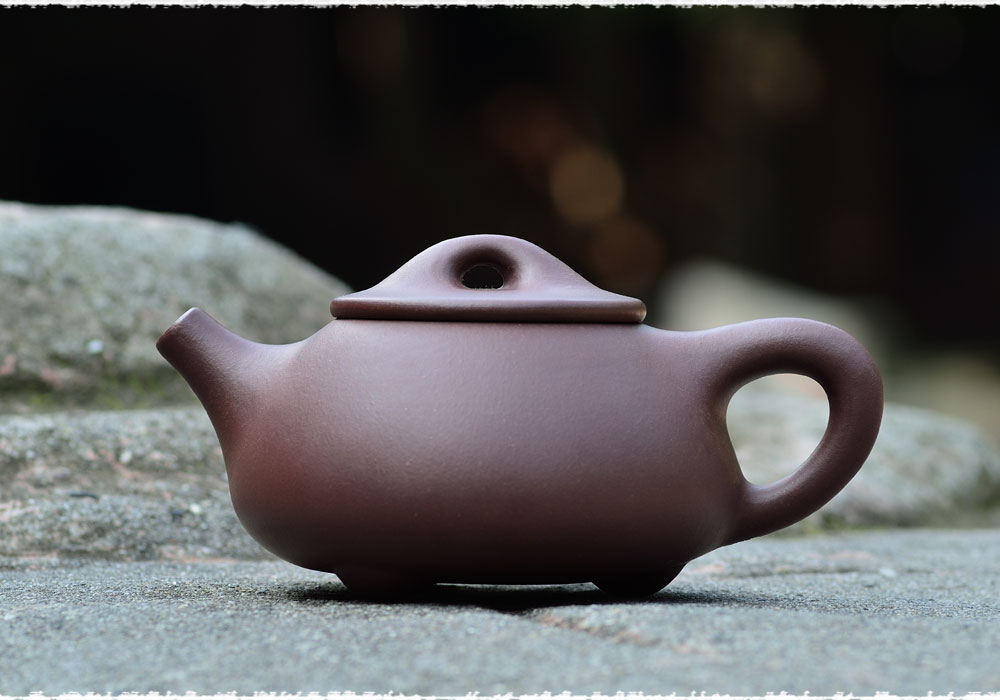 Yi Wan Spout — it means a spout with one radian. It’s shaped like the “bird’s beak” and commonly found in Fang Gu teapot. The spout bent down, which also allows the tea liquid to flows directly and smoothly. 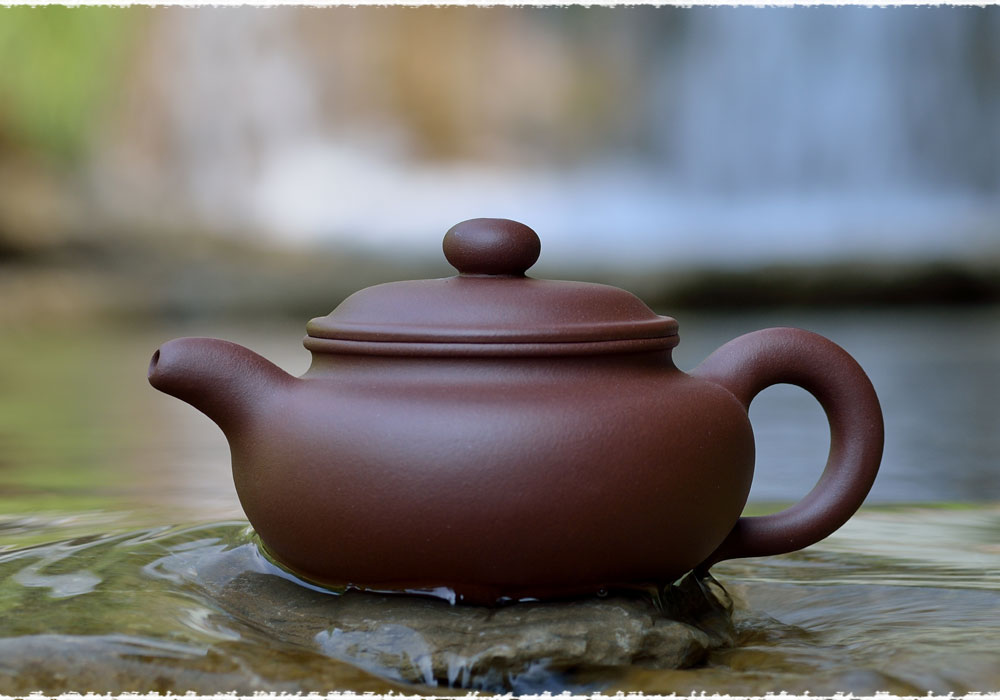 Er Wan Spout — the spout with two radians. This sort of spout’s root section is rather large, as is the permissible water flow; the root part to the water exit gradually shrinks; As a result, a correctly constructed er wan spout produces a forceful water-pouring. 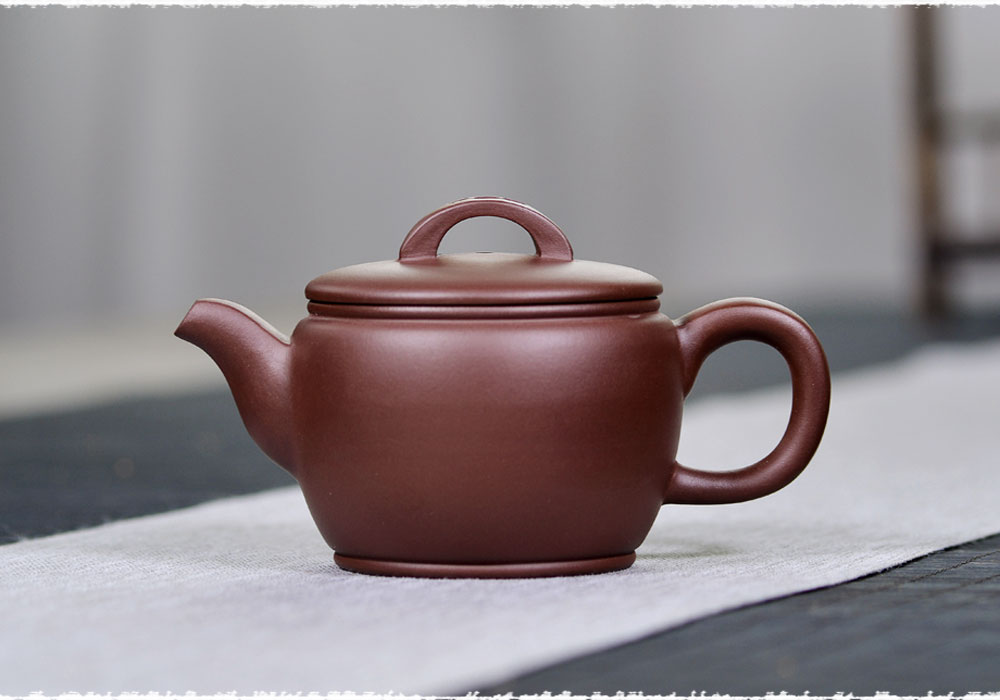 San Wan Spout — this spout is shaped like a “S,” which is commonly found in teapots with tall bodies, so that the proportions are more harmonic and the overall shape is softer. When compared to other spout kinds, the tea liquid must pass through a lengthy spout with three bends, resulting in a less strong water-pouring. 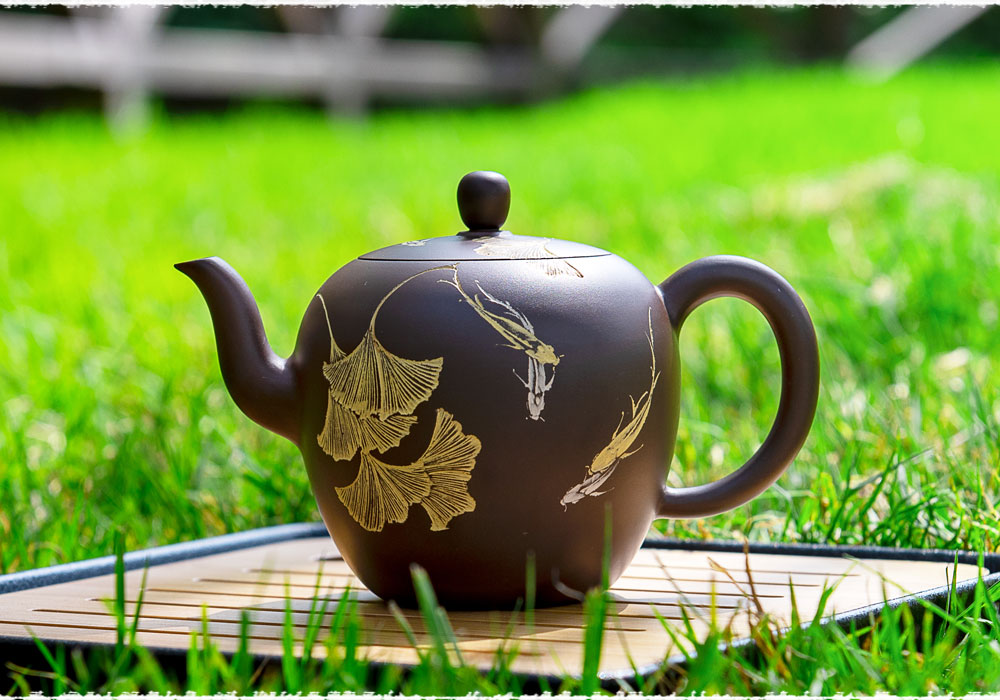 III. Factors That May Influence the Water-Pouring Effect

We normally look to see if the water pouring from a teapot is smooth, if the water is cleanly shut off, and if the lid is properly fitted and does not leak. We believe that an excellent teapot must fulfill these requirements. In reality, this is not the case. The water pouring effect of a Zisha teapot is affected by a variety of elements, including teapot form, water volume, and method of usage.

The workmanship of a Zisha teapot greatly influences its water-pouring effect. For some mass-produced non-handmade teapots, semi-handmade teapots, or teapots with relatively rough workmanship, the lid and body of the teapot may not be able to be tightly seamed to ensure airtightness, resulting in a less-than-ideal effect of water-pouring and water-stopping, as well as the phenomenon of water seeping out of the lid when pouring. However, we will also discover some magnificent fully handcrafted teapots, even manufactured by masters, also with varying water-pouring effects, as well as the phenomena of “water leaking.” This may relate to the following points.

It may be notice that when we just start pouring, the water flow is strong and forceful, however if we maintain the initial pouring angle, the water flow becomes weaker and weaker. Water can sometimes be seen flowing along the spout to the bottom of the teapot. This is the affect of water pressure; the more water that comes to the spout, the stronger and more beautiful the water flow. Meanwhile, another obvious conclusion is that the lower the positions of the teapot spout’s root, the better the effect of water pouring. 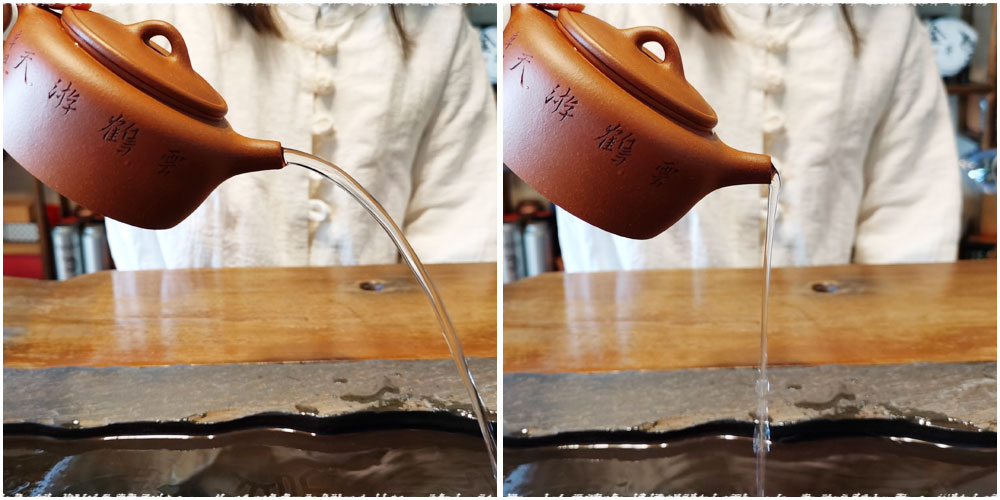 Friends who are familiar with Zisha teapots will notice a hole at the teapot lid. This little hole may keep the air pressure within and outside the teapot steady, allowing the liquid to flow out easily. If the air hole is clogged or too narrow, the air pressure in the teapot decreases, and the water does not flow smoothly out of the spout or is intermittent. As a result, when utilizing it, we must be careful not to block the air hole. 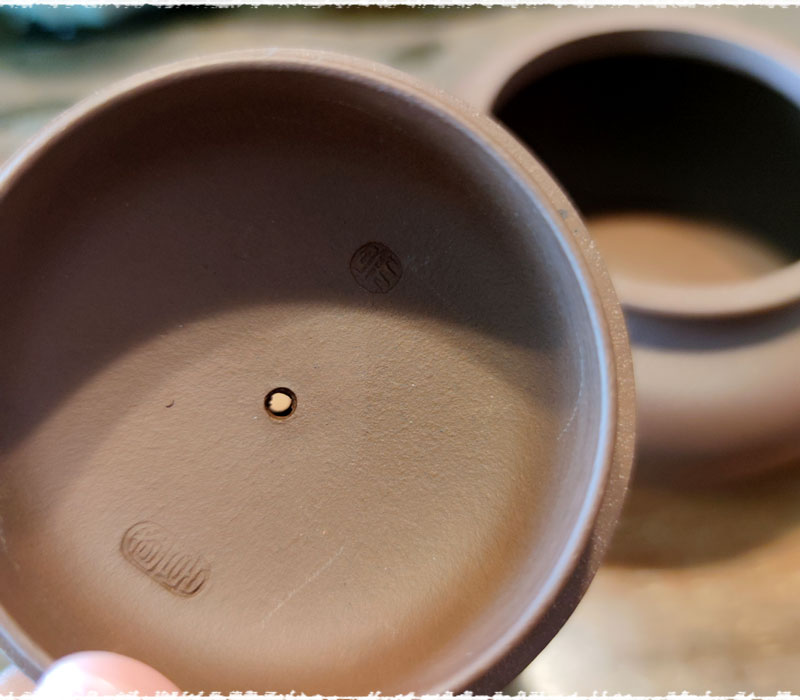 The force of water flow mostly depends on the shape of the teapot spout. As previously stated, the spouts of Zisha teapots vary in form. Under the same conditions, the more “bends” the spout has, the less force the water flow has, thus the pace of water pouring is slower than with a straight spout.

By far, I believe that everyone can approximate judge the water-pouring effect of your Zisha teapot. In truth, aside from prices and workmanship, there are other aspects that influence the water pouring, making so we cannot make a straightforward and one-sided judgment. Even our usage practices, such as the way we pour water, stop water, the strength, and so on, have varying degrees of effect. The water-pouring effect of a teapot is only a small aspect. As long as we like it and can enjoy the charm and enjoyment of brewing tea while sipping tea, then it is a good teapot. Hope that every tea enthusiast may find a teapot that you like.