Yao Bian is regarded as an artistic porcelain glaze and appreciated by people. It is an accidental colouring change in the kiln which will result unpredictable beautiful color and patterns on teapot, tea cup, tea accessories, etc.

What is Yao Bian (furnace transmutation)

Chinese term 窑变(yaobian) – furnace transmutation / changing of colour in the kiln / fambe. Term Flambé glazes were much admired in Europe. The streaked or variegated effect of the glaze as seen inteaware is nothing to do with firing control; it is caused spontaneously as a result of particular glaze designs and the way they react when fired in the kiln.

Due to natural variation during firing, the beautiful patterns on each teapot, gaiwan, tea cup or tea accessories will all be slightly different. Making unpredictable character of the porcelain and giving each particular item a unique look.

Yao Bian kiln changes appeared occasionally on celadon porcelain since the Tang Dynasty. At the beginning, the Yao Bian (furnace transmutation) in the kiln was considered unlucky, and fambed porcelain were often broken. Over time, it was found to be extremely beautiful, such as a splendid cloud, or a spring flower and an autumn cloud, or a galloping horse, so it was regarded as an artistic porcelain glaze and appreciated by people.

What are the reasons that caused Yao Bian of porcelain “one color when into the kiln, came out colorful” ? The occurrence of Yao Bian kiln changes is closely related to the conditions of the clay, the temperature in the kiln, the content of mineral components in the clay, and the space for firing. The earliest kiln changes came from accidents.

1. Unique texture and glaze
The raw materials for Jianzhan ware are mullite, quartz, cristobalite and iron oxides. The formula of the soil is a combination of refractory laterite containing alumina and another soft clay. The glaze of Jianzhan is an ancient type of lime glaze. It is with strong acidity and stickiness, so the glaze is easy to hang and the color is deep. 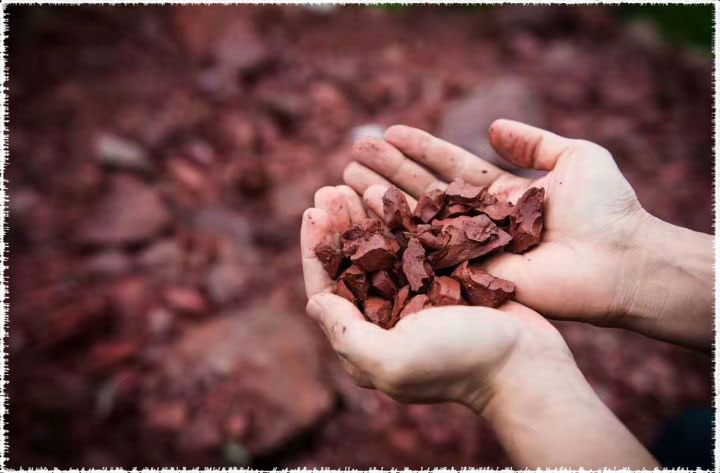 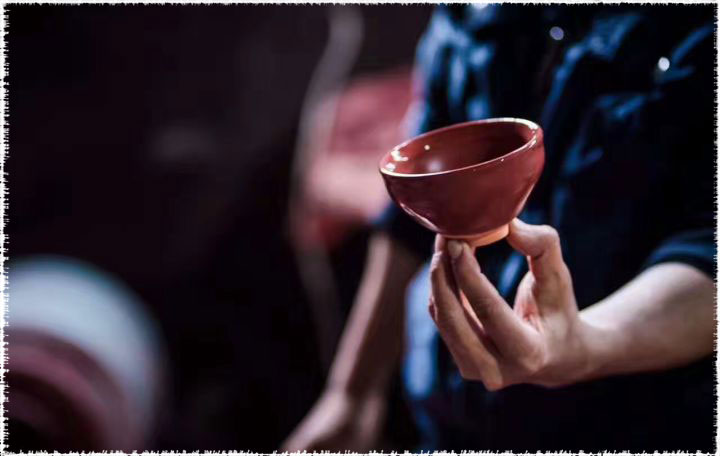 3. Process of firing in kiln
Firing is the most critical process of kiln-changing of porcelain. Every subtle change in this process will affect the kiln-changing effect of porcelain.
The placement of products in the kiln, dense or sparse of products during kiln installation, different fuels (firewood kiln, electric kiln, gas kiln) during kiln firing, lightening and reducing atmosphere, different firing temperature, climate change and the level of kiln technology will make different effects of Yao Bian for Jianzhan. 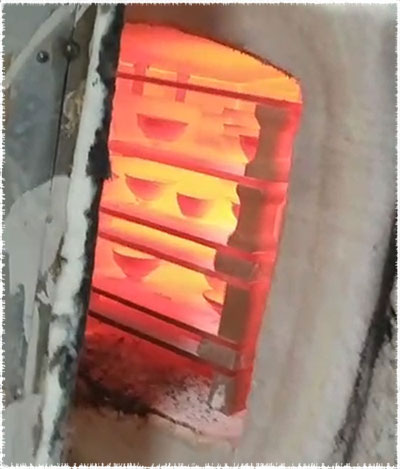 What kinds of teaware have such furnace transmutation

Take the furnace transmutation of Jun porcelain as an example

Jun porcelain originated in the Eastern Han Dynasty and is one of the five major porcelains in the Song Dynasty. It is well-known for its unique art of kiln transformation. With its miraculous kiln changes of “one color before firing in the kiln and colorful colors get out of the kiln after firing”, it is known as: the head of the five famous porcelains. 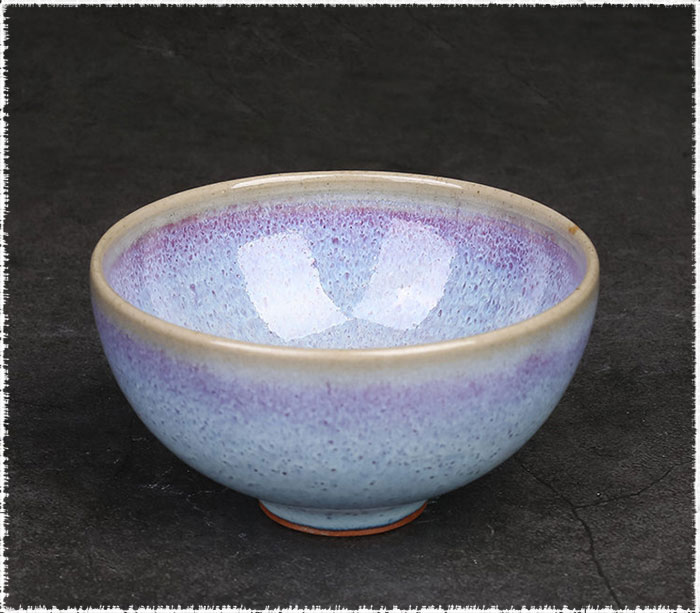 Third, Jun porcelain was also a kiln transmutation glaze, and it refers glazing color changing in the kiln. Utensils applied with glaze were in the same color before placed into kiln, but they became colorful at the time out of kiln after being fired. The ancients had sung high praise of the endless variation and fantastic charms of porcelain from Jun kiln. For example, “one color before entering kiln and various color after coming out of kiln”. “Jun kiln is matchless, featuring unparalleled kiln transmutation”, “the richest color and endless mood” etc.

The cause of kiln transmutation were as follows: Copper in the glaze was a kind of metal with variable valence, which was quite sensitive to firing atmosphere. One atmosphere in the kiln changed, existential state of copper in porcelain glaze would immediately change.

More information from this link
https://books.google.com.hk/books?id=d__HBAAAQBAJ&pg=PA366&lpg=PA366&dq=transmutation+glaze&source=bl&ots=cxhhbbnFeb&sig=ACfU3U1uLfnlTmXSQNQ-w-3n4w18Lmvyjw&hl=zh-CN&sa=X&ved=2ahUKEwjnuv7_mMnnAhWSHXAKHVY0AXQ4FBDoATAFegQIChAB#v=onepage&q&f=false

Teapots applied with glaze are in the same color when placed into kiln.

After being fired for 35 hours, they became colorful at the time out of kiln.

The fascination of Jian Ware is mainly due to the kiln change pattern of the crystal glaze. The glaze of Jianzhan belongs to the category of ancient crystalline glaze and is with high iron content. During the high temperature firing process of more than 1,300 degrees, the glaze water will change into various natural and peculiar patterns due to the change of temperature and atmosphere in the kiln. This kind of pattern caused by the change of the glaze water itself, rather than artificially controlled color glaze, is called “Yao Bian / kiln change / furnace transmutation”. The ancients also regarded it as a gift from the kiln god. The result is that the colors and patterns are unpredictable, which brings us many surprises! 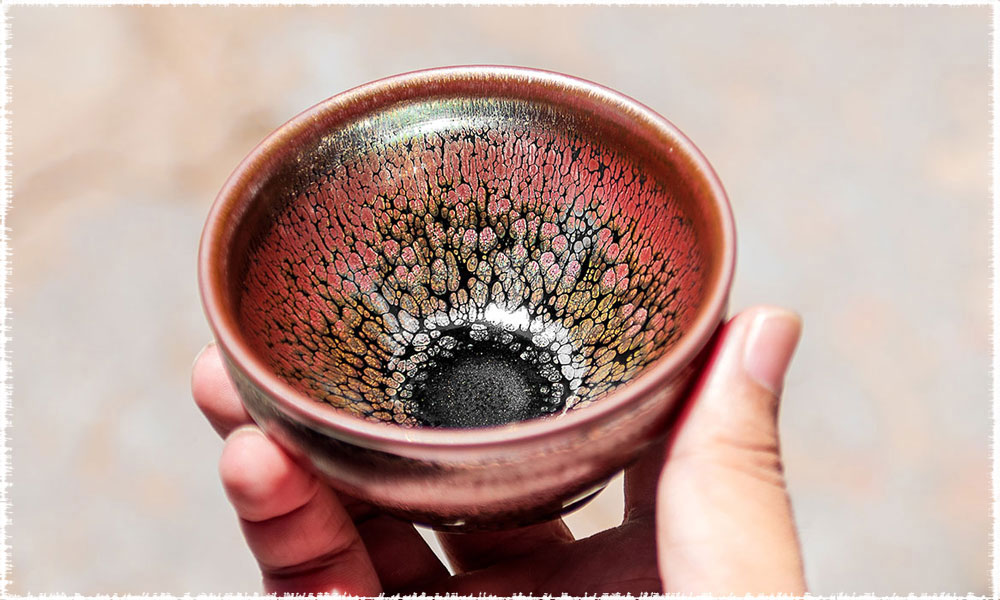 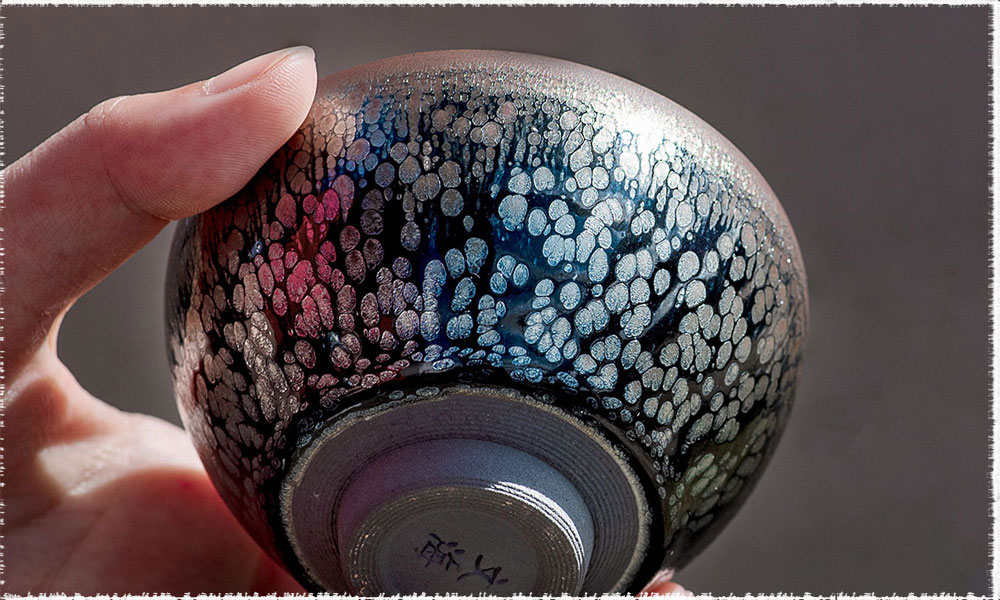 Qinzhou Nixing Pottery is a kind of special pottery that does not need glazing but can naturally form furnace transmutation of colored teapot.

Yao Bian Kiln change is a major feature of the unglazed firing of Nixing pottery. When the temperature of the kiln rises to 1200°C, part of the utensils changes and naturally forms a variety of colorful colors and textures. However, this kind of kiln change phenomenon is not seen in the final product, because the surface of the utensils is covered with a layer of oxide. Therefore, Nixing pottery has a kind of polishing process. The traditional method is to polish the surface of the utensils with pebbles. Nowadays it is usually polished by machine. After polishing, the utensils will be brilliant colors and texture, such as sky blue, bronze, tiger stripes, large spots, and dark green.

Not every piece of Nixing pottery has a kiln change effect, and not every kiln change is beautiful. A good Yao Bian utensil is rare, and there is no similarity.

The bronze color evolved from the blackening process, which is mainly related to the polishing process. After the black color formed, there is another process of polishing. If the polishing is light, the final product is still black (that is, the outer layer to be lightly polished). If the polishing process (sanding and peeling) is deeper, then the natural color which is close to the Nixing pottery clay will be exposed. That is the bronze color we are talking about (the outer layer is polished very deeply, thus the black outside is polished away).

The beauty of Jianshui Zi Tao Pottery is on its vagaries of the Yao Bian kiln change. Same as Jianzhan, the Jianshui pottery is also a kind of unglazed utensil. The Jianshui pottery is a kind of deep color pottery, and it is rare that Jianshui pottery can get Yao Bian (furnace transmutation) effect without glazing. Experts analyze it mainly because there’re plenty of mineral substances such as iron, calcium, potassium. When the temperature of the kiln rises to 1200°C, there will be Yao Bian (furnace transmutation) caused because of mixture and permeates of these mineral substances. Thus on the surface of the Jianshui Zi Tao utensils there will be different color and texture. This is a significant characteristic of Jianshui Zi Tao Purple pottery; however, the probability of Yao Bian (furnace transmutation) is low. It is favored by many people. 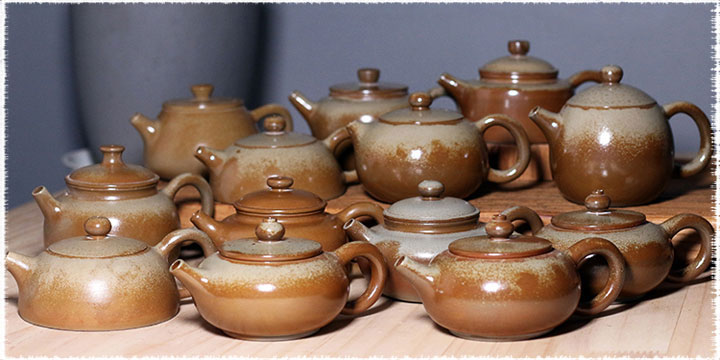 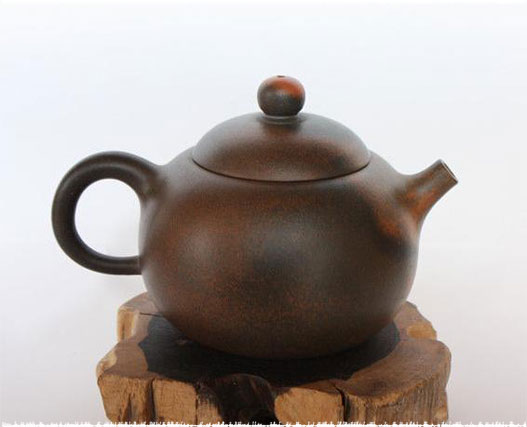 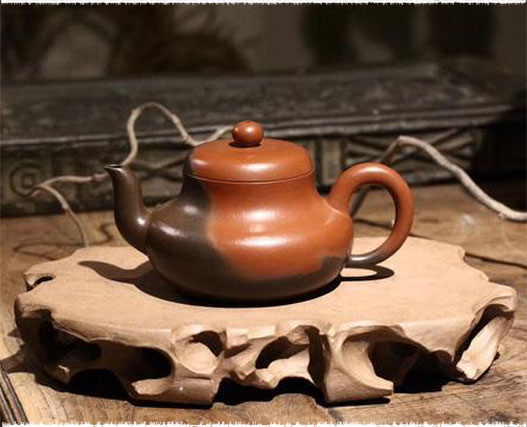 Nowadays, the Yao Bian teapot is relatively few because most of them are produced in electric kilns. The Yao Bian (kiln change) pots are mainly occurred in “cai shao firewood firing” kiln. Under the relatively accurate control of the temperature change in the kiln, it will produce a unique texture of the Yixing Teapot.

The craftsmen make every teapot carefully, which gives us unexpected pleasure when seeing a beautiful Yao Bian teapot. Everyone has their own favorite colors and patterns. Every Yao Bian Fambe piece is unique. The one you have is the only one in this world.
When you choose the teapot you like, then it will also be important to maintain your teapot.

How to Season Yixing Teapot