People always say that aged pu’erh tea is drinkable antique. For green, black and oolong tea, we all prefer every year’s new teas, not only because of the fresh taste and aroma of new tea, but also because the best drinking period of these teas is relatively limited. But for pu’erh tea, many of us may choose three-year, five-year, ten-year or even older tea. A series of labels of pu’erh tea such as “the aged the better”, “the aged tea tastes better and more valuable” have been heard by both newcomers and experienced tea lovers. So, can pu’erh tea really be “the aged the better? What factors that determine this quality? Let’s discuss it together.

1. The Characteristics of Pu’erh Tea in Different Years

Raw pu’erh tea is mostly made from Yunnan large-leaf tea species, produced by withering, shaqing, rolling, drying, and then pressing into cakes, and then to increase the quality and taste by natural aging. While the production of ripened pu’erh requires one more fermentation step called “Wet Piling” (For more details, please check the article Pu-erh Cake Tea Proces). Due to the difference in production steps, raw pu’erh and ripened pu’erh are very different from appearance to taste, and the effect of aging on them is also slightly different:

In terms of raw pu’erh, the color of the freshly made tea is mainly dark green, with prominent pekoe, outstanding aroma, bitterness and strong irritation; people with poor gastrointestinal conditions are not suitable for large amounts of drinking.

The color of raw pu’erh that has been stored for 1-5 years gradually changes from dark green to yellow brown. As the aging time getting longer, the tea nature of them will become more and more stable, the bitterness will gradually weaken, the color of tea liquid will deepen, the taste will become thicker and the irritation to the stomach will also reduce a lot.

The raw pu’erh stored for 5-10 years is called “mid-term tea”. During this time, the aroma of tea gradually changes from floral to woody, and the tea liquid becomes smoother and mellower.

While for the raw pu’erh which is over 10 years old, the dry leaves has obvious aging and woody aroma, the tea liquid is golden and bright, and the taste is sweet and mellow. The bitterness and astringency of the new tea in the early stage has also become softer and more acceptable.

Similarly, for ripened pu’erh, aging also has a great influence on its aroma and taste. Ripened tea that has just been fermented will have a strong taste of “wo dui”, the flavor of tea liquid is weak and is not transparent enough, so it is generally not recommended to drink.

The ripened pu’erh stored for 3-5 years is warm in nature, and begins to show the unique characteristics of ripened tea: dates and woody aromas begin to appear, the tea liquid is red and thick, with a mellow and sweet taste.

While for the ripened pu’erh that stored for 5-10 years or over 10 years, are very worth trying. Its chenxiang, woody, jujube, and glutinous aromas are prominent, and the tea liquid becomes transparent and bright, just like red wine; the taste is rich and mellow, sweet and smooth. 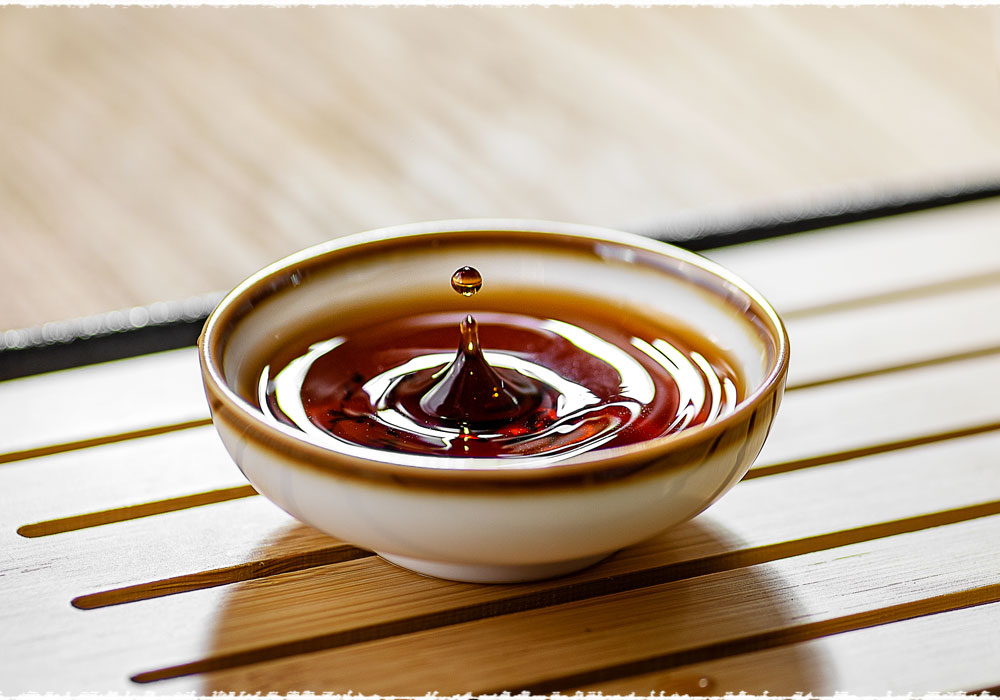 2. Regarding the Saying That Pu’erh Tea is “the Aged the Better”

The changes of pu’erh tea over time are not just the result of many years of observation and experimentation by modern people. As early as the Ming Dynasty (1368-1644 A.D.), Li Yuanyang, a Jinshi of the Bai nationality in Dali, once described a famous tea from Yunnan with the phrase “long storage makes the better of taste.” It can be seen that the ancients also discovered this secret of tea.

Ms. Ruan Dianrong (the Vice President of China Tea Circulation Association) said in the article Aged Pu’erh Tea: The Weight of Time published in the Yunnan Daily in 2005:”Aged pu’erh is a legend of time, a patient carving of details by time; it is also a kind of epiphany, a practice that takes time to complete, and is the best commentary on ‘combination of tea and Zen’.”

“Combination of tea and Zen” (禅茶一味, chán chá yī wèi) is a Buddhist concept. “Cha” generally refers to tea culture, while “chan” means quietness and cultivation of mind, and “yi wei” refers to the similarities between tea culture and Zen culture. Cultivation is the baptism of time, with great concentration and practice, one can slowly transform and grow, so as to reach a higher state; same for pu’erh tea, which change its internal substances with long-time aging, and become tastier, isn’t it a kind of cultivation? 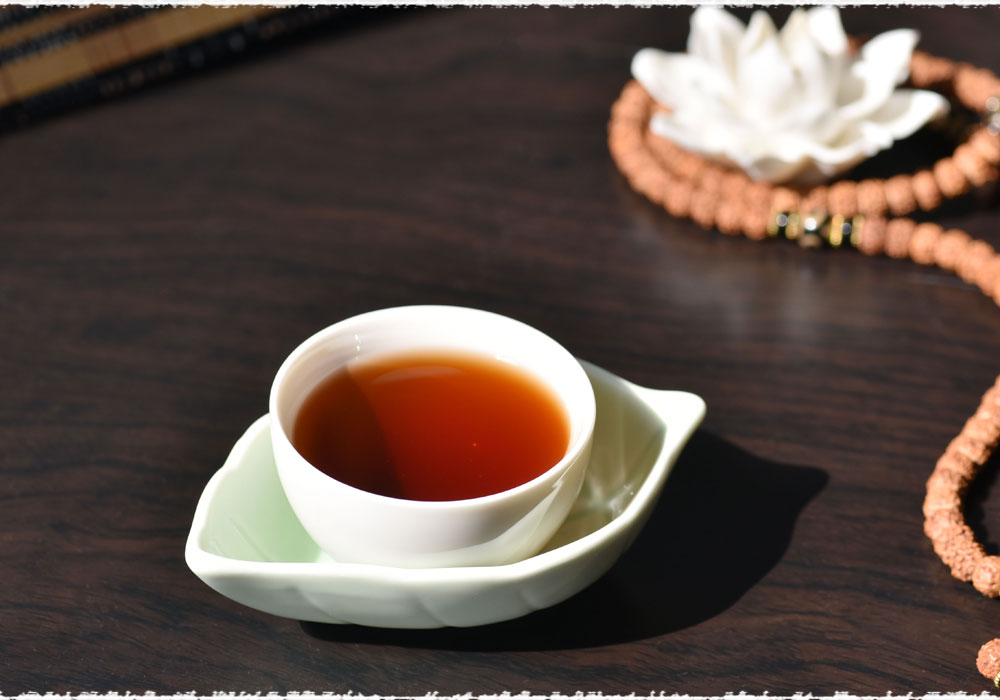 In fact, these changes in pu’erh tea are all thanks to the conversion of the main chemical components inside the tea, such as tea polyphenol, amino acid, soluble sugars and so on. The essence of the storage is the slow oxidation process of these chemicals.

For instance, after storing a while, the tea polyphenol in tea are oxidized and the content is lower; amino acid and irritating substances will also reduce; the soluble sugar content increases, so the bitterness and astringency of raw pu’erh will reduce, the taste of tea liquid becomes soft and smooth and the sweetness will increase; while the ripened pu’erh tea will become mellower and sweeter. 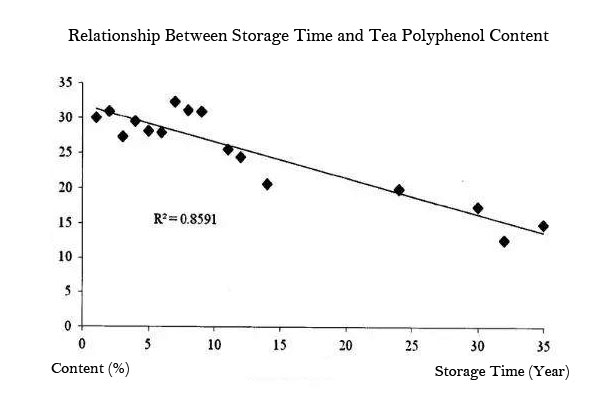 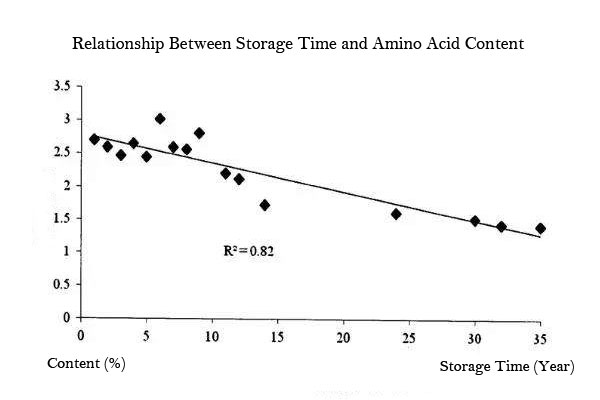 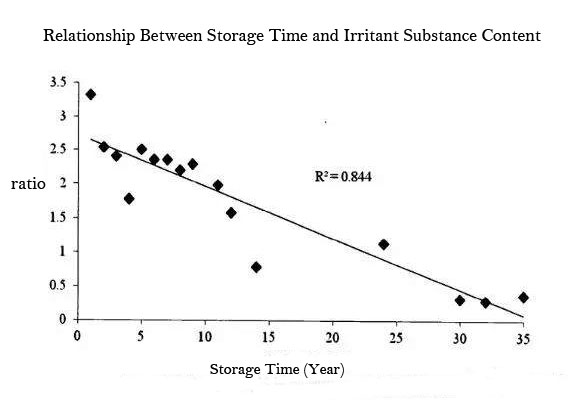 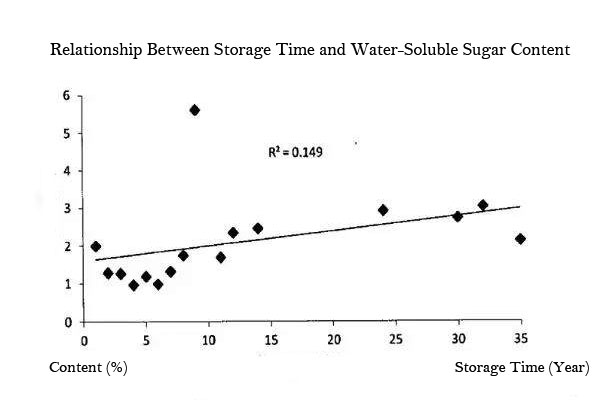 4. Factors That May Influence “the Aged the Better” Quality

In the wine industry, there is a saying that “materials count seventy percent and processes count thirty percent”, and the “terroir” is also very important, that is, the soil, environment, climate, etc. of different regions, especially what kind of wine can be made from what different grape materials are all have very unique standards.

The same is true for pu’erh tea. Good raw materials are the basis for the later aging of pu’erh, especially raw pu’erh tea. In addition, the raw materials formed by different tree species under different soil and climate environments also have certain differences. In Yunnan, there are many different pu’erh producing areas, and the pu’erh produced there all have their own characteristics (For more details, please check the article Top 10 Famous Pu-erh Stockades). It can be seen that the origin, age of tea trees, environment, and picking time are all important reasons that determine the quality of pu’erh tea materials. 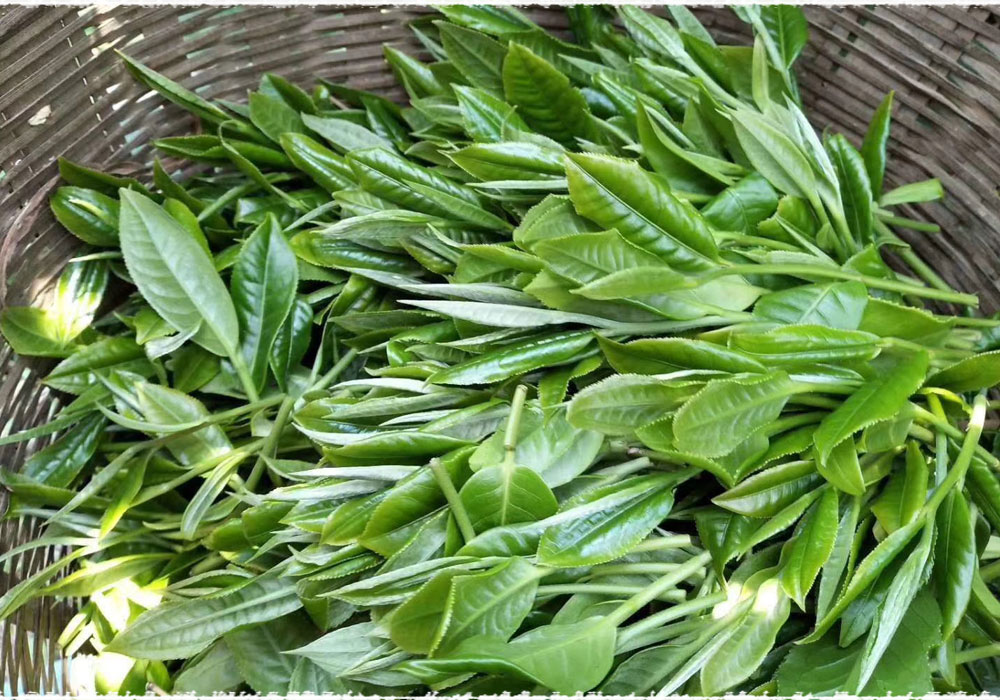 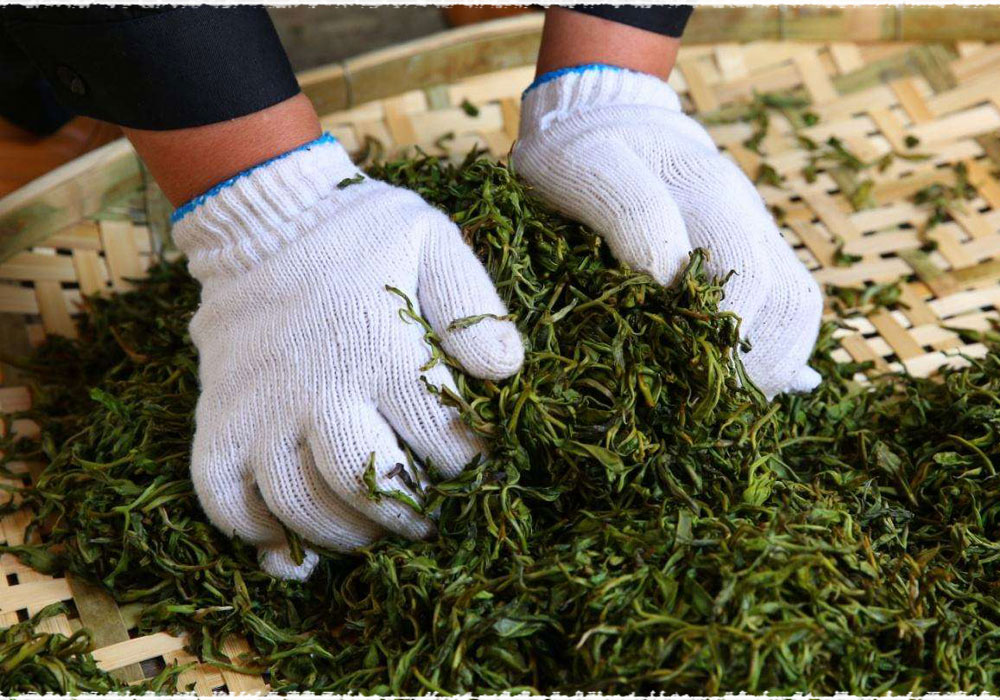 Storage is an important step in the formation of the excellent quality of pu’erh tea. The prerequisite that pu’erh tea can be stored for a long time is the correct storage method and environment. A cool, dry and ventilated environment can prevent the deterioration of tea. (For more details, please check the article The Ideal Storage Places and Methods for Storing Pu-erh and Other Teas) 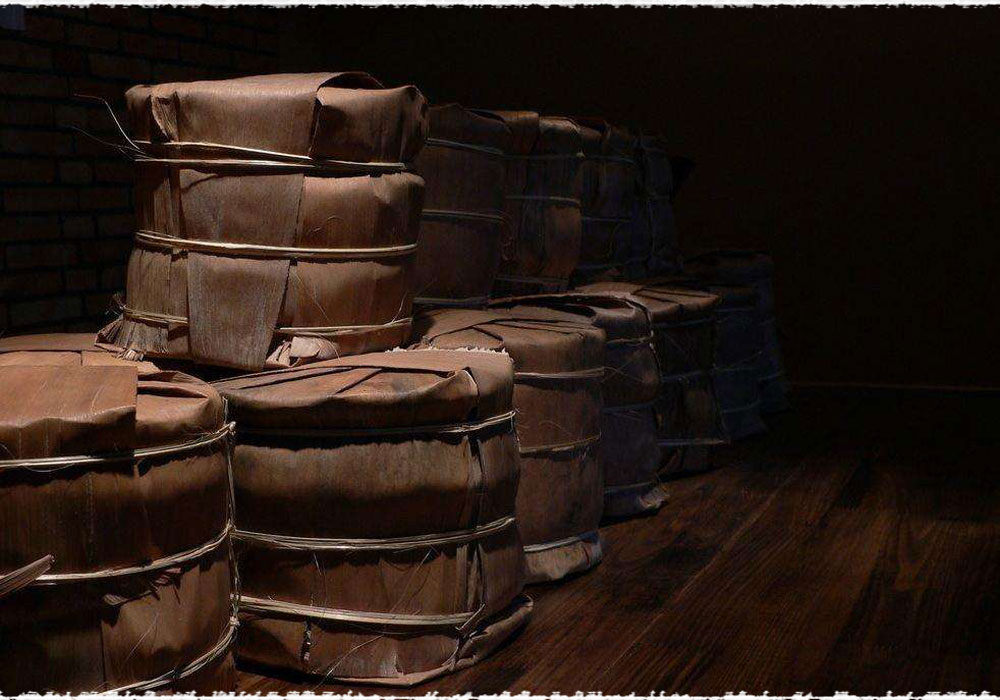 Of course, each tea has its own quality and taste peak, which is the “best drinking period”. So actually, we don’t need to blindly believe in and pursue the aged tea. Taste them once in a while during the storing is also a good choice, so that we can taste different flavor in different years and feel the transformation of tea. This is probably the most magical and interesting thing and also the true meaning of tea drinking and tea loving.

Temperature – the most mysterious things for Pu-erh

The Four Sub-categories of Green Tea
What is the connection between Anji White Tea and White Tea?
What Factors Cause an Infusion-enduring Tea?