After a period of storage, you may see a layer of white frost forming on the surface of the orange peel? Does it mean the dried orange peel begin to grow mold?

Ganpu tea, particularly the Green Mandarin Orange Ripened Pu-erh Tea, has been gained lots of attention and highly sought-after by tea connoisseurs in recent years. It combines mandarin’s mellow and smooth taste with citrus’ fruit fragrance, forming a unique flavor with high nutritional values and efficacy. I wonder if you’ve met the same phenomenon before, there is an obvious layer of white frost forms on the outside surface of the dried orange peel after a period of storage. So, what is the white frost and will it put you at the risk of getting sick?

The “white frost” on the surface of dried fruits is a sugary substance that is often referred as “fruit cream”. Fresh fruit contains so much water, glucose and fructose, so the moisture would be gradually evaporated when it was dried by the sun. The sugar contents in the pulp followed by the substances that oozed out the fruit skin and condensed into a white powder. 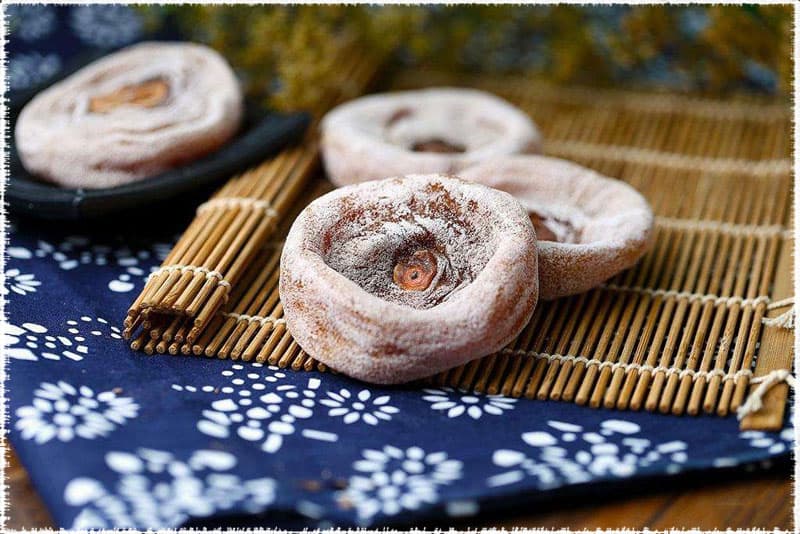 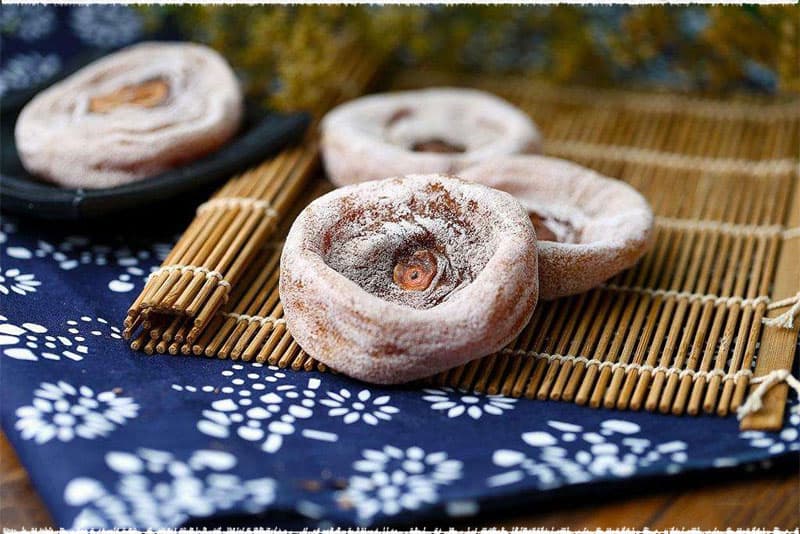 That crystalline, white powder is the fruit cream.

What is the White Frost on the Outer Surface of Green Mandarin Orange Tea?

The white frost on the surface is actually similar to the formation mechanism of fruit cream. Xinhui, the hometown of Chenpi, is also called the white frost as “brain Crystal (Nao Jing)” or “Citrus oil crystal (Gan You Jing)”. This white substance is not caused by moldy, but is a white powdery substance formed by the citrus oil of the peel produced in the core area after being dried or baked at a low temperature for a long time. However, not all the types of Mandarin orange Pu-erh teas will have a layer of white frost, and the white frost on the peel depends on the following two factors: 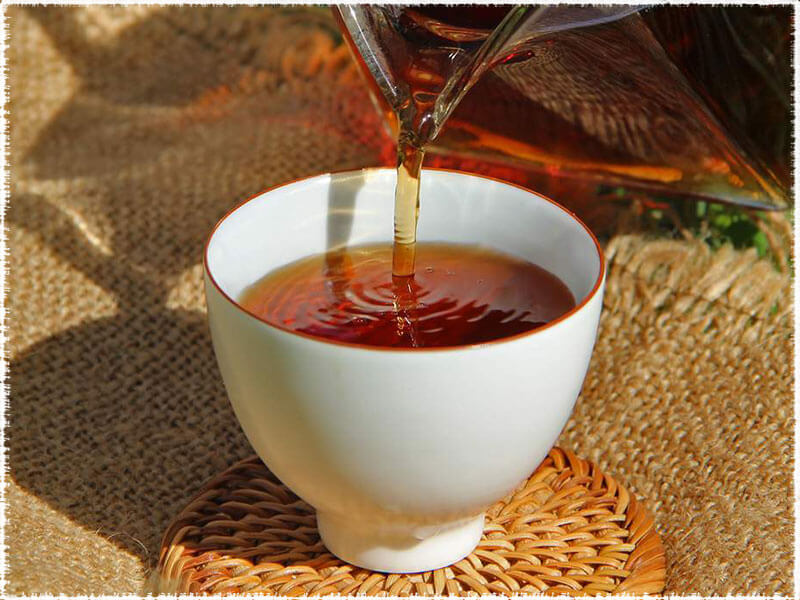 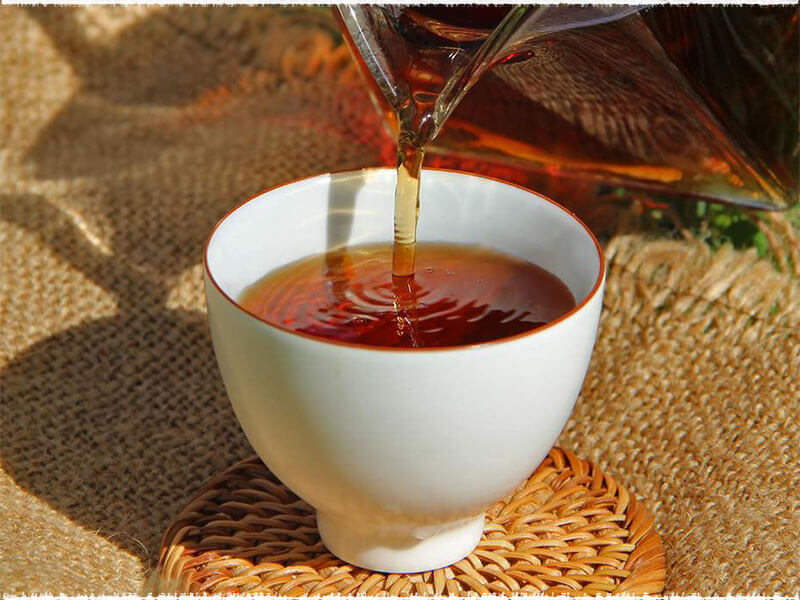 Mold, generally refers to the dampness of tea leaves resulting in continuous growth of microbial strains, which usually presents in brownish or green color. Actively-growing mold damages the material it lives on, thereby impairing structural integrity. If your Green Mandarin Orange Pu-erh teas are moldy, they will become softer at first, and then affect the quality of Pu-erh tea inside the citrus peel.

The Difference between White Frost and Mold

The white frost of mandarin orange Pu-erh is in white powder form. If you take a little bit and rub it gently with fingers, you can easily identify its characteristics since you can feel its dry and textured features. When tasting, it’ll offer a hint of sweetness as well as spicy fragrance. When a lot of mold is growing on the surface, it will have a strange odor, and even makes you feel sticky to the touch. 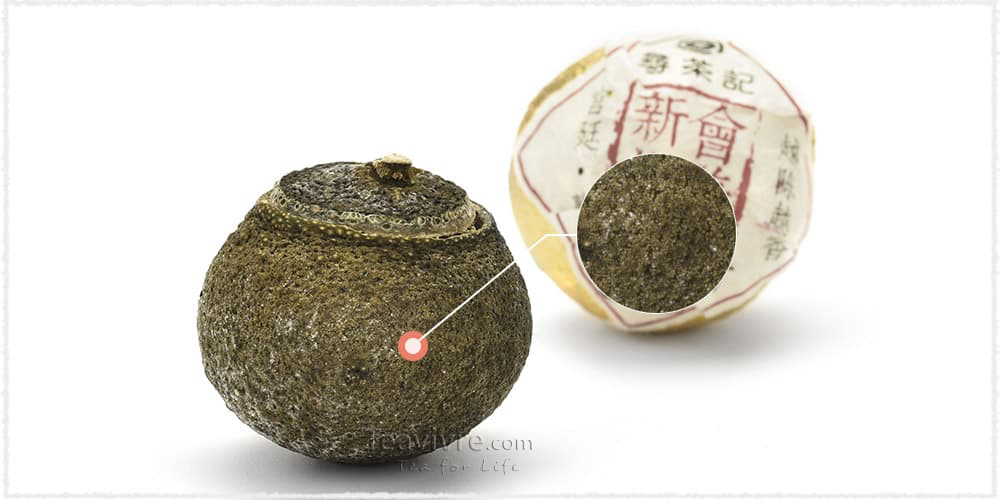 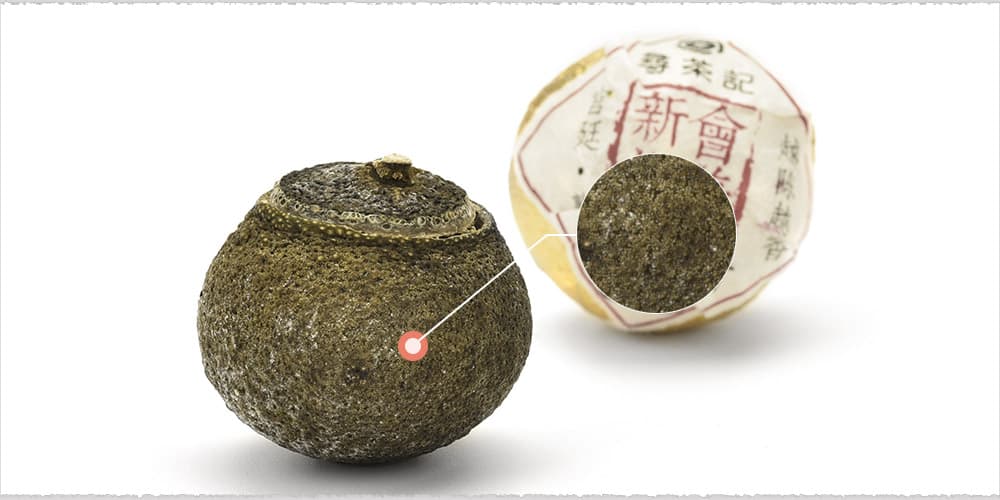 The Benefits and Advantages of the White Frost

According to the studies, the main substance of white frost is d-limonene, is a natural compound in citrus peel oil. Its benefits include helping support the body’s ability to manage cholesterol levels. If you drink it on a daily basis, it will also have good effect on chronic pharyngitis and cough.

In addition to avoid moisture, tea insects, odor and direct sunlight, it is critically important to keep the Mandarin Orange Pu-erh in a tightly sealed container. Due to the orange peel of citrus is rich in oily substances, so sealed storage can not only make the internal substances of citrus peel and Pu-erh tea get more fused, but also a better way to retain the flavor of mandarin orange. For more details, please refer to: Storage Tips on Xinhui Mandarin Pu-erh Tea. 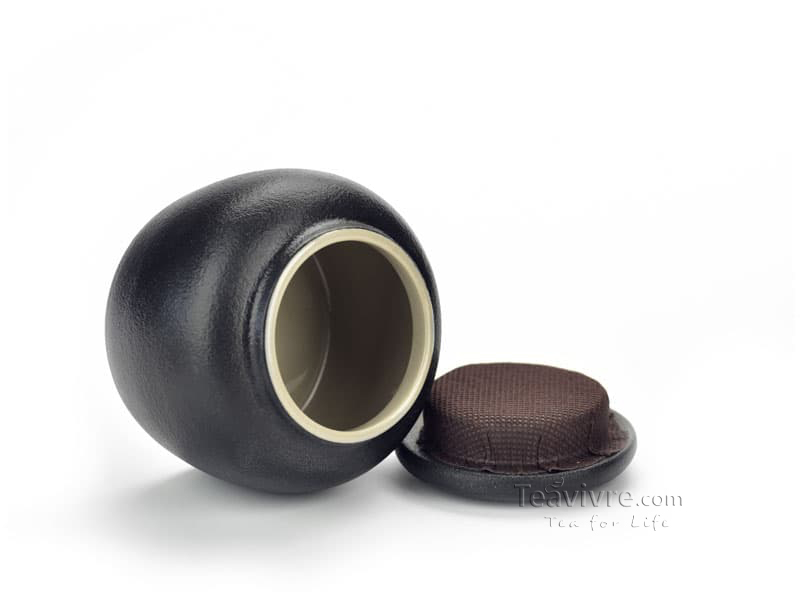 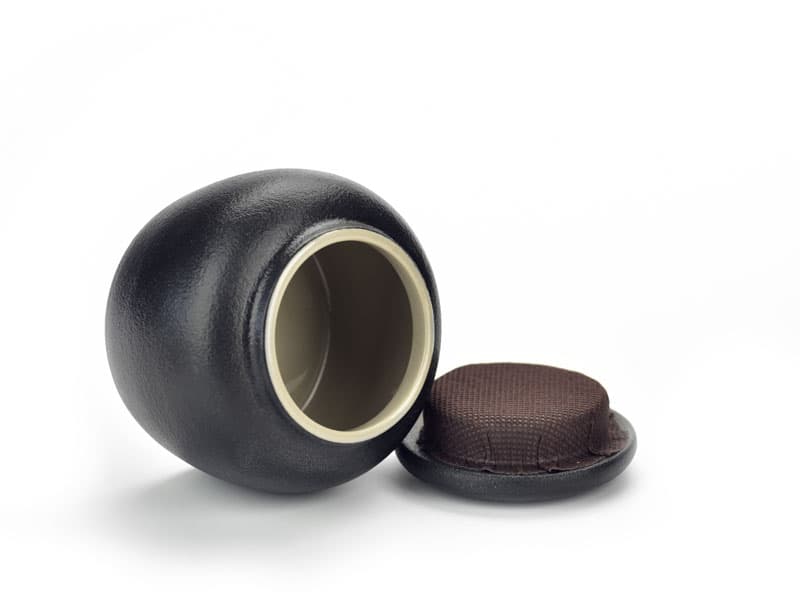 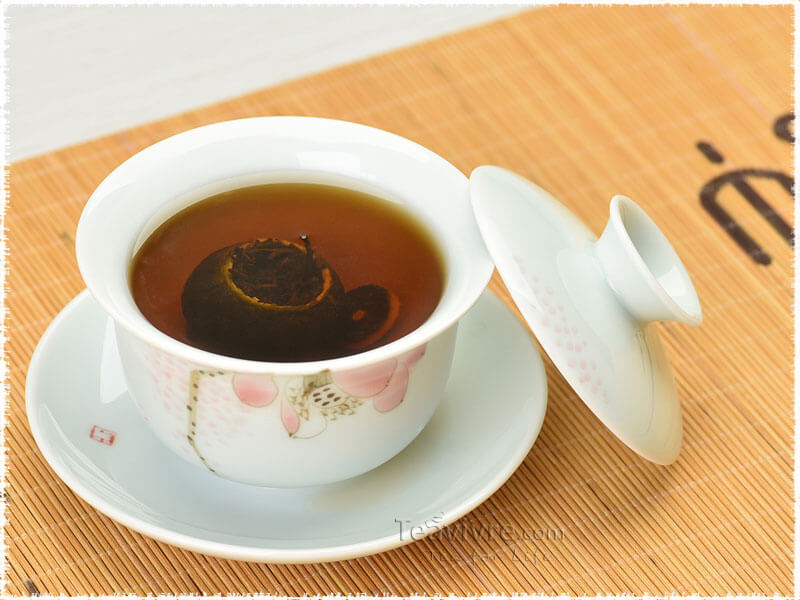 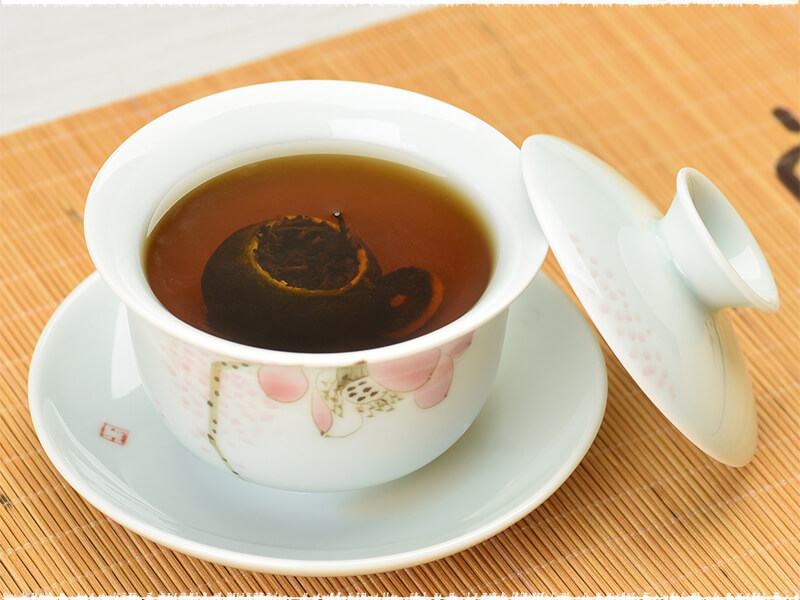 Because the Pu-erh loose leaf is packed inside a dried mandarin orange peel, so it will take a relatively longer time to brew out the flavor of tea.
Advantages: it is a well-balanced combination of the Pu-erh tea flavor and the citrus aroma of green orange, which is great for multiple infusions. 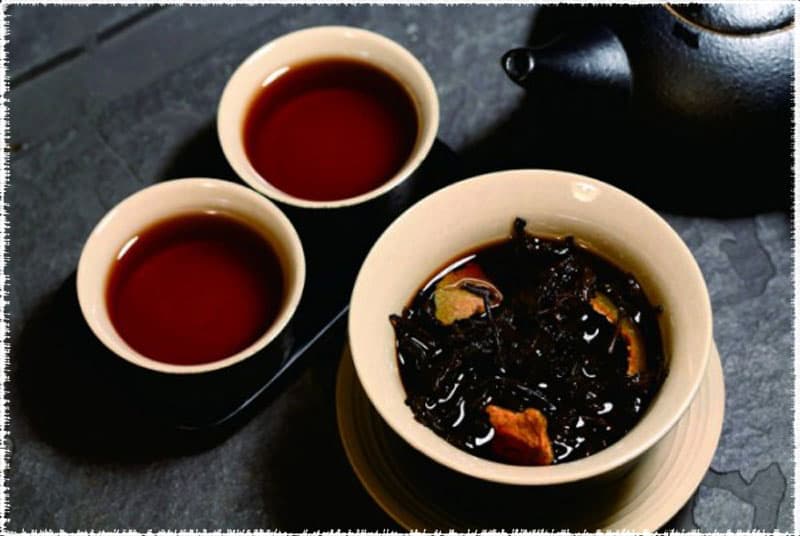 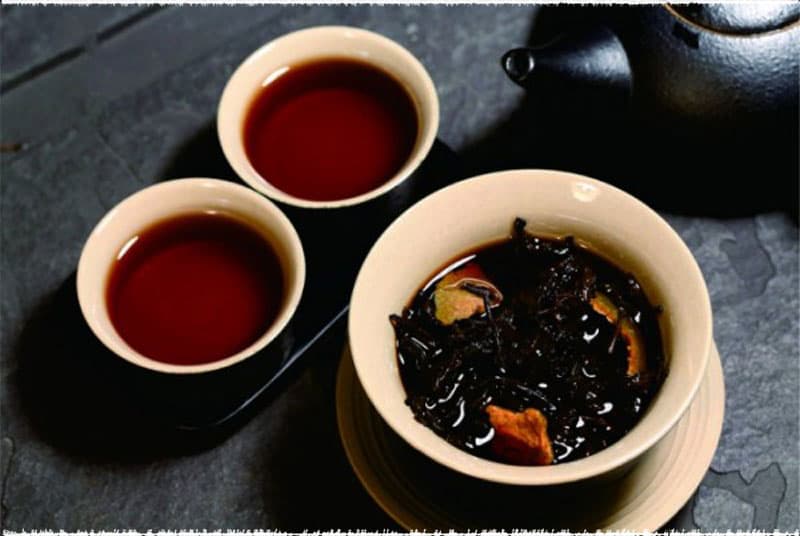 Break off the mandarin peel into small pieces and brew it along with the leaves, and then pour boiling water to infuse it.
Advantages: It can completely release the flavor of tea in a short time.

3. Poke a few holes around: 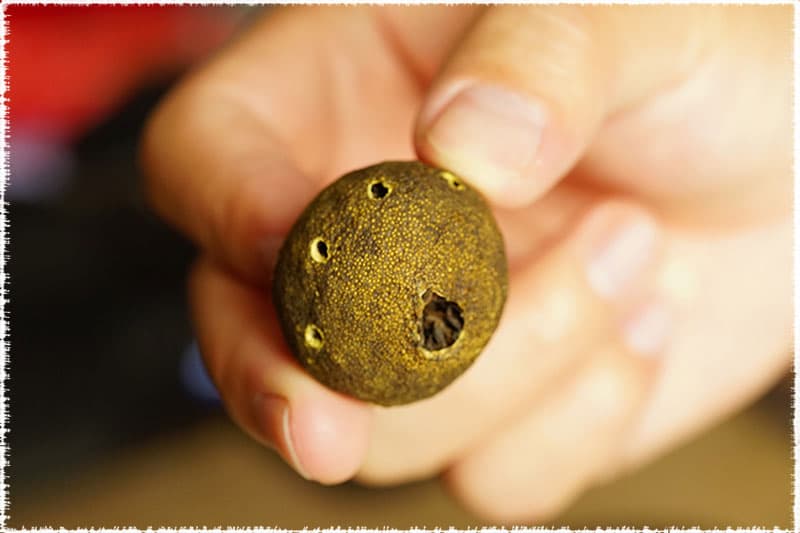 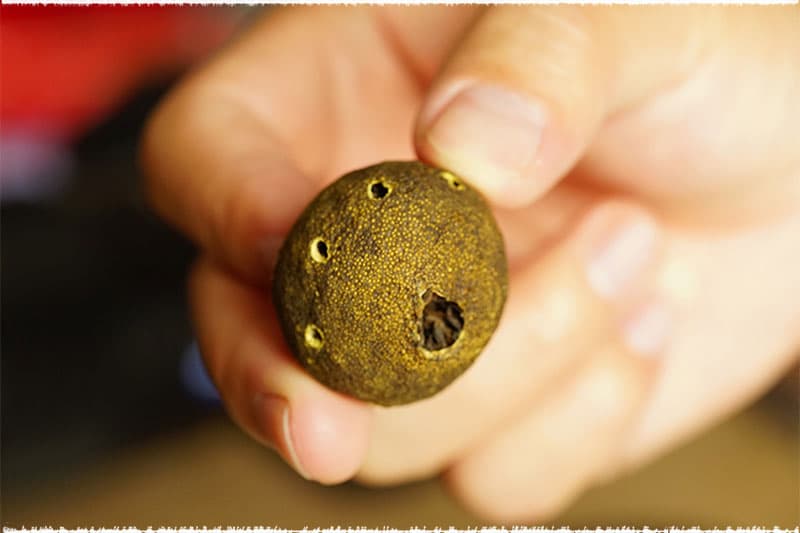 It needs to pay attention to the strength in poking holes, so as not to hurt your hand.
Advantages: this brewing method is highly recommended by tea connoisseurs, it will develop a wonderful taste and well-balanced fragrance through many infusions.