The processes of producing smoked and non-smoky Lapsang Souchong are quite similar. However, the smoked Lapsang Souchong is unique in that leaves are dried by smoking, that’s the reason cause them to different from each other.

Lapsang Souchong, a small-leaf variety black tea produced in Tongmuguan area of mountain Wuyi, is the earliest black tea in the world and has a history of more than 400 years so far. It is originated in mountain Wuyi, which is both a world natural heritage site and forest ecosystem nature reserve. 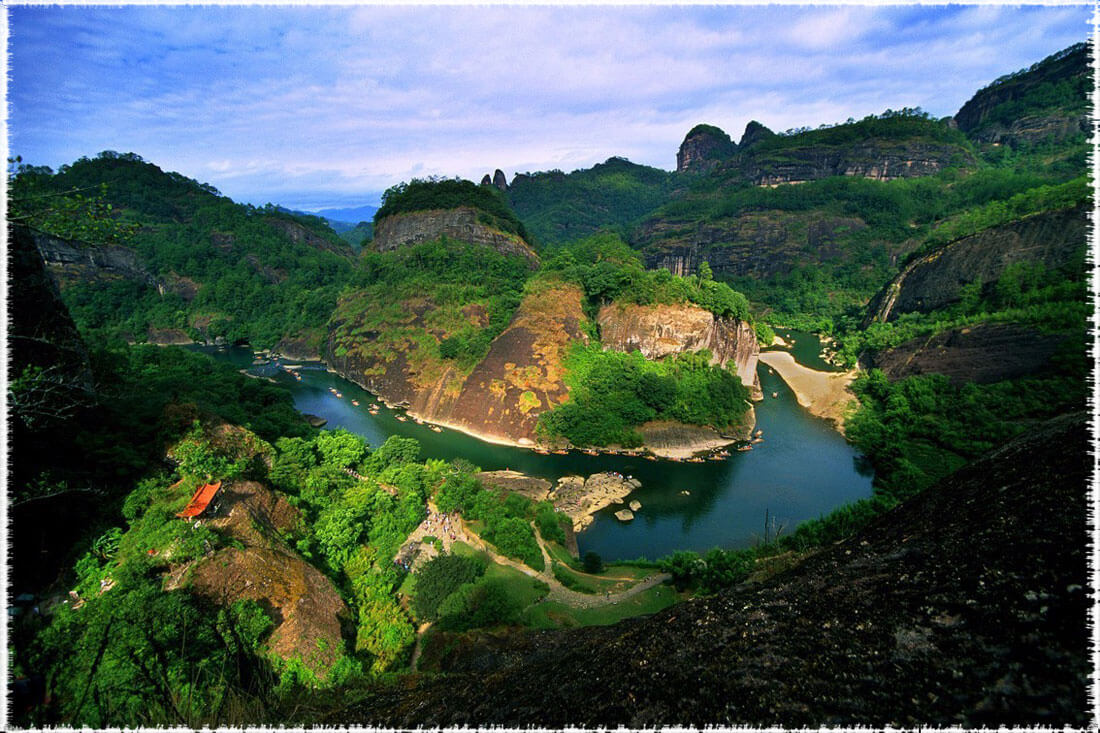 The tea gardens in Tongmuguan are basically scattered between the ravines and valleys, making it’s difficult to find large tea plantations. The tea trees here are naturally grown on the slopes of the mountain accompanied by weeds and rocks. In this condition, tea plants are difficult to grow tall and big, resulting in a small leaf in size. These leaves are just like the “farm vegetables” that are scattered in front of the house, so it is also named as “Small-leaf Tea Tree Species” or “Cai Cha”.

Zhengshan, refers the black tea was produced at Tongmu village, and Xiaozhong means its small-leaf tea species, hence it’s got the name. 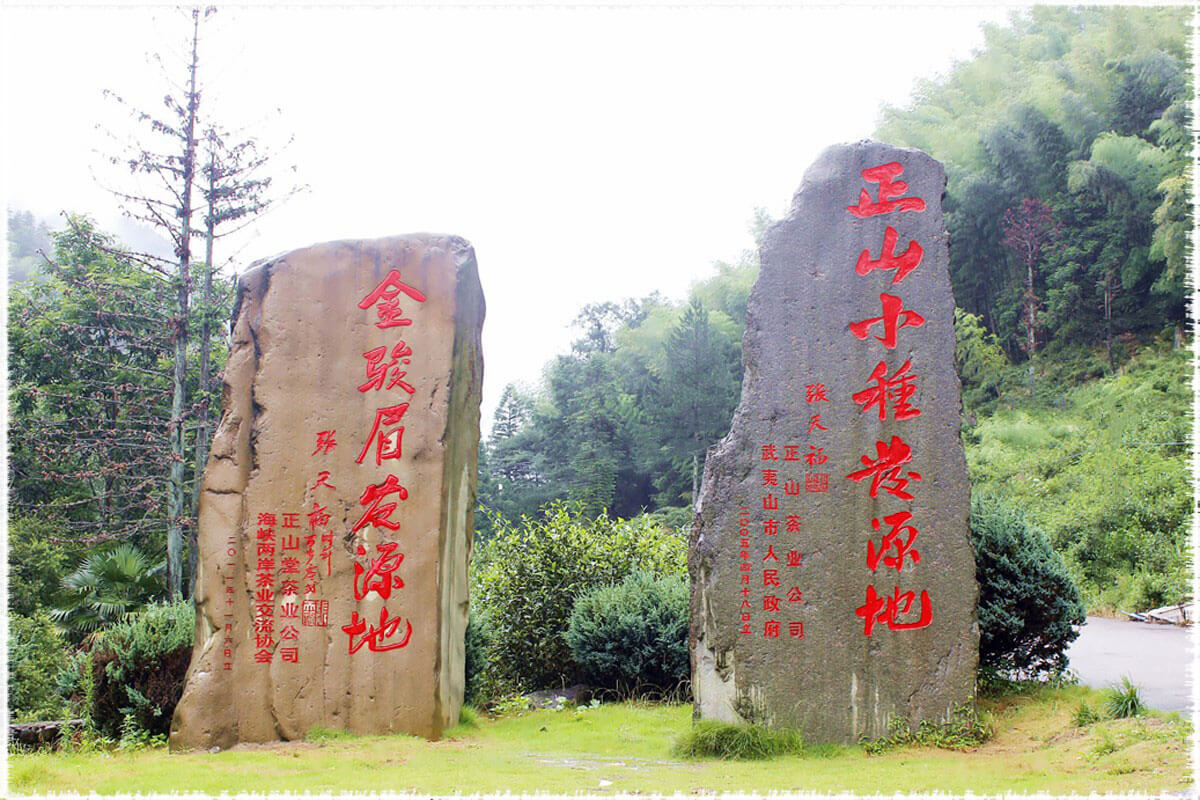 The processes of producing smoked and non-smoky Lapsang Souchong are quite similar. However, the smoked Lapsang Souchong is unique in that leaves are dried by smoking, that’s the reason cause them to different from each other. 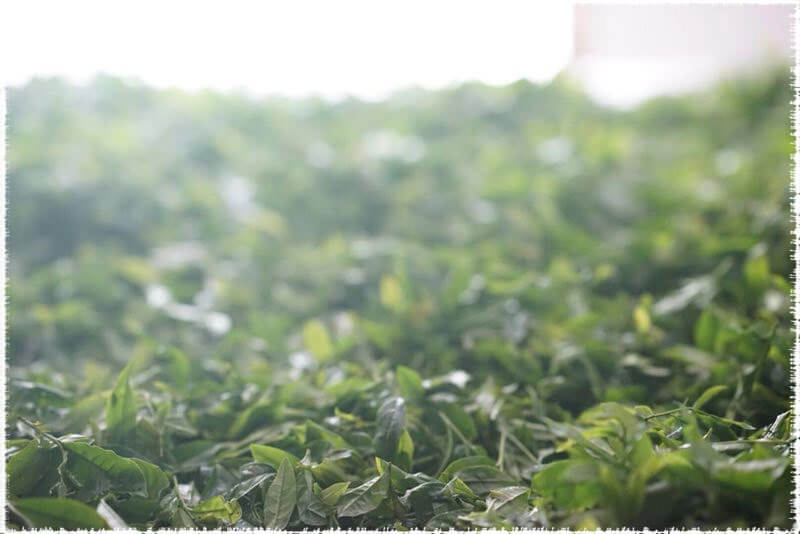 The most distinctive features of Smoked Lapsang Souchong is its smoky aroma baked over pine wood, and this special aroma needs to be made in a very interesting place called “Qing Lou”, a traditional three or four floors building, which allows tea leaves to absorb the smoky flavor from the burning pine. 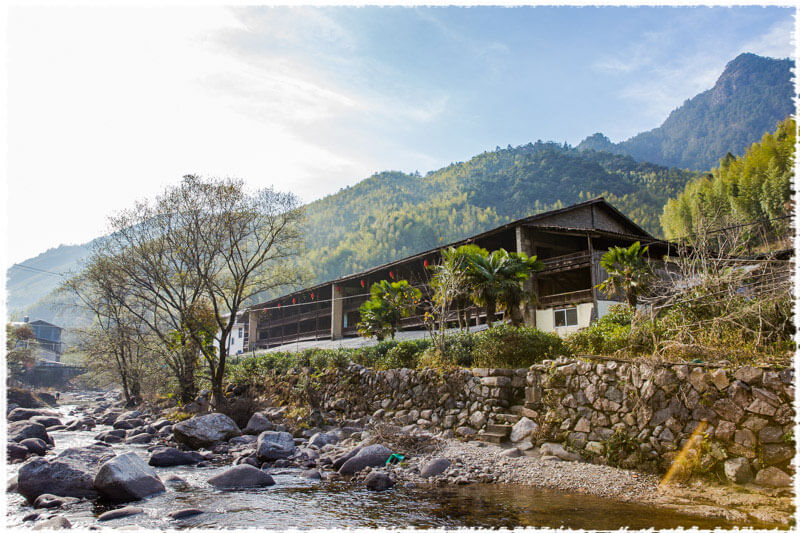 This special process contributes to its dried longan aroma and smoky flavor. Made in this way, the Lapsang Souchong black tea takes on a distinctive smoky scent both on its dry tea and tea liquid. However, its smoky flavor will never be disappeared completely, even after ten infusions.

How to distinguish smoked and non-smoky Lapsang Souchong?

Tea Liquid
When brewed, the non-smoky version will offer a bright reddish orange color, while the smoked one produces a deeper color.

Taste
Both of the two versions of Lapsang Souchong will have sweetness, but the taste of smoked version will be mellower and sweeter than the non-smoky one, and we can also smell the unique smoky flavor absorbed from pine wood.

If you enjoy this article on Lapsang Souchong , you might also like to read the following articles:

◆How to make Lapsang souchong