A cup of green tea contains anywhere up to 200mg of catechins, that are known to give it’s anti oxidant benefits.

Green tea is not oxidized (fermented) during its processing, and so its buds and leaves retain much of the naturally occurring chemicals present in the leaves when they grow, which gives green Tea its famed health benefits.

Many of the affects of aging, particularly on the skin, are caused by a build up of free radicals in the body, which can damage and aging of your body's cells.  Free radicals do occur naturally, but their concentrations are increased due to exposure to pollution, too much sunlight and some types of chemicals.  SOD (superoxide Dismutase) is one of the bodies chemicals that mops up free radicals to help prevent them damaging the bodies cells.  Chemicals called catechins that are present in green tea significantly improve the activity of SOD, and so provide a large boost to the bodies ability to fight the affect of free radicals. 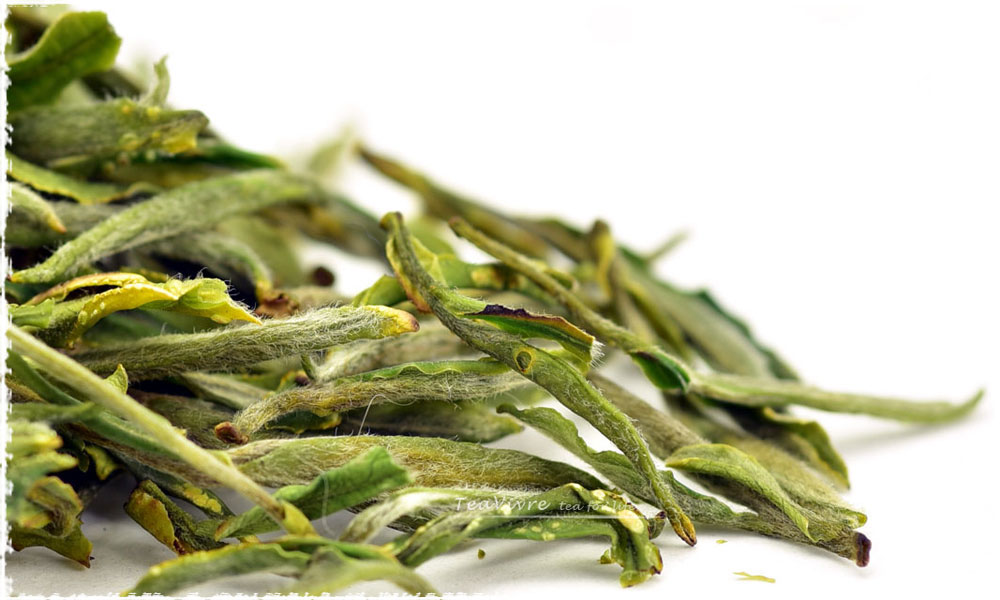 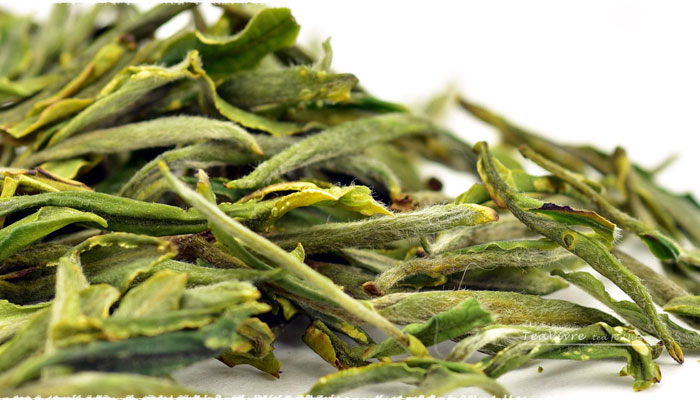 A cup of green tea contains anywhere up to 200mg of catechins, that are known to give it's anti oxidant benefits.
However other scientific studies from Brigham and Womens Hospital in Boston, Okayama University in Japan and the National Institute of Chemistry in Slovenia, have backed up what was known in traditional Chinese medicine – that catechins, and so green tea, have a big benefit in helping fend off attacks on the body from bacteria.
It was found that the catechins in green tea inhibit the production of a key enzyme needed by bacteria, called gyrase, which interestingly is also the target of many clinically developed antibiotics.  This therefore inhibits the growth of the bacteria, and so reduces the change of getting an infection, and also helps alleviate existing bacterial infections.
The study done in Japan was particularly telling.  They found that patients who had been infected with drug resistant Staphlylococcus (staph) responded positively when treated with the catechins extracted from green tea. 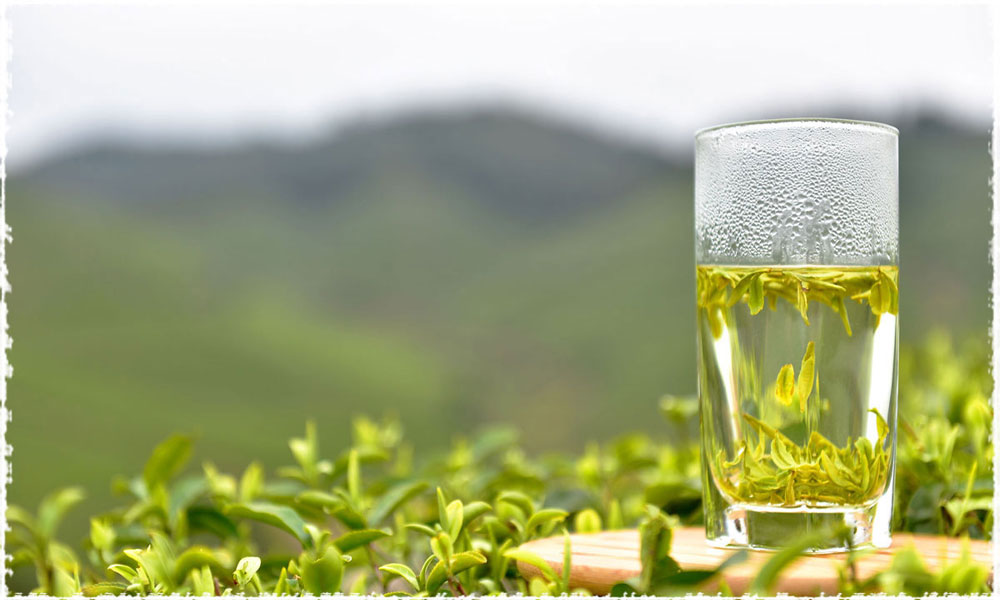 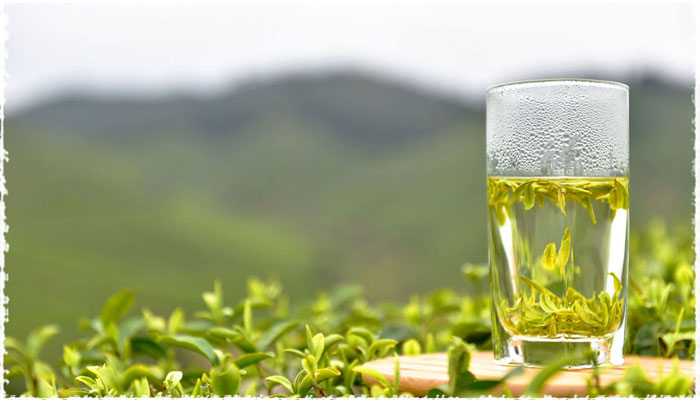 Several studies have shown that the catechins in teas can act as so-called “hypolipidemics” – that is they lower the amount of “bad” cholesterol in the body (called LDL), while increasing the amount of “good” cholesterol (called HDL).  Additionally other studies have suggested that other chemicals in green tea, called flavonols, help reduce hardening of the arteries, by naturally helping to keep the blood thin.
The upshot of this suggests that it helps reduce the chance of cardiovascular diseases, in particular heart attacks and strokes. 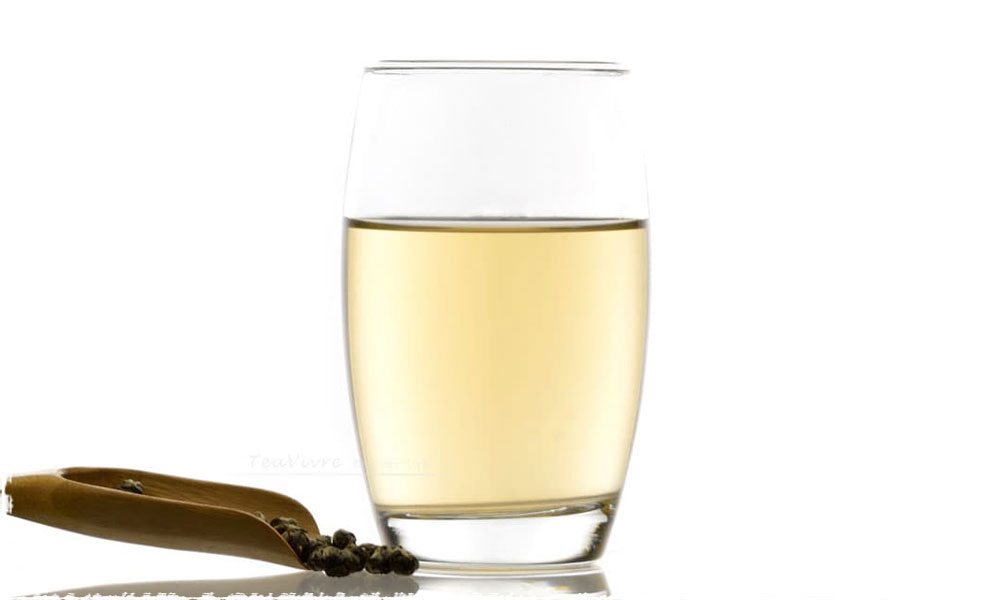 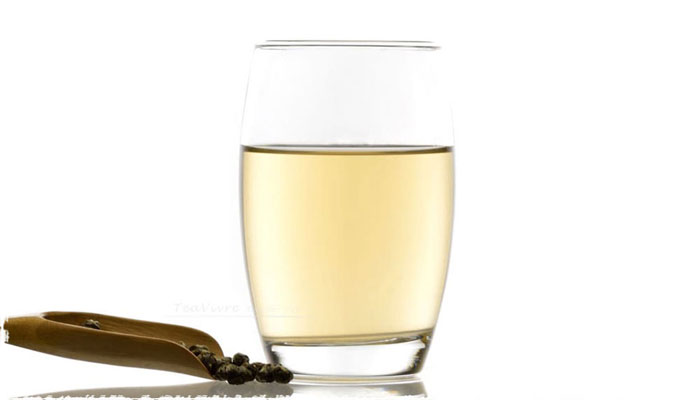 “Drinking green tea everyday makes you thin” is a quote from an ancient Chinese medical text called Bencao Shiyi.  1,300 years and modern science is beginning to understand why.

For a detailed look into the weight loss benefits of green tea, we'd recommend you read Swen Wolfram's review called “Anti-obesity effects of green tea”.  We'll just give you a quick rundown  of the latest scientific thoughts on how this occurs below.

It appears that there are three compounds in green tea that collectively act together to help reduce weight – the catechins, caffeine and an amino acid called theanine. Researchers did a study with animals, monitoring weight, food intake, fat levels and other health indicators and concluded that these compounds appears to act synergistically to reduce weight gain. You can read there study here for more info.

Another study by Lin and Lin-Shaiu suggested that this action partly occurs because the chemicals help suppress the bodies production of fatty acids, by regulating the bodies gene that is responsible for their production. 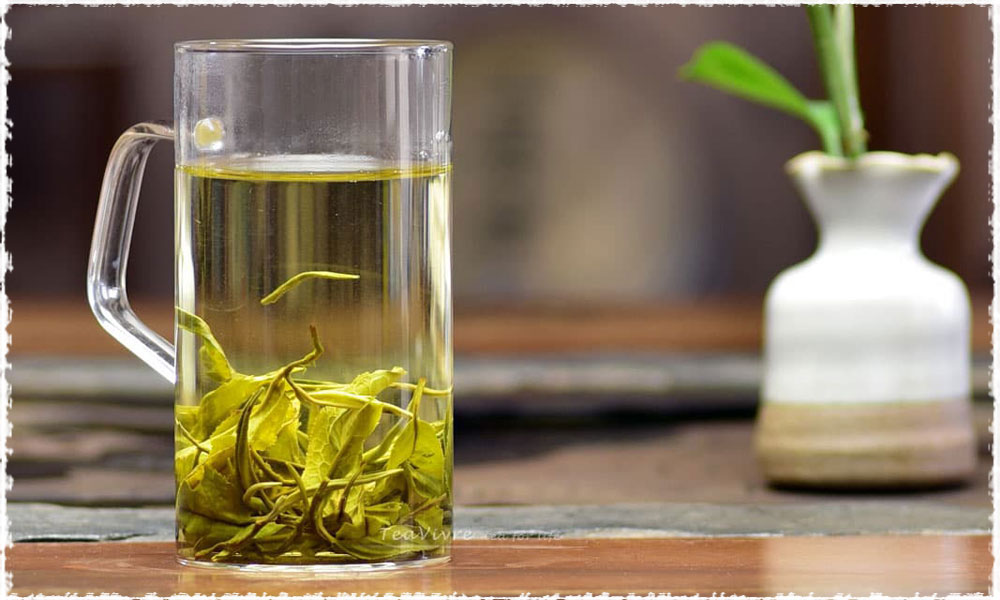 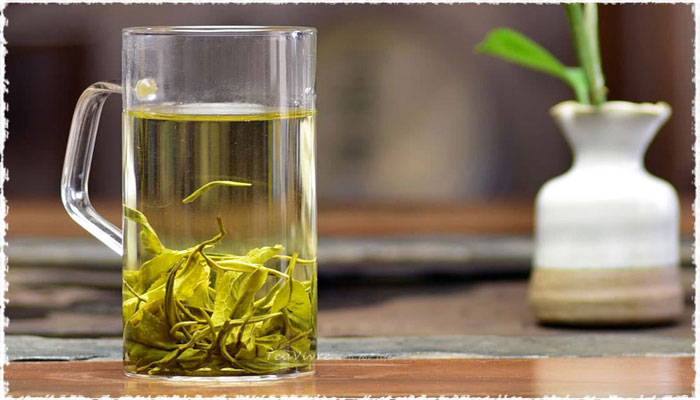 Fluoride is frequently added world-wide to drinking water and tooth paste as the number one way to help prevent tooth decay.  Green tea is a big natural source of fluoride, so this in combination with its anti-bacterial effects provides a great natural way to help strengthen your teeth, prevent cavities and help reduce bad breath.

Studies have also suggested that green tea possibly helps prevent the onset of several types of cancers, including lung, prostrate and breast cancers.  The possible reason, according to a study at Kyushu University in Japan, is an anti-oxidant in the tea called epigallocatechin gallate (the short form – EGCG – is of course a lot easier to say!).
Another study on bladder cancer suggested that it has potential as a cancer fighting agent, while is proving that the chemicals in the tea are able to target the cancer cells while leaving the healthy cells untouched and alone. 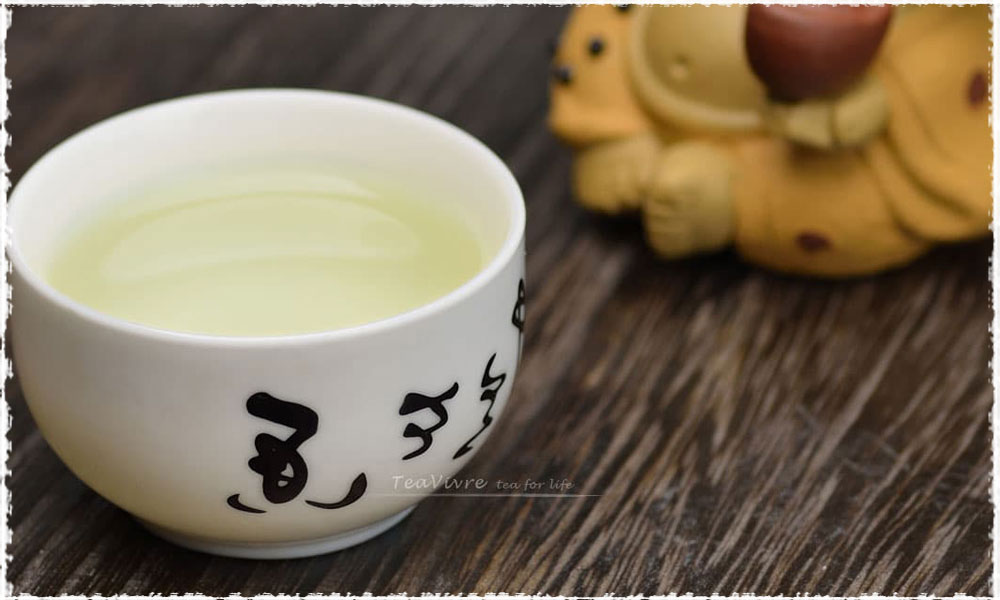 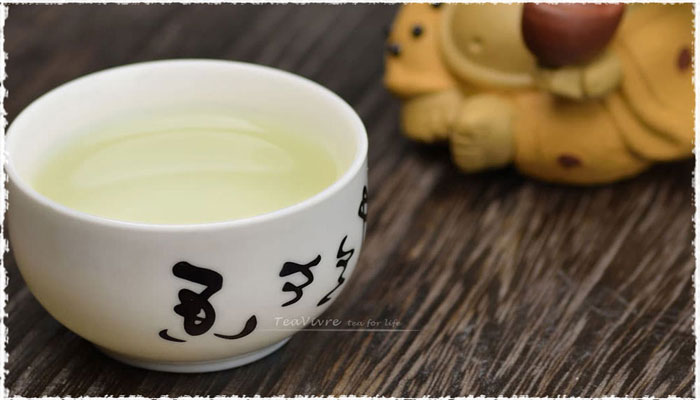 In traditional Chinese medicine green tea and its extracts are commonly used to prevent and treat a number of skin diseases, including skin cancer.  The high content of a different anti-oxidants, called polyphenols, seems to be responsible for this by removing free radicals from the skin before they have a chance to attack the DNA in you skins cells, which otherwise can lead to cancer.
Topical applications of green tea extracts also help protect against UV exposure from the sun, and are used to reduce the impact the sun has on the health of your skin.

It contains a high concentration of polyphenols, chemicals with potent antioxidant properties. In modern Chinese medicine and culture, green tea and its extracts are extensively used in the prevention and treatment of various skin diseases, including skin cancer. The rich polyphenol content in it scavenges free radicals, cell damaging compounds in the body that alter DNA molecules in the chromosomes, inducing harmful mutations that lead to the initiation of skin cancer.

A study done in 2003 at the Georgia Medical College seemed to back this up, by concluding that green tea helps rejuvenate skin cells and protect against ultraviolet damage to the cells.

These results and beliefs all suggest that it might have several significant benefits to your health.  But, like all things, it is not any sort of magic bullet that will by itself provide you with benefits, nor do these benefits appear immediately.  Many of the benefits found for green tea, only occur after drinking it for an extended time, months or years.  This is also backed up by Chinese traditional medicine, where it is recommended as an integral long term part of a healthy diet, not as some immediate fix that will instantly cure diseases. 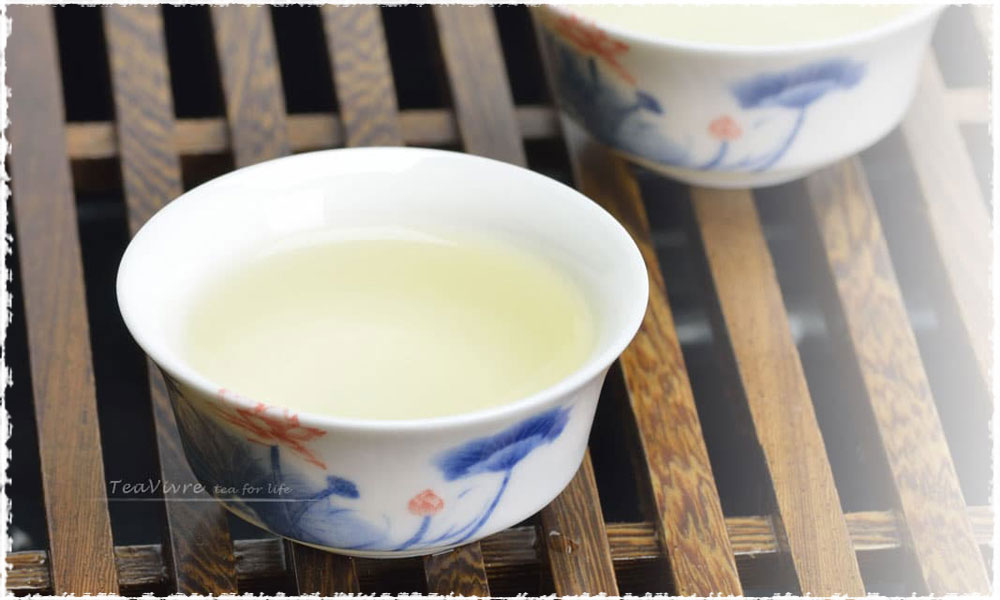 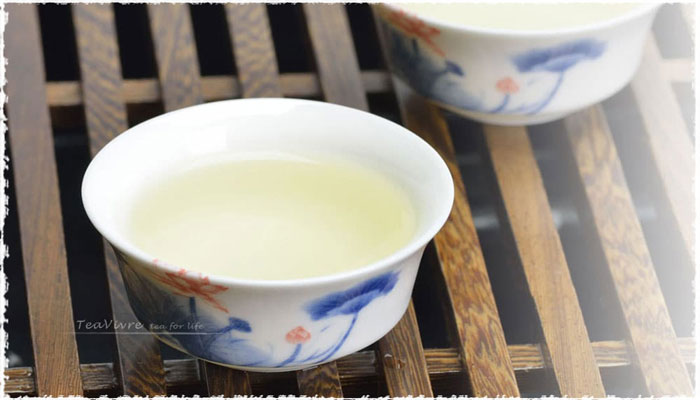