Everyone has heard of Bi Luo Chun and Meng Ding Gan Lu when it comes to green tea. They all have a curly, hairy look and have been named one of China’s top ten famous teas. So how do we distinguish between them? 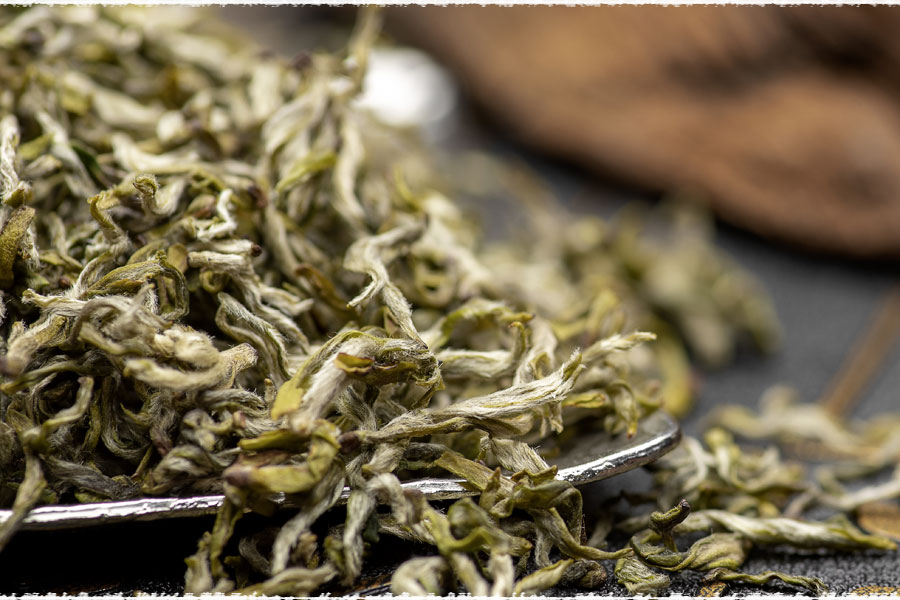 While Bi Luo Chun was also rated as one of China’s top ten famous teas in the 1915 Panama International Exposition, the 1959 China “Top Ten Famous Teas” appraisal meeting, and the 2001 Associated Press and the New York Daily. It can be observed that both of them are in the top ten most famous teas in China and are adored by tea enthusiasts both at home and abroad. 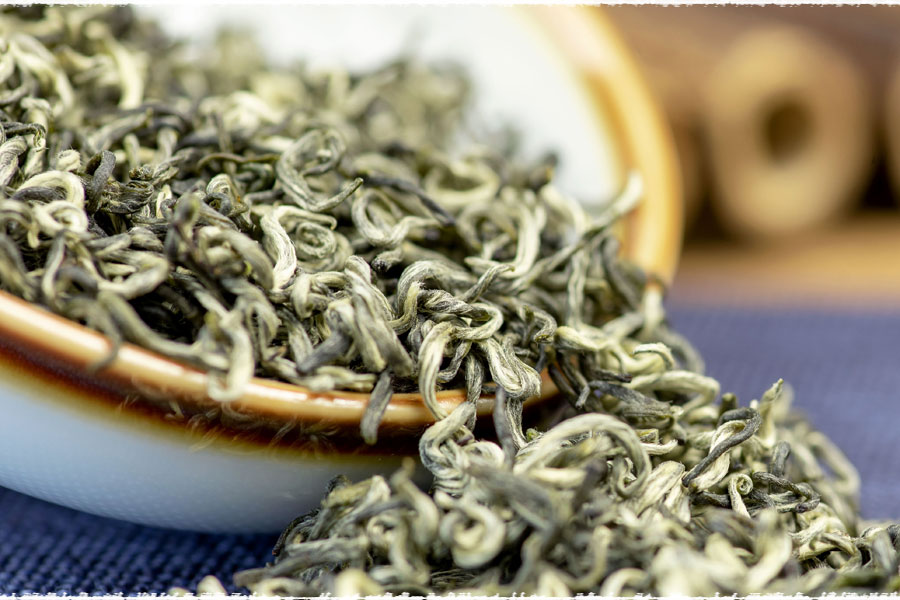 Meng Ding Gan Lu is originated in Mt. Mengding, Ya’an Province, Sichuan. There is an old saying in China: “like the water in Yangtze River, the tea from Mt. Mengding is of the high quality.” According to legend, the cultivation of this tea began in the late Western Han Dynasty. Wu Lizhen personally planted seven tea trees on Shangqing Peak, which is now part of Mt. Mengding. Meng Ding Gan Lu deserves to be the oldest famous tea in China, and is honored as the pioneer of famous tea. 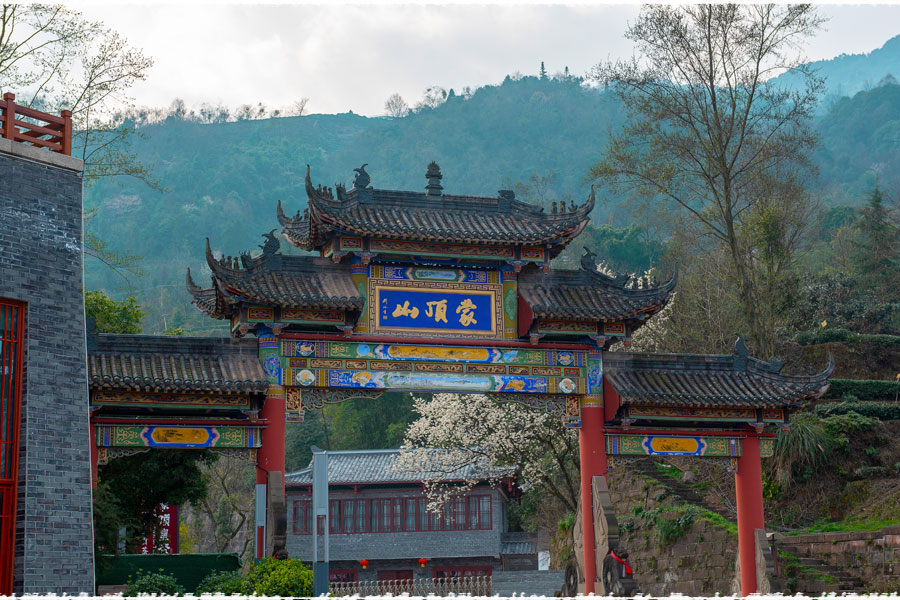 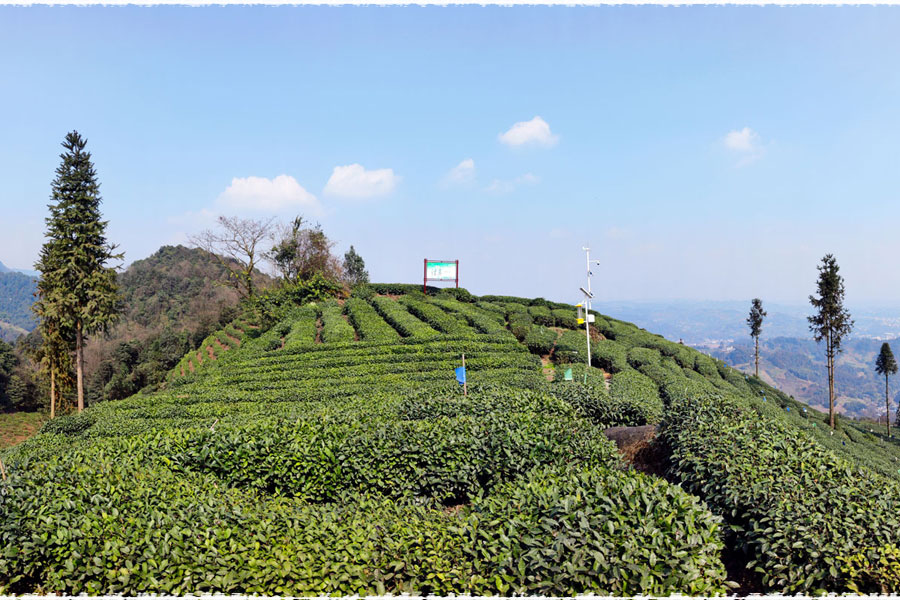 Bi Luo Chun is mainly produced in East Dongting Mountain and West Dongting Mountain of Taihu Lake, so it is also named Dongting Bi Luo Chun. The Dongting Lake producing region is well-known in China for its tea and fruit intercropping. Tea plants are planted alternately with peach, plum, apricot, plum, persimmon, orange, ginkgo, pomegranate, and other fruit trees. The branches and roots of tea trees and fruit trees are intertwined, allowing the tea to absorb the fruity fragrance while the flowers smell the tea aroma, preserving the natural nature of Bi Luo Chun’s floral and fruity flavor. 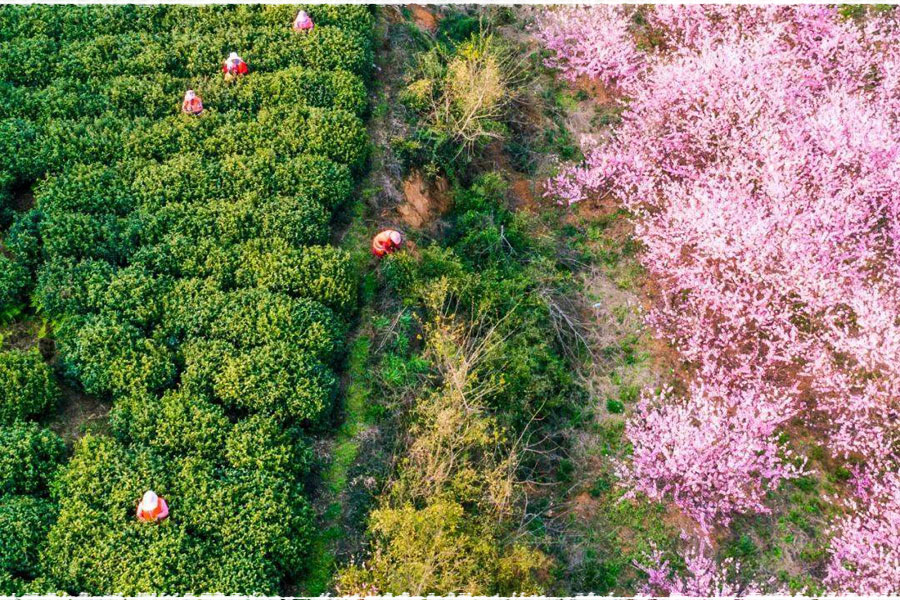 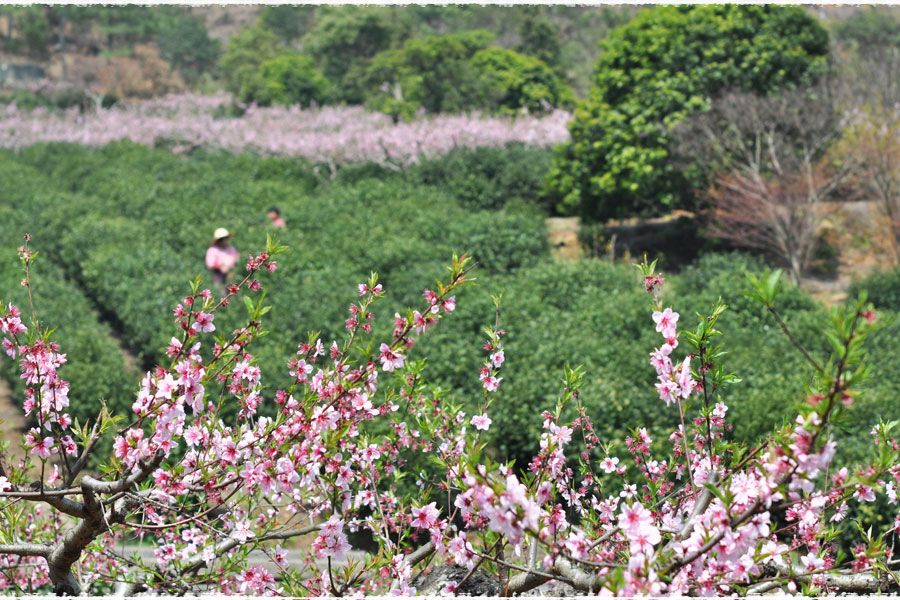 The processing technology of Meng Ding Gan Lu follows the “three-time fried, three-time rolling” method of Ming Dynasty, , which means to pan fried the tea leaves for three time and rolling for three times. Generally, after removing part of the moisture content after the first time Sha Qing, the first time rolling will be carried out to make the leaves have a preliminary curling shape; Then will be the second frying and rolling, the tea leaves will be more curly and some white pekoe will appear during this period; The purpose of the next third time frying and rolling is to continue to reduce the moisture content in the leaves and form the final tightly curled shape, fine and well-proportioned and full of pekoe. During these process, some of the originally plump tea buds will be peeled off due to the external force of rolling and become clusters like flowers. 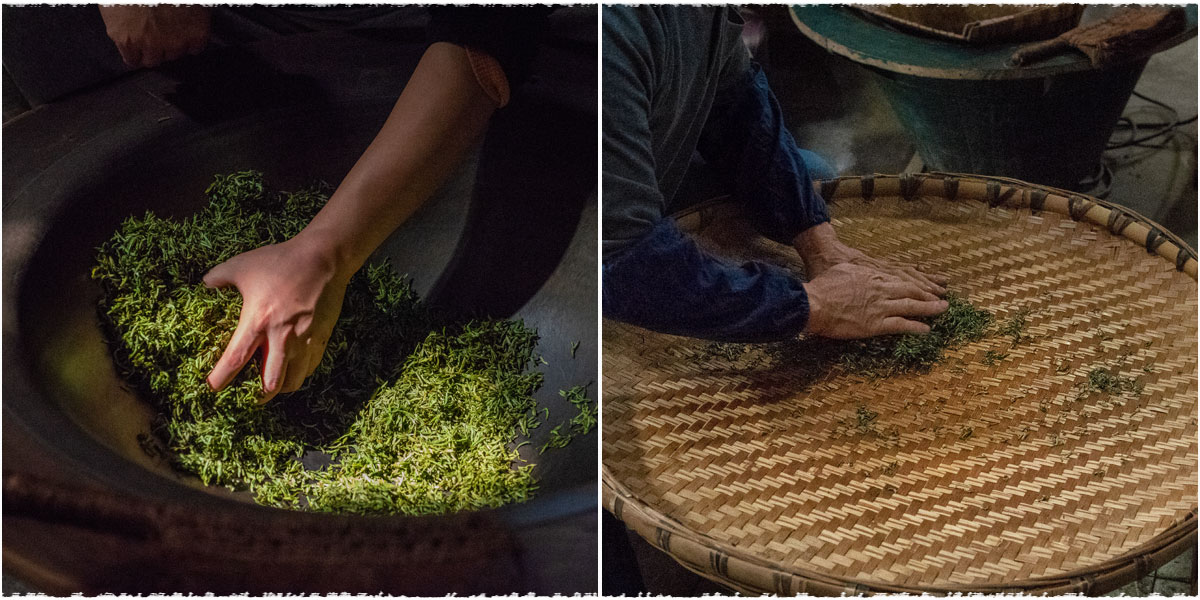 While the primary steps in the production of Bi Luo Chun are Sha Qing, rolling to remove the majority of the moisture from the leaves, kneading the leaves to form a curly spiral shape and exposing the fuzz, and then gently kneading and frying to stabilize the shape of the leaves and maintain the fuzz exposure. In order to make Bi Luo Chun, it is important to continuously touching the tea and not removing it from the pot; the most crucial step is the combination of frying and kneading. 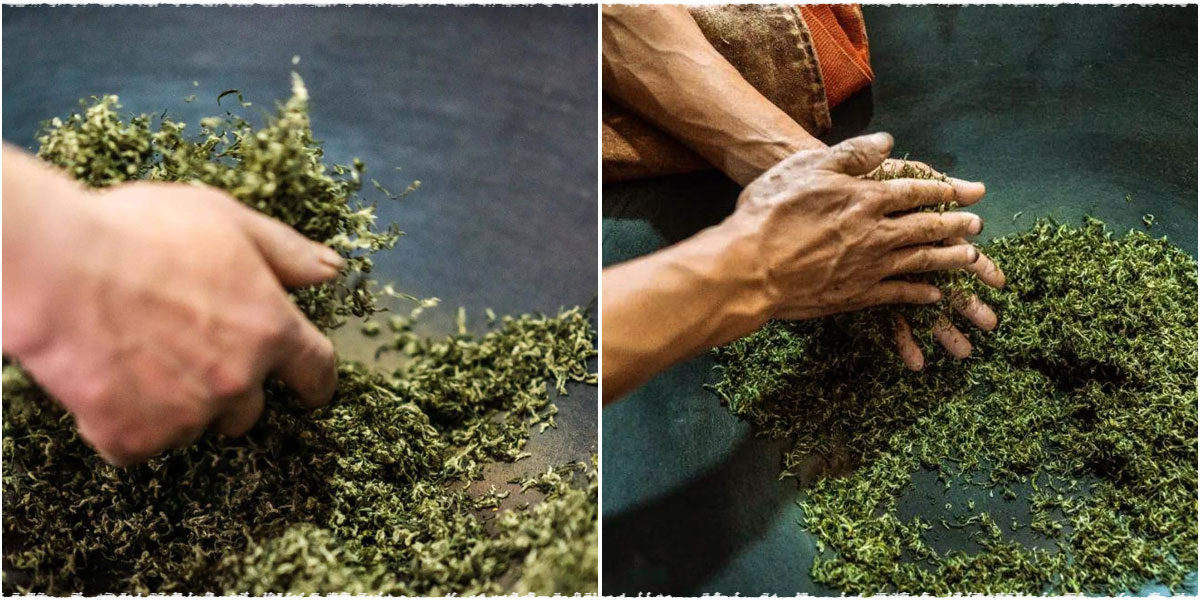 Meng Ding Gan Lu and Bi Luo Chun are all belong to green tea, so the fresh and refreshing tastes are essential. But when compared carefully, there are still many differences. Meng Ding Gan Lu selects fresh and tender tea buds in early spring as raw materials, and with its special “three-time fried, three-time rolling” processing method, the finished tea has a strong aroma. After brewing, the buds and leaves are fresh and tender, and the tea liquid is yellowish-green, with tender chestnut, sweet and bean notes. Compared with ordinary green tea, it tastes richer and mellower. 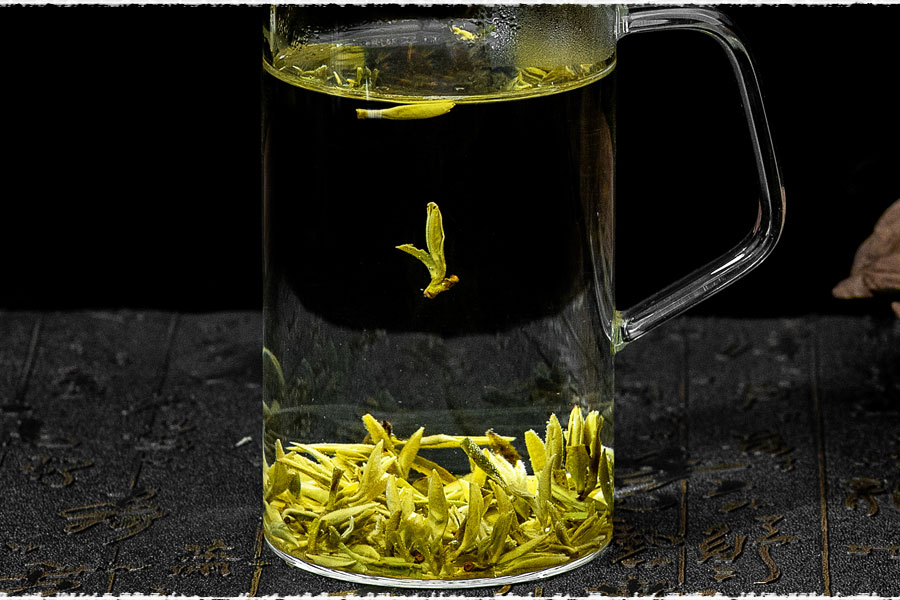 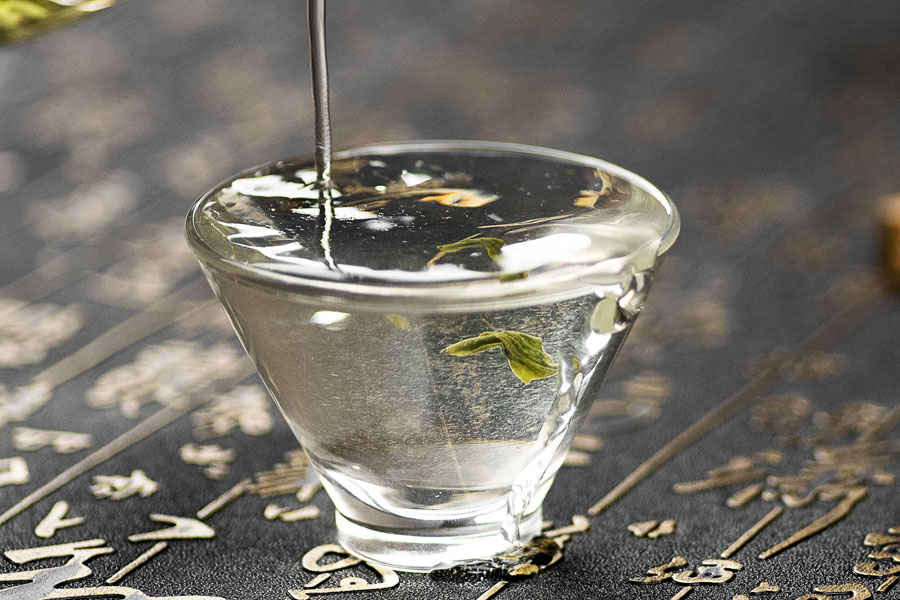 So far, I think everyone has a basic comprehension of these two teas. Meng Ding Gan Lu, in my opinion, is like the morning dew in late winter and early spring, which is delicious, cool, and delicate, whereas Bi Luo Chun is like the mountain spring in the middle of spring, which is brisk, clear, and full of the aroma of flowers and fruits all over the mountains. Which one do you like better?