Oolong tea, named after its creator, is a Chinese tea with unique and distinctive characteristics, produced mainly in Fujian and Guangdong, as well as Taiwan. The most famous Chinese teas include Tieguanyin, Dahongpao, Phoenix Narcissus, White Crest, Phoenix Bush and Iron Lohan, while the most well know of Taiwanese Oolong's include Dongding, Wenshan Pouchong and Oriental Beauty.

Oolong tea, named after its creator, is a Chinese tea with unique and distinctive characteristics, produced mainly in Fujian and Guangdong, as well as Taiwan.  The most famous Chinese teas include Tieguanyin, Dahongpao, Phoenix Narcissus, White Crest, Phoenix Bush and Iron Lohan, while the most well know of Taiwanese Oolong’s include Dongding, Wenshan Pouchong and Oriental Beauty.  Taiwanese Oriental Beauty is also well known as Formosa Tea, or – because of its abundance of white pekoe – White Tipped Oolong Tea.

In the early 19th century, the British ambassador to China dedicated some Oolong tea to the Queen of England.  The queen was very taken with the unique taste and aroma, as well as its distinctive appearance – quite different to any teas seen before in England – and gave it the name “Oriental Beauty”.

Being a slightly oxidized tea, Oolong has a taste and aroma that sits somewhere between green teas andblack teas.  Individual types of Oolong tea can range from almost like a green tea to almost like a black tea, depending on the degree of oxidation during processing. 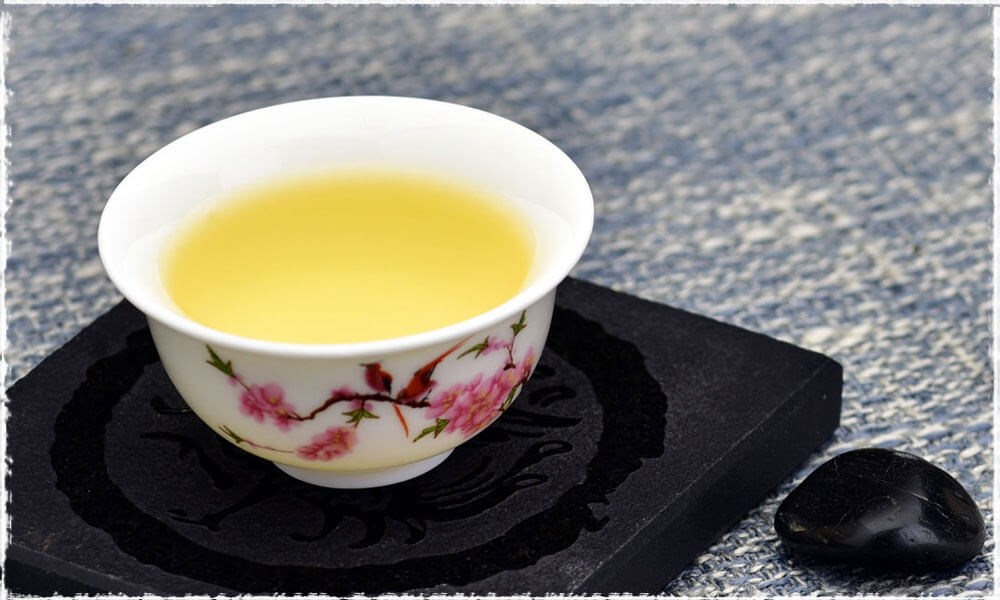 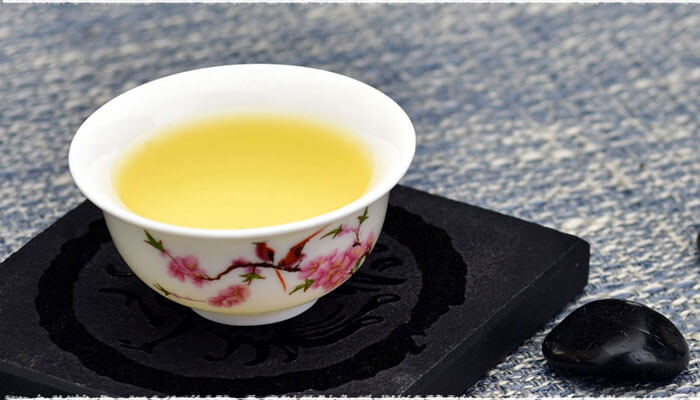 Oolong tea began life in Fujian province, with a history there stretching back more than 1,000 years to an traditional form of tea called Beiyuan tea.  Beiyuan tea was the earliest known tribute tea (a tea given in tribute to the emperor or royal family) produced in Fujian, and one of the most well known teas produced during the Song Dynasty.  The Beiyuan area is located around Phoenix mountain in Fujian, and had been a tea producing area since the earlier Tang Dynasty.  This tea was a compressed type of tea, with the leaves compressed into cakes.  When these went out of fashion with the royalty the area began producing a partially oxidized loose leaf tea instead – the original Oolong tea. 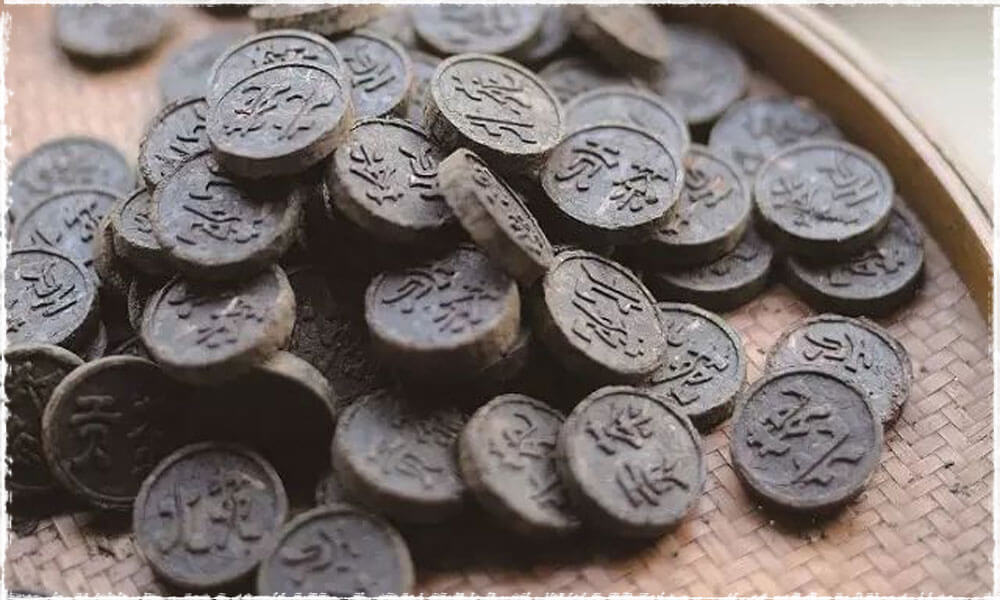 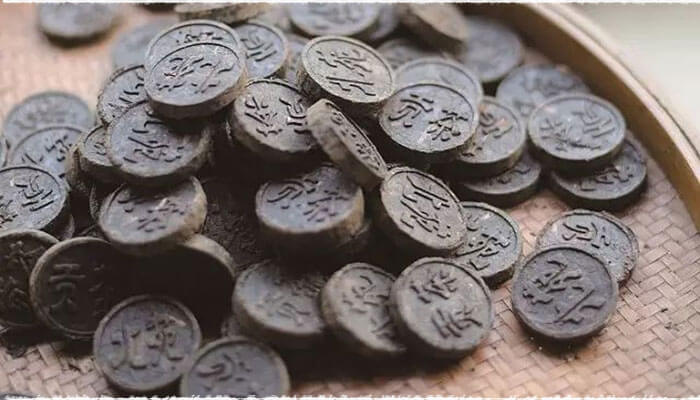 The legendary story of Oolong tea

There is a separate legend about the origins of Oolong.  During the Qing dynasty a tea farmer in Fujian was picking tea one day when he saw a deer.  Deciding to hunt the deer instead of processing the picked tea, it was not until the next day that he got around to finishing the tea.  However by that time the edges of the leaves had partially oxidized, and gave off a surprising good aroma.  So deciding to finish the processing as usual, he was surprised to find that the resulting tea had a completely new strong sweet flavor, that didn’t have any of bitterness that was usually produced.  This guy’s nickname was Oolong, and so the new tea was named after him. 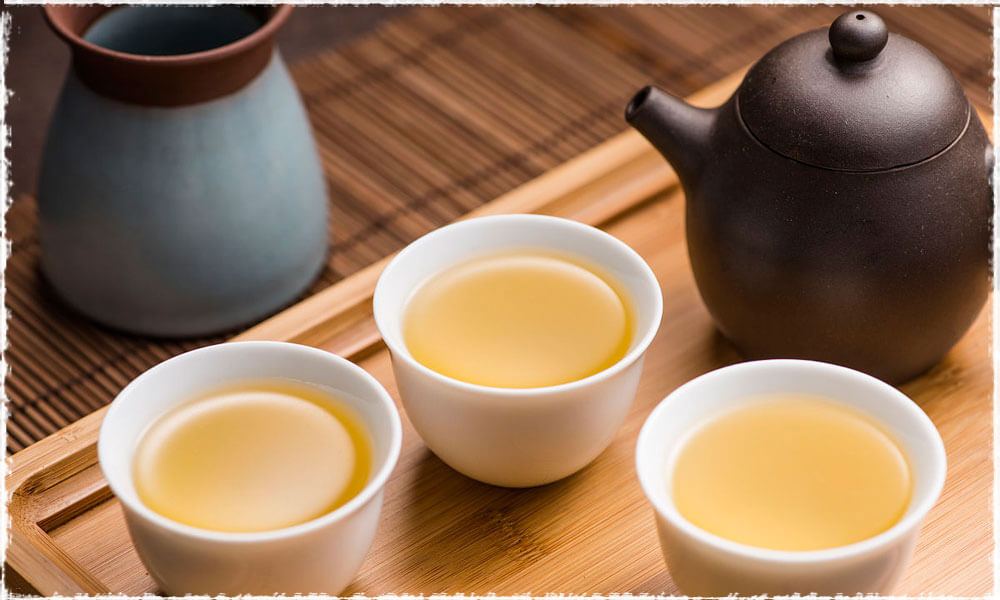 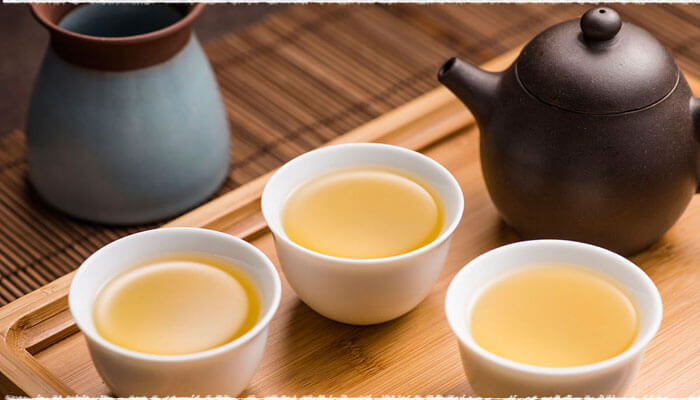 The history of Taiwanese Oolong tea

In the early 1800’s a Fujian tea merchant took some seeds to Taiwan to see how well the plants would grow there.  It proved to be very successful and so in the following years tea production in Taiwan became very widespread.  However for the first half of the century most of the tea was sent back to Fujian to be processed there.  This changed in 1868 when a British man named John Dodd decided this was hugely inefficient, and so hired some Fujian tea masters to setup tea processing in Taipai.  This worked out very well, and in the following year Dodd shipped 127 tonnes of what was then called Formosa tea to the United States, where it was a great success.  From that time on, Oolong tea has been the most widely exported type of tea from Taiwan.