From Song and Yuan dynasties(960—1368) to early stage of Ming dynasty（1368－1644）, the overall trade of Chinese tea is subject to government’s severe restrictions and develop slowly. Especially, around that time according to the law anyone who smuggled Teas to other countries by ship could be sentenced to death. This kind of horrible storm hang over Chinese tea trade for years and did not disappeared until the Zheng He's Expedition to west sea from 1405 -1433. The（宝船） treasure ship, as all of the boats of China's first blue-water navy were known, carrying precious Bohea tea as well as other priceless treasures, was commanded by great navigator and explorer Zhen He has brought tea trade into a new era. 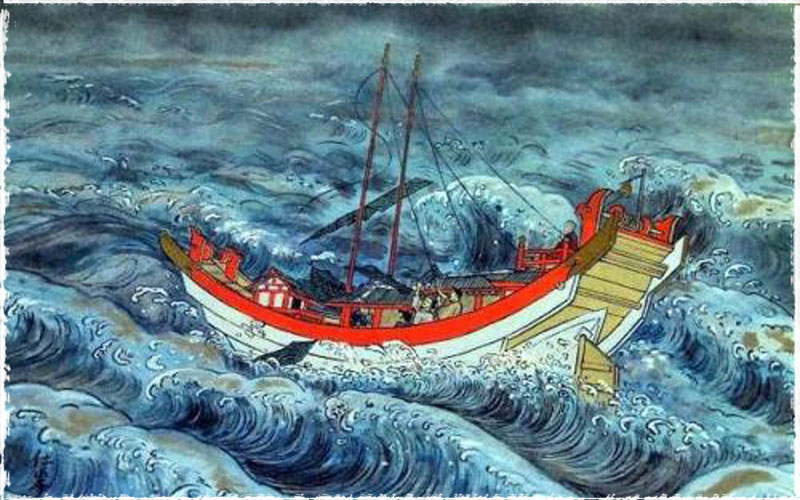 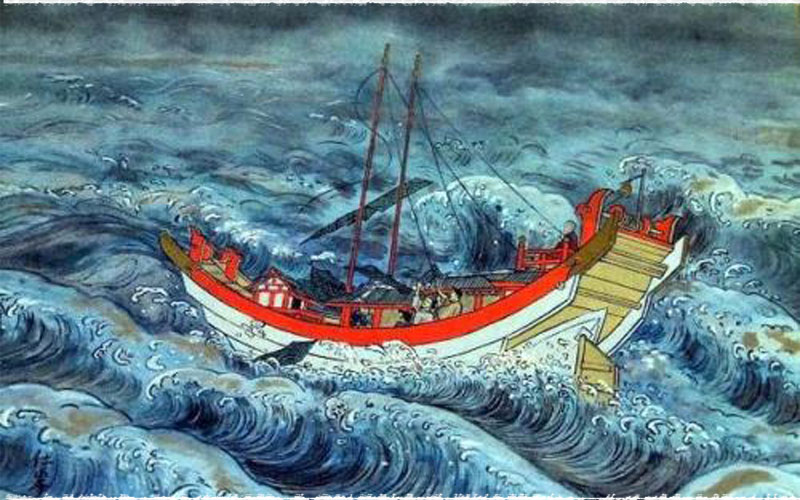 There are two views about question when and how did Chinese tea first enter European market. Some says, In 1607 Dutch East India Company began to purchase Chinese Bohea tea and shipped them to Java being as an important transit point finally distributed to European counties. But other version pushes this time back to AD 1666. Tea became the main ingredient of the European daily life in around 1680. Henceforth European people use term “Bohea tea” as an umbrella term to refer to all teas from far China. 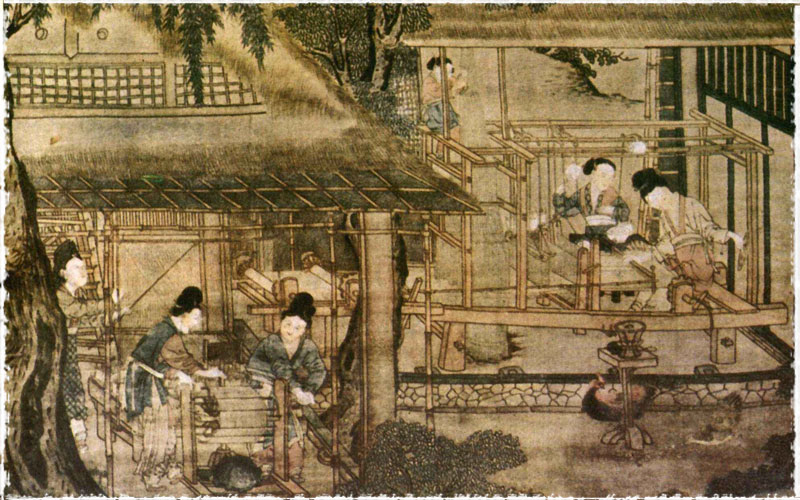 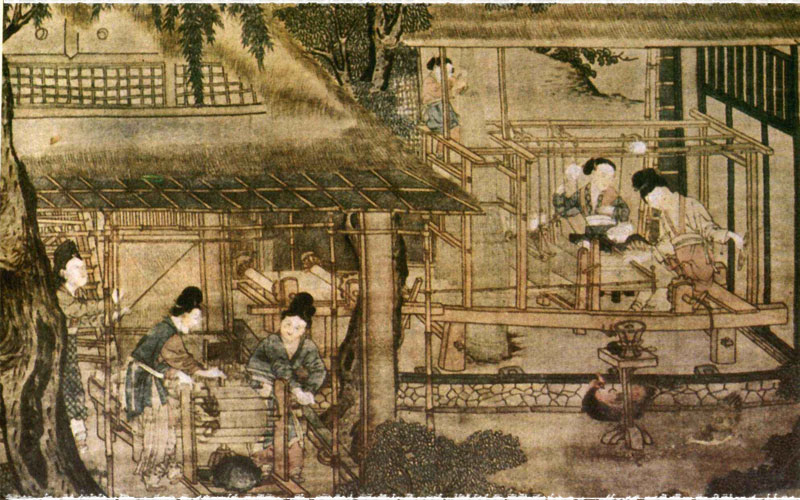 There is more than one reference about Chinese tea export you can find in famous book ALL About Tea written by Wilian H. Ukers. In his book he said “In 1607, Dutch East India Company began purchasing teas in Macao and shipped them to Java then distribute to nations of European”. This is the first record about Chinese tea exported to European. It was the time then Japanese green tea occupied the largest share of market, the appearance of Chinese tea like cardio tonic injected to the European tea market. Short time later, the former has been beaten down by those new comers with their marvelous taste.

“Those Dutch merchants imported green tea first, and then BOHEA TEA from China “said in book ALL About Tea. In a short span, Chinese teas become a favorite of Dutch people and generally an indication of popular fashion.
Followed the steps of Dutch man, the crafty English merchants learn this trick of how to do business with Chinese very quickly, and rushed to china and came back with Chinese tea with the cost of silver. Allured and big profit and impelled by capitalist greedy, Britain and Holland the two naval superpowers involved in early tea trade fought against each other for their ultimate goal of occupying more capital markets including tea markets of course. The winner Britain finally controlled most European tea trade with China. 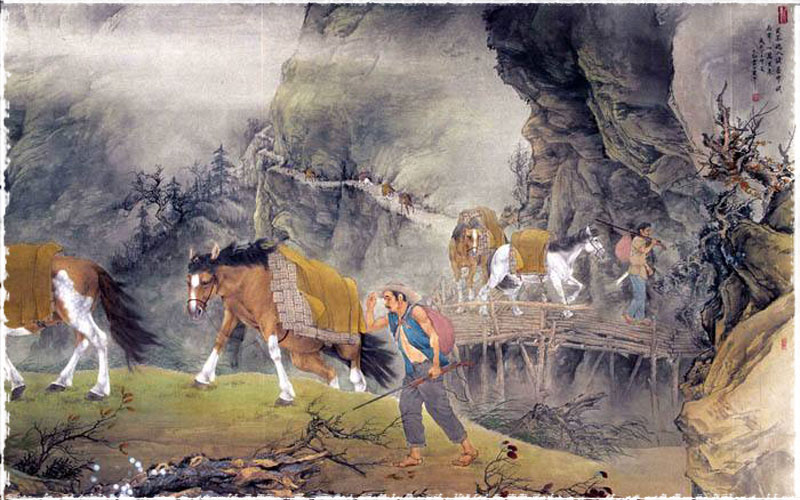 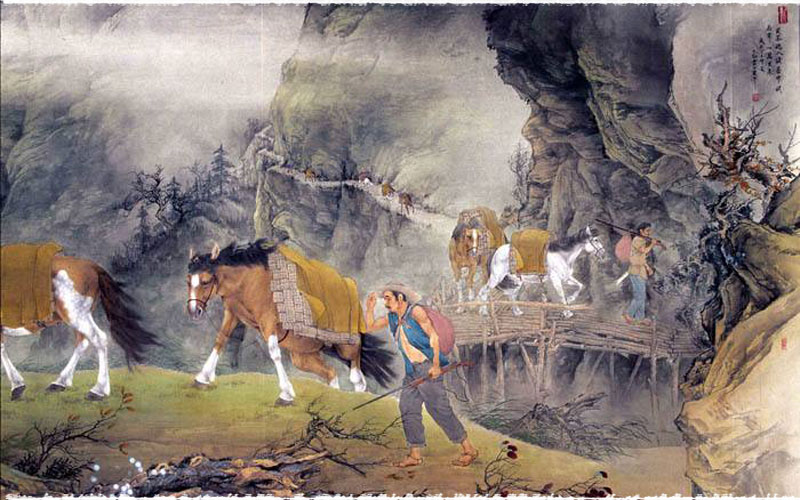 In the 17th and 18th centuries the demand for Chinese goods in the European market created a trade imbalance because the market for Western goods in China was virtually non-existent. At first, of course, the amounts were not very large, but toward 1750, with the British buying millions of pounds of tea a year, they had to pay for two-thirds of it with silver coin or bullion. To alleviate the financial pressure they had to resort to Opium. This reverse flow of silver and the increasing numbers of opium addicts alarmed Chinese officials. In 1839, the Daoguang emperor, rejecting proposals to legalize and tax opium, appointed Lin Zexu to solve the problem by abolishing the trade. This event utterly stimulus the contradiction and the clouds of war above Canton become darker. The Opium War, finally came in 1840, was speedily ended with the Treaty of Nanking in 1842, by which the Qing Dynasty has been forced to accept “free trade”. Later in the middle 1800s, the Treaty of Five Ports Commercial Intercourse promoted the Chinese tea export objectively. Later, both of the export value and volume of Chinese tea export have reached an all-time high; have topped to 2,540,000 Dan (approximately 127,000t) in 1880 and 2,680,000 Dan (approximately 134,000t) in 1886 the record high. 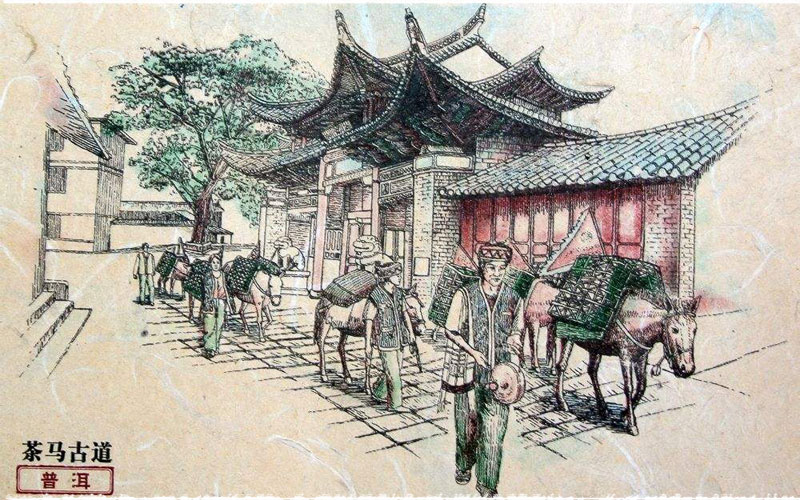