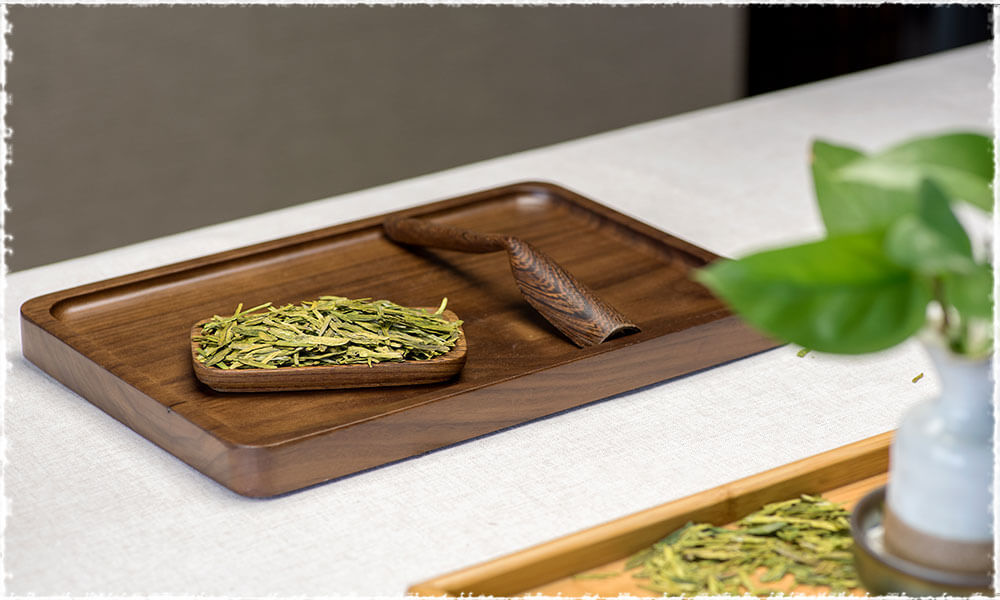 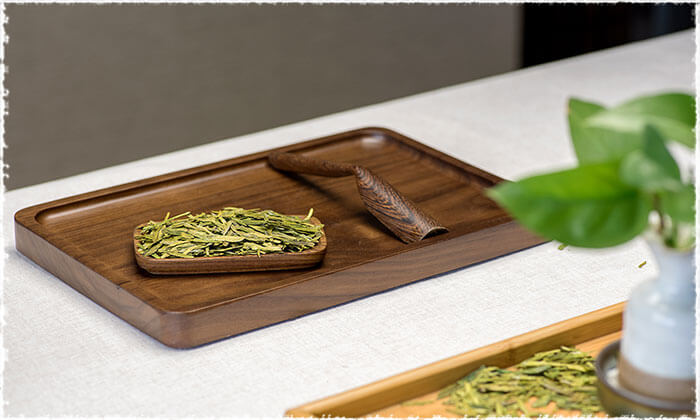 China's tea culture is the culture of making tea and drinking tea. As one of the must-do 7 things in life, drinking tea is very ordinary in ancient China. Lu Yu, the Tea Sage in Tang Dynasty, proposed the China's tea culture in history. From that time, the spirit of tea permeated into the imperial court and society, and went deep into poet, painting, calligraphy, religion and medicine. During thousands of years, China accumulates not only the material culture about the cultivation and production of tea, but also the abundant spirit culture of tea, so it is the proper culture of tea in China. 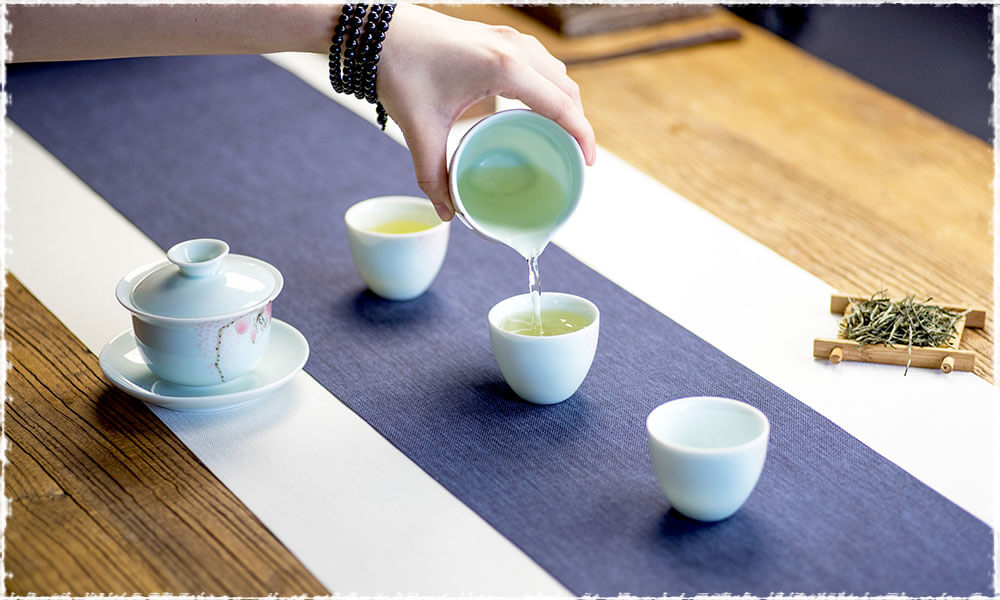 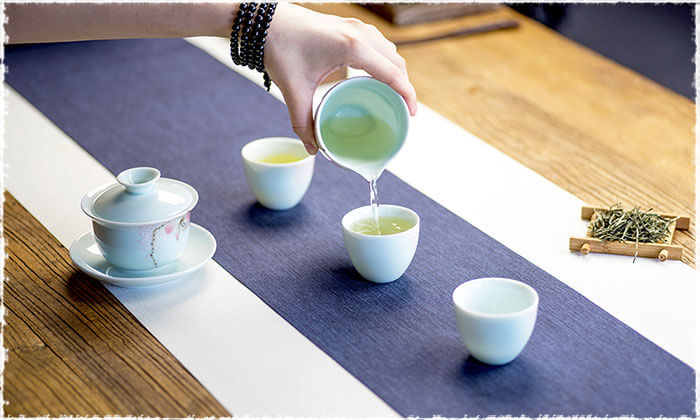 China is the hometown of tea, and is the earliest country finding, planting and cultivating tea tree. Tea has the drug therapeutic effect to fitness and healing, owns the temperament and interest of enjoyment, and is used for cultivating taste. People like to drink all fond of the Chinese tea art. And China's tea art enjoys great popularity in the world, and afferent into Japan in Tang Dynasty. Since antiquity, China stresses on the tea art, and accumulates abundant experience from the set of tea to the skills of making tea.

How to make a cup of great tea? First, know about the characteristics of tea; second, master the scientific skills, to let the inherent quality of tea send out adequately. Chinese people think enjoy different kinds of tea in different seasons. For example, enjoy flower tea in spring, enjoy green tea in summer and autumn, and enjoy black tea in winter. 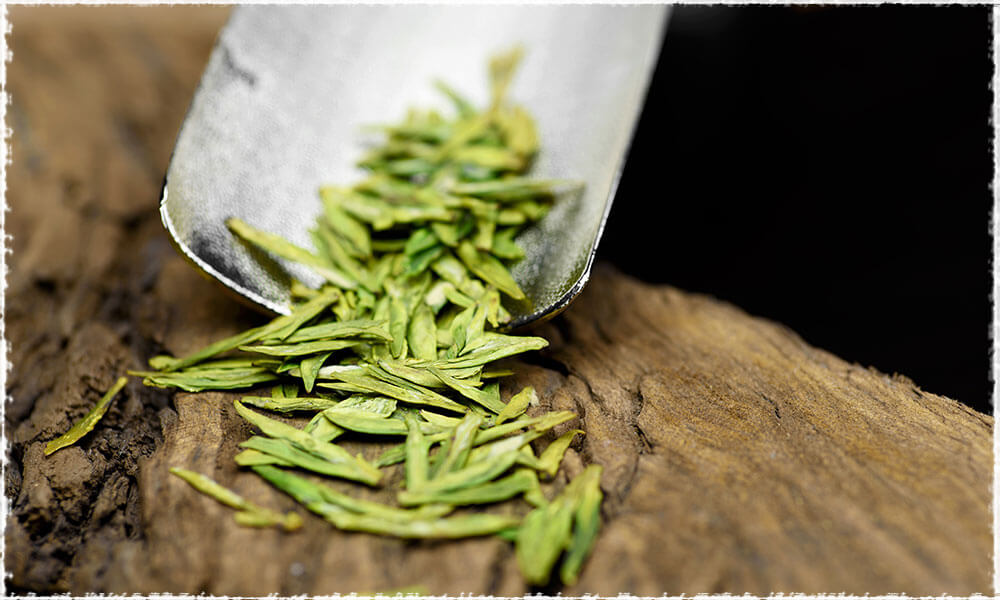 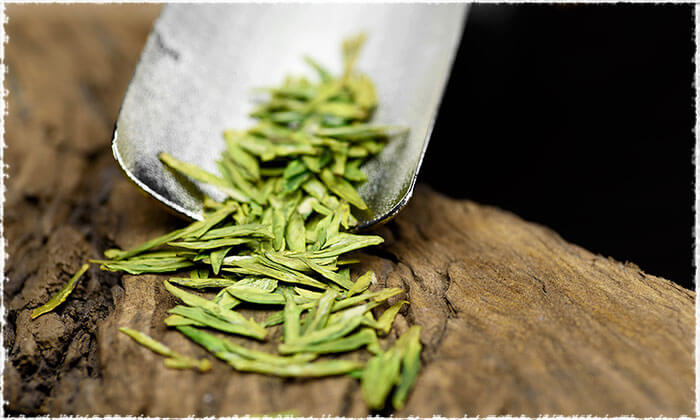 Among so many kinds of green tea, West Lake Longjing Tea is the most famous one. For most tourists, one of the things to do in Hangzhou tour is to taste the Tea. So, Hangzhou is famous all over the world owing to not only the West Lake, but also the Longjing Tea which gets its name because of native to West Lake in Hangzhou. West Lake Longjing Tea is one of the famous Ten Teas in China, with long history of 1,200 years, was listed into top grades in Ming Dynasty, and listed into tributes in Qing Dynasty. Longjing is the name of tea, spring and place, and what it brings to China is the proud Longjing tea culture.

People who fond of the Longjing tea always like to explore the Longjing culture by tasting the tea, visiting the spring and place. So, what Hangzhou travel takes is an impressive enjoyment to Chinese tea culture and the world famous spots.