Boiling tea can not only better show the taste of tea but also improve the antioxidant content of tea. So, to know which kind of tea is suitable for boiling and to learn the required boiling method can enable us to better experience the fun of boiling tea.

Tea is China’s “national drink”, and also one of the world’s three major drinks. Tea drinking history of Chinese people started with chewing of raw fresh leaves directly, and then turned to boiling the raw tea leaves, so that formed the primitive method of tea boiling. Studies have shown that if tea has been boiled for 5 minutes, the concentration of antioxidant which can absorb harmful substances will reach to the highest level. Moreover, one hour after we drink this boiled tea, the antioxidant levels in our blood would have increased by 45%. Although boiling tea seems has lots of benefits, but actually it does not mean all the tea are suitable for boiling. Next, let’s discuss which kinds of tea are suitable for boiling according to their characteristics.

Generally speaking, boiling tea can be divided into two ways, one is to boil the dry leaves directly and another is to boil the brewed wet leaves. For instance, white tea with soft and light taste is suitable for the first boiling way, while dark tea with rich and strong taste is much more suitable for the second way, that is to brew the tea firstly for about 5 – 6 times, and then boil the wet leaves. This way can avoid getting a too strong tea liquid. 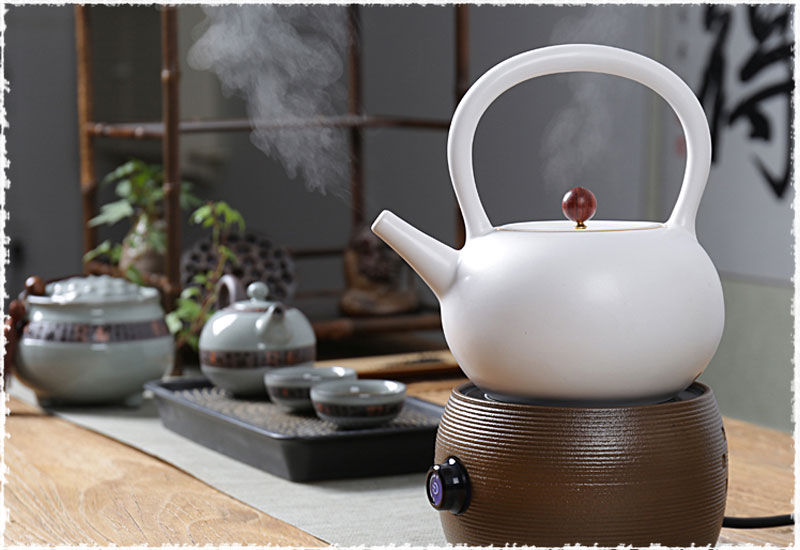 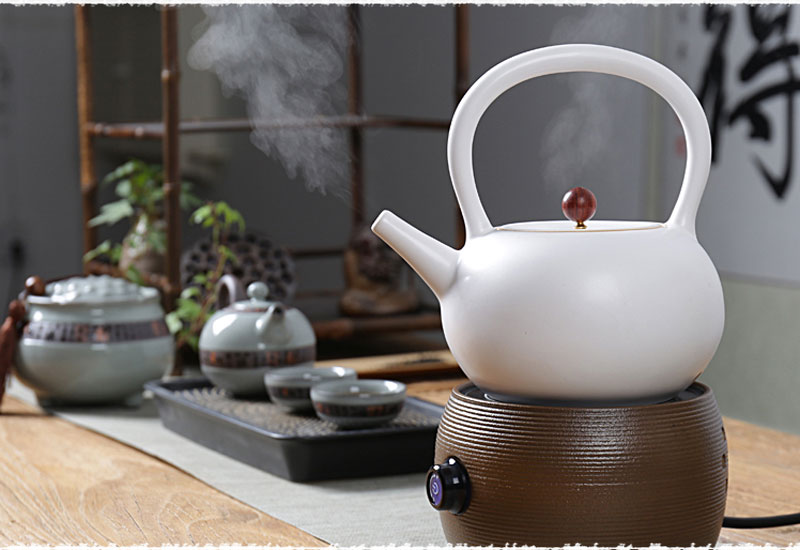 Green tea is featured by its green buds, pure light liquid, elegant aroma and fresh taste. This tea is made by mostly pure and tender tea buds, so the suitable water temperature for brewing green tea is about 80 – 90℃. Otherwise, the high temperature will ruin the tea leaves, destroy the vitamin C ingredient and result in a bitter taste, so green tea is not suitable for boiling.

Black tea belongs to full-fermented tea. There are two main ways to drink black tea — pure drinking and blend drinking. Pure drinking (qingyin, 清饮), means brewing the tea without adding any other flavors or drinks, and only taste the original flavor of black tea. By this way, the brewing water temperature should be controlled within 85 – 90℃, because high temperature will cause a sour taste so that may cover the sweet and soft taste of black tea. Apparently, black tea is not suitable for boiling if we want to drink it purely. But what if we want to boiling black tea? Then, making blend black tea may be a good choice, for example, add some herbal tea, milk, sugar, ginger and so on. The boiled black tea will taste mellower, while milk or sugar will cover its bitter taste and reconcile it to a richer and more fragrant taste. 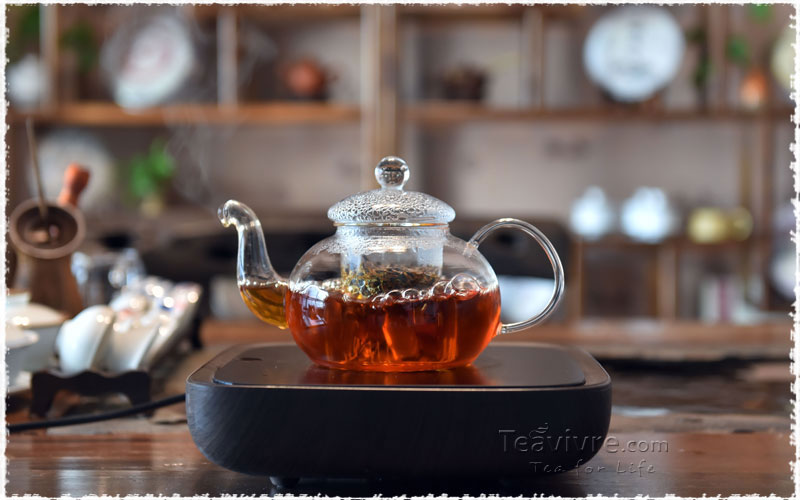 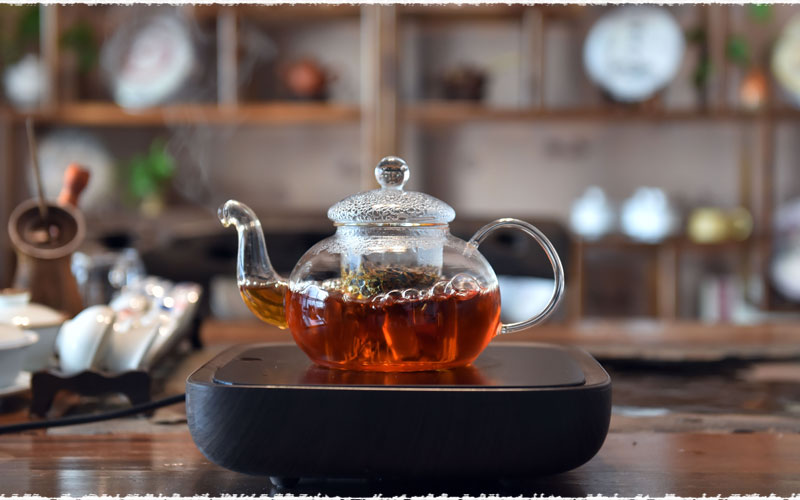 Oolong tea is half-fermented tea, which is characterized by the floral fragrance. It not only contains the charm of black tea but also the freshness of green tea. Zisha teapot is the most suitable teaware for brewing oolong tea. The good insulation of Zisha teapot will contain and release the tea fragrance better; meanwhile, the teapot which has been nourished by the tea liquid can make more delicious tea. Generally speaking, the new oolong tea is not recommended to boil, which may easily cause a strong and bitter taste and cover the original floral fragrance. As for some aged oolong, like Tie Guan Yin, and some Wuyi rock tea, like Da Hong Pao or Phoenix Dan Cong, are all able to be boiled. It is commonly known that these tea are able to be brewing for many steeps, so after some steeps, the tea leaves are still retain a lot of flavor which might not easily brew out by hot water. Under this circumstance, we can try to boil the wet leaves to help the flavor release out thoroughly.

The making process of white tea is picking and drying (usually by natural sunlight or slow fire). White tea is usually covered by sliver white pekoe and has mellow, soft taste. According to the different picking standards, white tea can be classified into silver needle, bai mu dan and shou mei. Silver needle and bai mu dan are mostly made by pure tea buds or one bud with one leaf. Therefore, the required brewing temperature should not be high, and also not recommend boiling.

However, we believe that many people must have heard about boiling aged white tea. This is because aged white tea has thick stems which are rich in fiber and contain lots of nutrients. White tea can be boiled directly, or we can also firstly brew it for 4 – 5 steeps, and then boil it in a teapot after the tea liquid tastes lighter. Through this way, the taste comes out richly and mellowly without any bitterness, combining with the delighted jujube and herbal incense. At the same time, boiling aged white tea also has positive effect on cold. 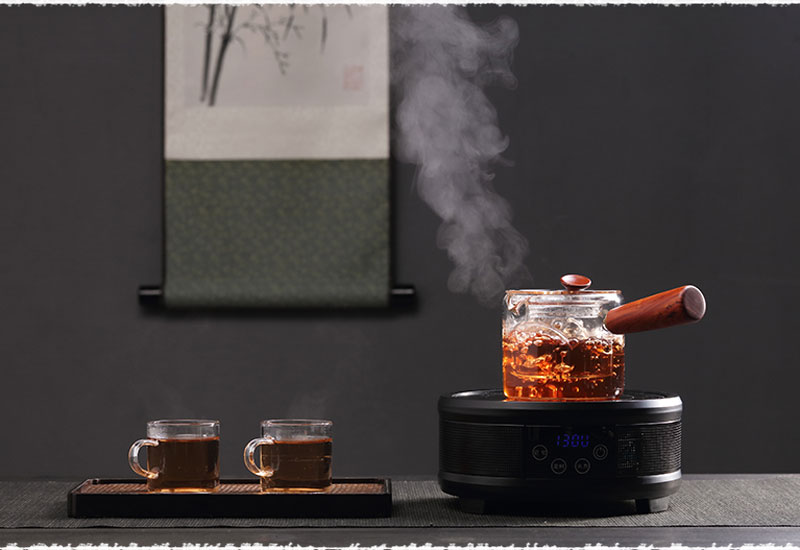 Pu-erh tea are mostly made of Yunnan large-leaf tea bush species, its making process is similar with green tea. According to different fermentation degree, pu-erh tea can be divided into raw pu-erh and ripe pu-erh. Pu-erh tea can be boiled, but not all the pu-erh is suitable for it. Experts have pointed out that pu-erh tea (here refers to the raw pu-erh) is better to brew to drink. Because the raw pu-erh is more irritating to the stomach than ripe pu-erh, and boiling tea may cause the tea liquid stronger than usual, which may not only affect our sleep quality but also do harm to our stomach. Thus, we do not recommend boiling raw pu-erh tea.

While as for some ripe tea, especially the aged ripened pu-erh tea, due to their higher aging degree, they need higher brewing skills. For example, the water temperature should be high to release out the inner substances; brewing time is also important, too short, the taste will be light, too long, the taste will be strong. So if we cannot handle the brewing skills well, it’s hard to get the rich, mellow and sweet taste of aged pu-erh tea. Therefore, boiling tea may become a better choice. In addition, the Mandarin Orange Ripened Pu-erh Tea, which has become more and more popular recently, is also suitable for boiling. By boiling method, the taste of the tea leaves, which has been warped tightly in the mandarin peels, will come out thoroughly, and blend well with the sweet flavor of oranges.

Of course, if we are afraid that we can’t control well of the boiling time so that may cause the tea taste too strong, we can also use the boiling method of age white tea — to brew the tea for several steeps first before we boiling it. 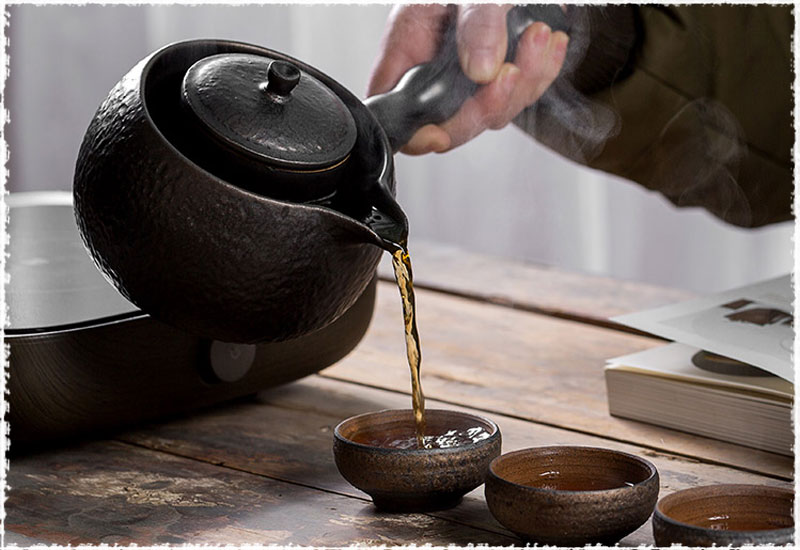 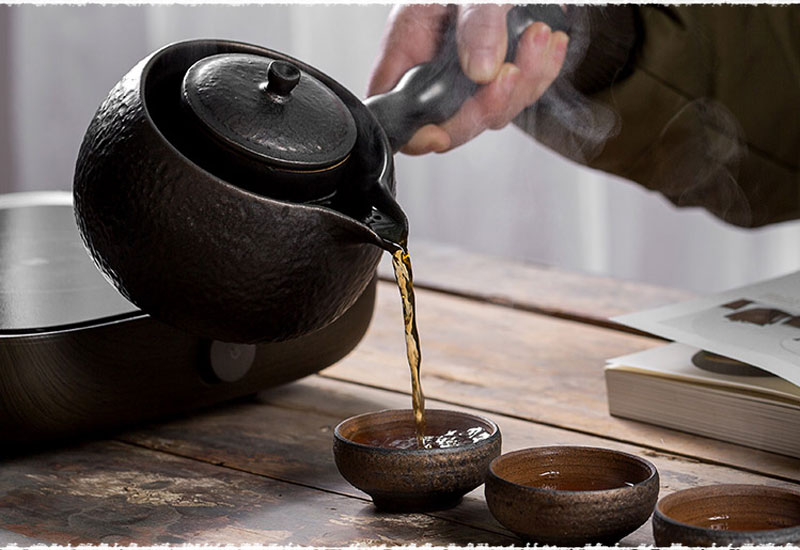 Dark tea belongs to post- fermented tea, which is usually made by rough tea material, and need a long period of pile-fermentation. It is featured by the rich earthy aroma, mellow mouth feel and dark brown tea liquid. Dark tea can both be brewed and boiled. Teapot made by coarse pottery is the best teaware for boiling black tea, because its good absorbability can eliminate some other flavor, which may produce during fermentation and long-time storage, making the aged notes of dark tea more prominent.

Some Tips for Tea Boiling

1. The tea amount for boiling would better to reduce to 2/3 of usual amount. The best boiling time is about 3 – 5 minutes.

2. For brewed wet leaves, it’s better to use warm water to boil again, or the taste will not as good as before; for the dry leaves which have never been brewed, we can rinse it firstly, and then use cold water to boil, so the leaves will easily stretch out.

3. To avoid boiling the tea liquid repeatedly, it’s better to finish one teapot of tea before we boil another one.

4. Please avoid dry boiling and excessive heat or cold for safety, no matter what kind of teapot you used.

Tea boiling was prevalent in Tang Dynasty, which plays a very important role of Chinese tea drinking history. The pros and cons of boiling tea have always been a topic that discussed by people for a long time. In fact, regardless of brewing tea or boiling tea, as long as we can use the scientific method to get better taste, health effect and joy from it, then we have reached our goal of drinking tea. Having some friends to enjoy a pot of boiling tea when we are relaxing must be a great experience! 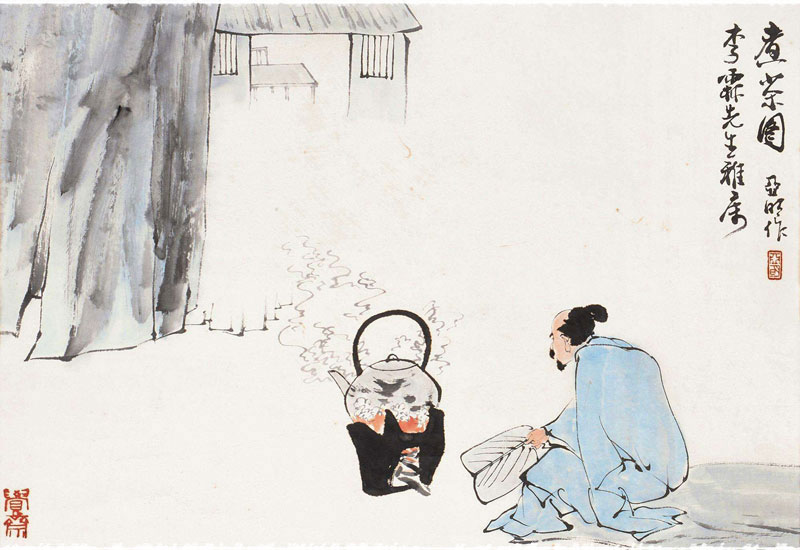 Pu’erh Tea — the Aged the Better?
How to raise Jian Zhan
What is the connection between Anji White Tea and White Tea?