Pu-erh tea has been touted for many years as a great weight loss tea because of its ability to help us burn fat and shed pounds. It loses your weight safety and can product your stomach. The best way to weight loss is to brew and drink pu-erh tea every day. Then each time you will gain the health benefits of the Pu-erh tea.

Pu-erh tea has been touted for many years as a great weight loss tea because of its ability to help us burn fat and shed pounds. It loses your weight safety and can product your stomach. The best way to weight loss is to brew and drink pu-erh tea every day. Then each time you will gain the health benefits of the Pu-erh tea.

Introduction of the Health Benefits of Puerh: How It Works

The health benefits of Puerh Tea perform as assistance. You should not be willing prospective results only by drinking the tea. To reach the goal of being healthy, a rationally scheduled habit of diet is as important as taking exercises.

During the process of ferment, large molecules of carbohydrate decompose into small molecules of sugar and soluble sugar. Soluble sugar is the key of forming the taste and viscosity of Puerh liquid, which presents the flavor of “sweet”.

Tea Polyphenol is the most particular feature in tea. It will be fermented into tea pigment, which gives liquid the unique color and brings out the pristine red brown color of Puerh. 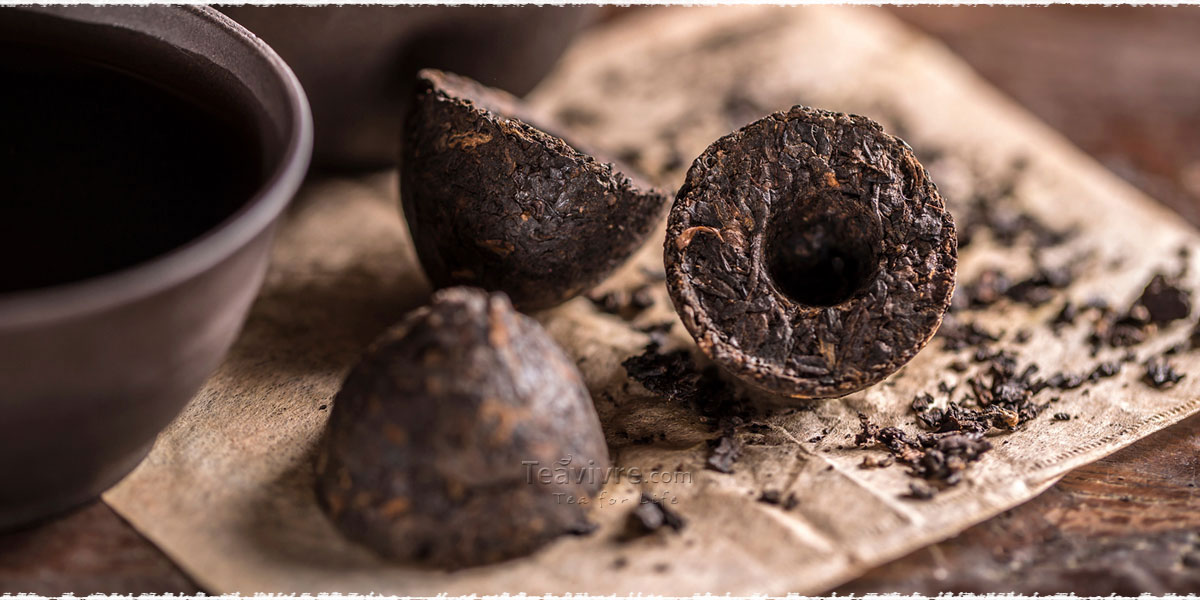 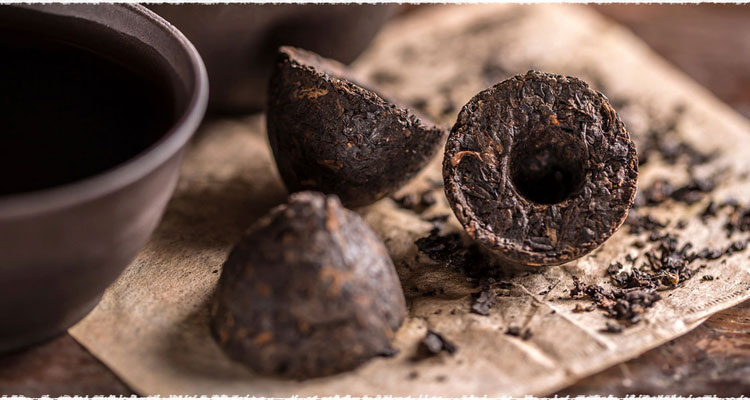 The microorganism in Yunnan Puerh tea are brought out by fermentation (Wodui), including aspergillus niger, penicillium, rhizopus, aspergillus glaucus, saccharomyces and bacteria. The last one is in very small amount and doesn’t contain pathogenic kinds. During the process of fermentation (Wodui), aspergillus niger and saccharomyces ocuppy the largest amount in the microorganism it produced. We will mainly talk about these two in this article.

Aspergillus niger is a kind of lower eukaryote and is safe for eating that recognized worldwide. It is a significant microorganism in determining of Puerh’s quality. During fermentation, aspergillus niger always has the largest number in all the microorganism. It helps the fermentation and produces glucamylase, cellulose and pectinase. The three can resolve many organic compounds, including polysaccharide, fat, protein, natural fibre, pectin and insoluble carbohydrate, into monosaccharide, amino acid, hydrated pectin and soluble carbohydrate, making the beneficial substance in tea leaves easy to ooze and spread. This action results the basis of Puerh’s smooth and mellow taste. This is why we said aspergillus niger plays the most important role in Puerh’s quality by producing organic acid and enzyme via metabolism.

Microorganism in teas does not only improve the nutrition value of Puerh, but also influences the quality of liquid.
During fermentation, the wet and hot condition provides the best environment for saccharomycetes to metabolize by improving enzyme’s activity. When other microorganism are using different polysaccharide as carbon source to metabolize, and producing plenty of polysaccharide and monosaccharide, which provides nutrition for saccharomycetes to metabolize fast. The fast metabolism results the sweet and mellow quality of the tea. We can say that the growth of saccharomyces is greatly connected with Puerh’s feature of sweet and mellow.

The Reason why wodui won’t breed bacteria
Why there are just few kinds of bacteria existing during the process of fermentation while almost no pathogenic bacteria? It’s the result of the combat between every microorganism. For example, the metabolism of saccharomycetes and mould could restrict the growth of bacteria. This is a summary of years of experiences from the workers.

The Different Health Benefit between Raw and Ripe 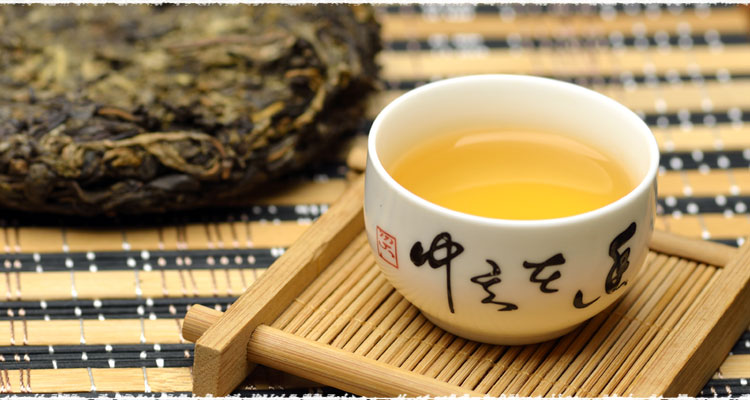 Those functions of health benefits act differently in Raw Puerh and Ripe Puerh. In Raw Puerh, the function of losing weight mainly comes from tea polyphenol, chlorophyllin, Vitamin C and other beneficial substance in teas.
What is Raw Puerh Usually we call none-manually-fermented Puerh tea as Raw Puerh.

As it is not fermented, the tea polyphenols that help weight loss in Raw Puerh are maintained in larger amount. Like Yunnan big leaf species, it has plenty of tea polyphopnels, especially in spring fresh tea. Rich tea polyphenols help the body of detox and anti-radiation.

Tea polyphenols, within which existing the catechin and its oxidation product theaflavins, are helping decrease the level of cholesterol and triglyceride. Thus Raw Puerh can help to control blood fat so that it can lose weight and lower blood pressure.
What’s more, tea polyphenols can kill lactic acid bacteria and other bacteria hiding between teeth, and inhibit the activity of glucose polymerase. Bacteria and germs will be prevented from planting on the gum. Residual food between teeth may grow bacteria, whereas it could be killed by tea polyphenol. Consequently, the forming of decayed teeth will be stopped. So long-term drinking of Raw Puerh can protect your teeth.

In Ripe Puerh, the function of losing weight comes from different aspect. It is the result of the integrative action of various sorts of effective microorganisms. The action will reduce the absorbing of triglyceride and sugar in small intestinal, and improve its effects of resolving fat in waist and abdomen. 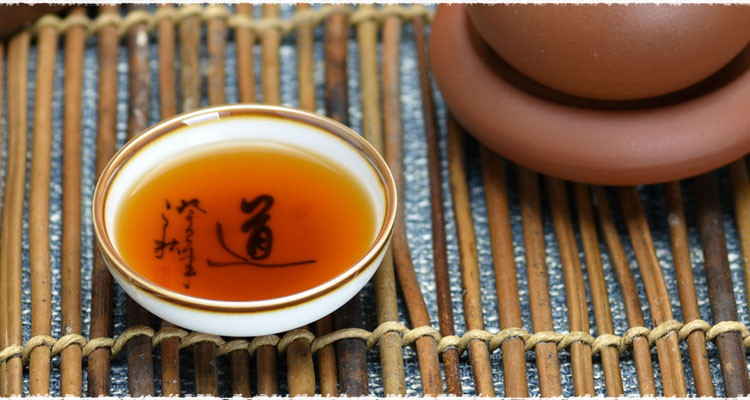 Fermented by wodui, macromolecular polysaccharides in Ripe Puerh are transformed into soluble monosaccharide and oligosaccharide because of microorganisms. During the fermentation, the amount of Vitamin C was double increased. These substances have great significance to improve immunity.
With abundant microorganism in it, Ripe Puerh is not irritative to stomach. It can produce a membrane to cover stomach wall, therefore protect your stomach. Frequently using of Ripe puerh will do good to your stomach.

Effects of exercises for losing weight

The health benefit of losing weight of Puerh tea is a half of the weight loss plan, which could be considered as resolving fat via chemical effects. On the other half of the plan, we should take physical measures, doing exercises.

Keep diet, keep healthy
You should eat to be strong enough to lose weight. It is paradox but rational. Supplement of energy is important. Three meals of everyday are needed. And they should be taken appropriately. Either too many or too little will be bad for health.

Don’t do strenuous exercises immediately after meal
Strenuous exercises after eating any food will influent digest, which is bad for your health. Meanwhile the health benefits of Puerh will not be perfectly performed. It’s better to take exercise after an hour of your meal. Or do it in 1 – 2 hours before meals.

Do your exercise properly
Overdo exercises will exhaust your energy, and make your body secreting acid. This is why your body feels tired. By this time you could take alkaline foods to balance pH value, such as teas. Life lies in motion. Exercise can strength your body. Meanwhile by taking green drinks, like tea, you could get more health benefits, and won’t be bothered with disease.

Start Your Tour of Pu-erh 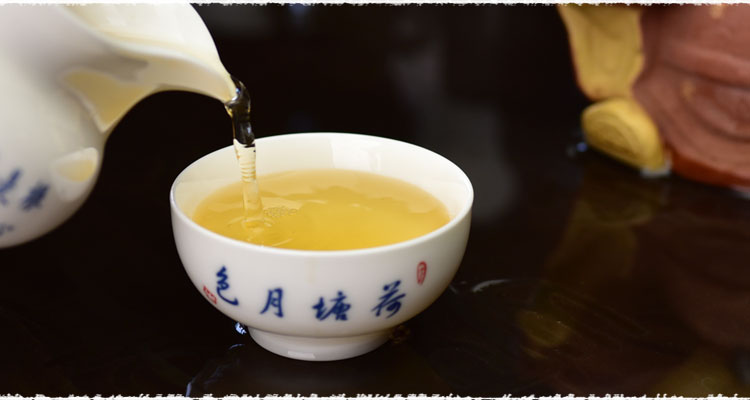 Effects of losing weight by drinking teas performs slowly. Your favorite flavor is also lowly formed by thousands of tastes of different teas. That’s how we said quantity breeds quality. If you are fresh of Pu-erh tea, you should know well about it before your first brew, like Pu-erh can be divided into Raw Pu-erh and Ripe Pu-erh. These two kinds present varying flavor and color because of the mysterious craft of “Wodui” (pile-fermentation). The article Understanding the Difference between Raw Pu-erh Tea and Ripe Pu-erh Tea will help you to know Pu-erh based on the learning of the difference between Raw Pu-erh and Ripe Pu-erh.

Most people indicated of being unused to the special flavor of Pu-erh. For the first try of Pu-erh, it will taste very different from Green tea and Oolong tea. The flavor is formed during the process of Wodui (pile-fermentation). Here TeaVivre will explain to you what Wodui is and how it works. Wodui, the pile-fermentation, refers to ferment tea leaves by piling them up. To cover a fabric on the pile, pour water on it and heat up the temperature will speed up its process of fermentation. Microbes which produced during the fermentation will cause chemical reaction, and then bring the special earthy and fishy taste into finished teas. If it’s your first attempt of Pu-erh, the taste may confuse you – it is not so easily acceptable. Actually it is the normal flavor of Pu-erh. We suggest you to start with mini Tuo cha or loose Pu-erh, then gradually adapt to the flavor. 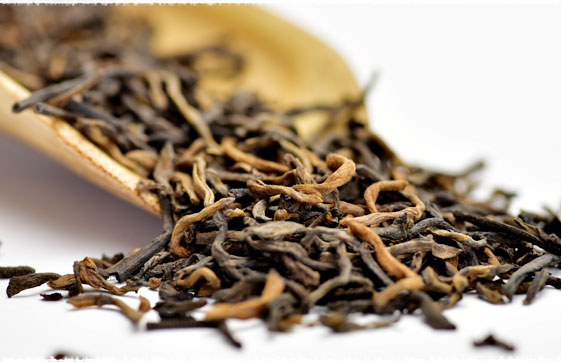 Tips: mini tuo cha needs rinsing twice. Use a small amount of water that just cover over the teas for rinsing. The video below will show you how to brew Pu-erh tea.